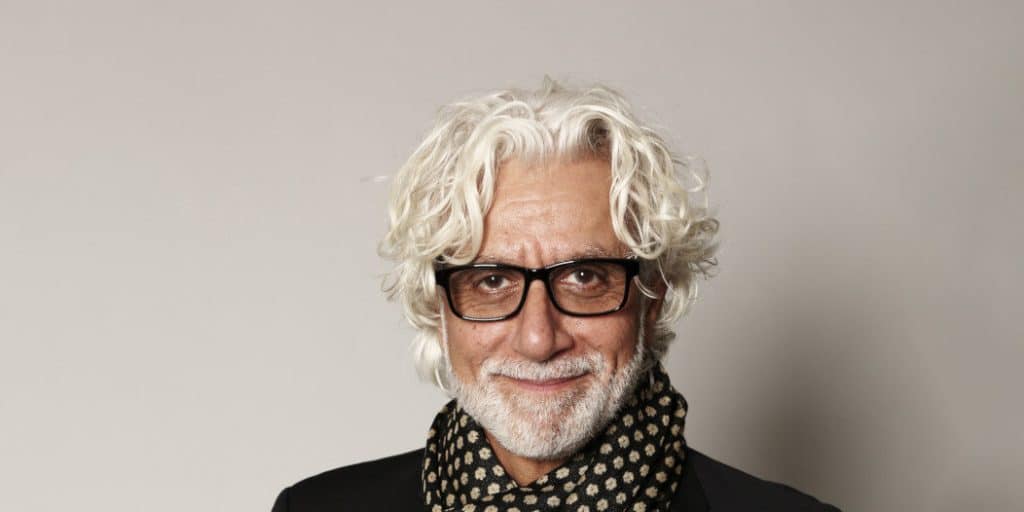 Who is Ric Pipino?

Ric is a celebrity hairdresser, but perhaps best recognized as the ex-husband of the German-American supermodel Heidi Klum. He was born under the Zodiac sign Sagittarius on 5 December 1968, in Sydney, New South Wales, Australia. As of 2022, he’s 53 years old and holds Australian nationality.

Not much is known about his family and background, except that he has three surviving brothers, Jim, Leo and Ted, while his older brother Marc who was also a renowned hairstylist, died in 2007 from leukemia.

Ric spent most of his formative years in Sydney, where he attended a high school. It remains unclear whether he pursued any further academic path.

How did he start his career?

Ric began building his career in his hometown, then after four years he relocated to London, UK, in search of better opportunities. In no time, he established himself as a skilled hairdresser, and became known for his “sheer magic”, which saw him featured in several high-profile publications and magazines, including “British Vogue” and “Harper’s and Queen”. In 1991, Ric joined his brother Marc in New York, at his luxury salon “Pipino Buccheri”.

Taking to a media outlet, he revealed some details about his brother’s job and industry at the time, saying: ‘It was a new thing happening in the beauty and fashion world. He was one of the big hairdressers to come out of Vidal Sassoon. It was one of the hottest salons in New York at the time. It allowed people to be creative and have a home to showcase work on clients as well.’

Ric remained in New York for the next two decades, making a name for himself as a celebrity hairstylist, attracting a number of celebrities and Hollywood stars.

Ric helped build his profile working at the New York and Miami Fashion Weeks. Having obtained the knowledge and a long list of happy clients, in 2002 he launched his salon entitled “Pipino” at the Shore Club in Miami, and for the remainder of the decade, continued expanding his business, adding the salon, “Pipino Nolita” in New York City.

In 2013, Ric began collaborating with Patrick Melville, another celebrity hairstylist, and changed the name of his salon to “Melville Pipino Salon”. In 2015, with Gil Haziza he co-founded the “Hairstream”, the first luxurious mobile salon, which offers on-location services for all those unable to visit the “Airstream”.

As a popular and sought-after stylist, throughout his career, he’s partnered with various brands, including “Lesportsac”, “Allure” and “Gurney’s” among others.

In 2016 Ric launched another salon, “Hairspace”, at Gurney’s Montauk, the resort and seawater spa located in the Hamptons. He mostly operates from his Manhattan and Montauk offices while traveling with his mobile salon, providing his service across the world.

The list of his clients is as long as it gets, and includes a large number of celebrities such as Lady Gaga, Bridget Monahan and Elizabeth Banks. Additionally, he’s worked with fashion designers and photographers such as Ralph Lauren, Rosa Cha and Annie Leibovitz. While working in the US, his ‘magical touch’ was featured in widely known magazines such as “Cosmopolitan”, “Elle” and “Playboy”.

In addition to his prolific career as a hairdresser, he also tried his luck as an actor, portraying a minor character in the 2001 comedy movie “Zoolander”, and made an appearance in the episode of “E !True Hollywood Story”, which focused on the life of Heidi Klum.

Ric and Heidi Klum began dating in the ‘90s, and tied the knot on 6 September 1997 at Stone Ridge in upstate New York. They didn’t have any offspring, but in 2002 announced their separation – the divorce was finalized in 2003. Reportedly, there was no bad blood between the two, and they remained on good terms.

Ric then started a romantic relationship with the executive director of M.A.C, Jenne Lombardo.

Later, they announced their engagement but never actually walked down the aisle, though welcoming three children together: Roxie J’Amie born November 2005), Bowie Vincent in March 2007, and Valentine in 2009).

Ric often posts photos of his children on his Instagram account. In an interview, he talked about his role as a father, saying: ‘Being a dad has been the most remarkable experience of my life.’ He and Jenne parted ways after some time, but have remained friendly for the sake of their kids. Jenne was linked to female model Jenny Shimizu; it’s believed that Ric is single at the moment.

As of 2022, Ric’s estimated net worth is around $4 million, which he’s earned through his career spanning three decades. On the other hand, his ex-wife Heidi’s wealth is in the range of $160 million.

He mainly uses his Instagram account, which also serves as a digital portfolio showing his work, techniques and clients; it currently has over 15,000 followers. He also has a Twitter account with over 1,500 followers, but rarely posts.

In August 2021, he launched another Instagram page entitled mybluechair_betty, inspired by his little blue chair called “Betty” that he uses for his clients. The idea for the site is to spark conversations about hair, and how it translates to a person’s personality.

In an Instagram post, he explained how the idea came to him, saying: ‘It all started with a $12 chair from Target, and a cross-country road trip.

Ric’s Blue Chair has seen it all, with destination stops at the most beautiful spots from East to West Coast, and now “Betty” is here to stay.’ At the moment, the site has 260 followers.

Ric also has an official self-titled page, which showcases his projects, product recommendations, and bookings.

Besides her impressive modeling career, Heidi has also established herself as an actress, host, and producer. She stepped into the world of high fashion at the age of 19, when she landed a contract worth $300,000, quickly emerged as one of the most popular models, and was subsequently featured in several magazines such as “Vogue”, “Elle”, and “Glamour”.

In 1998, she appeared on the cover of the “Sports Illustrated Swimsuit Issues”, then kicked off the new millennium with “Victoria’s Secret”, becoming the first German “Victoria Secret” Angel, continuing modeling for “Victoria’s Secret” during this entire decade, while collaborating with other designers, and launching several products ranging from calendars to lingerie.

In 2004, Heidi became the host, producer, and judge on “Project Runway”, broadcast on Bravo, which received several nominations for Emmy and Peabody Awards. Two years later, she became the main host of “Germany’s Next Top Model”, and hosted it through its 17 seasons.

Throughout her career, she’s worked with several high-end brands and designers, including “Givenchy”, Marc Jacobs, and Vera Wang. She has also made notable appearances in TV shows and movies, such as “How I Met Your Mother”, “Ocean’s Eight”, and “Parks and Recreations”. Heidi also served as a judge on “America’s Got Talent”, the reality competition series.

Talking of her romantic interest, she has had quite a turbulent love life. After divorcing Ric, Heidi briefly dated the Italian businessman Flavio Briatore with whom she had a daughter, Leni. Heidi then married the singer and host Seal, and they welcomed three children together. Their marriage fell apart in 2014, after which Heidi was linked to Martin Kirsten, her bodyguard, then the art curator Vito Schnabel. In 2018, she began a relationship with the musician Tom Kaulitz, best known as Tokio Hotel’s guitarist, and they married in 2019 in a private ceremony.