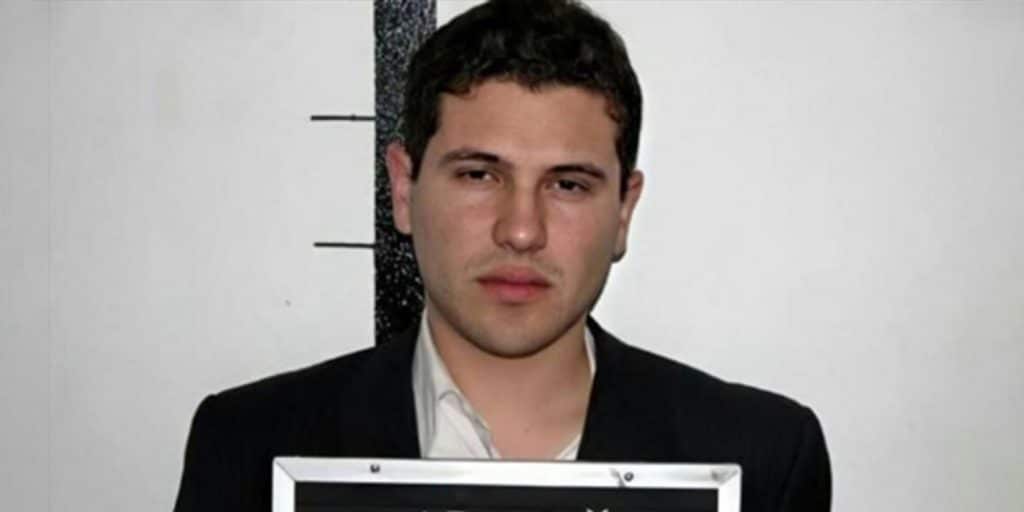 Archivaldo Guzmán Salazar is a Mexican drug dealer and cartel leader, who’s best known for being the eldest son and successor to Joaquin ‘El Chapo’ Guzmán’s. This biography will give a detailed account of his upbringing, family, and career as an international criminal, so keep reading.

Archivaldo grew up in a large blended family due to his father’s affinity for women.

He has three biological siblings by his mother: Jesús Alfredo Guzmán Salazar, César Guzmán and Alejandrina Giselle Salazar, and numerous half-siblings from his father’s other wives. All the Guzmán children were raised on a ranch owned by their father.

Los Chapitos and The Sinaloa Cartel

Ivan Archivaldo and his brothers were introduced to the Sinaloa cartel and its operations when they were teenagers. Following their father’s incarceration, he and his three brothers, Joaquin, Ovidio and Jesús (also known as Los Chapitos), formed the core of the cartel’s operations.

The Los Chapitos faction of the Sinaloa cartel under Archivaldo’s leadership earns its income through international drug trafficking.

The group has smuggled various narcotics ranging from marijuana to methamphetamine into the US. Also the brothers recently started the exportation of opioid fentanyl, and added Australia as one of their markets.

On 15 February 2005, Archivaldo was arrested in Guadalajara (Western Mexico) on money laundering charges. However, his father, unwilling to see his son murdered in prison, betrayed his closest ally, Alfredo Beltran Levya, in exchange for Archivaldo’s release.

Authorities sentenced Archivaldo to five years in prison, but the presiding judge, Jesús Guadalupe Luna, ruled that there was no proof that the laundered money was the proceeds of a drug deal. Thus, Ivan Archivaldo was released in April of 2008 after spending three years in prison.

In 2016, Archivaldo and his brother, Jesús Alfredo were abducted from a restaurant in Puerto Vallarta by the ‘Cartel Jalisco Nueva Generación’ (New Generation Jalisco Cartel); they were later released after a series of negotiations.

In 2015, Archivaldo Guzmán Salazar declared that his father, while in prison, named him as the interim leader of the Sinaloa Cartel. His declaration caused an uproar among cartel members, and led to a full-blown dispute with his uncle, Aureliano Guzmán Loera, and Ismael ‘El Mayo’ Zambada.

Los Chapitos being El Chapo’s heirs, felt entitled to cartel leadership, while El Mayo and El Gueno thought they were incapable. The scuffle for leadership within the cartel has led to a feud lasting many years between El Chapo’s sons and their uncle. In essence, the Sinaloa cartel consists of two divisions – Los Chapitos’ division and El Mayo’s division.

Although Ivan Archivaldo and his brothers are notorious for their criminal activities in Mexico, they sometimes enforce order on their turf.

During the COVID-19 rampage of 2020, Ivan and his brothers tasked their subordinates with the imposition of a curfew in Culiacán. 10pm signaled the start of the curfew, and anyone found outside during curfew hours would be severely punished. However, the cartel allowed essential workers free passage, as they commuted to and from work.

Los Chapitos also tried to win over the public through acts of kindness. They teamed up with their sister, Alejandrina, to distribute care packages called ‘Chapo’s Provisions’ for Culiacán residents.

While he’s a celebrity in the crime world, Archivaldo keeps his personal life away from the news. The drug lord may be single or dating privately, but is still unmarried.

Who is Joaquin Guzman?

El Chapo was born on 4 April 1957 to poor farmers in La Tuna, Sinaloa Mexico, and grew up in an underdeveloped community, selling oranges, and dropping out of school in the third grade.

Young Joaquin joined his father to rear cattle and cultivate opium poppy, sold in commercial areas near Badiraguato. However, his father was financially irresponsible and spent the proceeds of their poppy farm on alcohol and women.

At age 15, Joaquin partnered with his cousins, Arturo, Carlos, Alfredo and Hector Beltran Leyva, to cultivate his marijuana farm. His father soon threw him out of the house, and Joaquin went to live with his grandfather; he was now nicknamed El Chapo because of his small stature (1.68m tall).

In his 20s, Joaquin joined organized crime through his uncle, Pedro Aviles Perez. He first worked for Hector ‘El Guero’ Palma, by transporting drugs from the Sierra Madre, to places near the US-Mexico border.

Due to his brutal way of handling business, he gained influence among the cartels, and in the early 1980s started working for major drug lords, such as the leading drug lord Felix Gallardo.

Joaquin, El Mayo and Palma founded the Sinaloa Cartel in 1989, following the arrest of Felix Gallardo. El Chapo’s cartel operates mainly in the ‘Golden Triangle’, which includes the Mexican staes of Sinaloa, Durango and Chihuahua.

El Chapo Guzmán was arrested for the first time on 9 June 1993, by the Guatemalan Army in a hotel near the Guatemala-Mexico border. He was extradited to Mexico two days later, and taken to the Federal Social Readaptation Center (also known as La Palma). He was sentenced to 20 years and nine months in prison on drug trafficking, bribery, and criminal association.

In Joaquin’s absence, the cartel continued to run seamlessly, with his brother, Arturo Guzmán Loera at the helm of affairs. On 19 January 2001, El Chapo escaped from federal maximum-security prison, aided by correctional officers on his payroll, but so becoming the most wanted man in Mexico; he constantly evaded Mexican and American law enforcement authorities by paying millions in bribes to certain officials.

El Chapo was arrested again, but escaped a year after, however, his third and final arrest happened on 8 January 2016. He was extradited to the United States in 2017 to face multiple charges, including drug trafficking, organized crime against health, homicide, illegal possession of firearms, and money laundering, among others.

The drug kingpin had married Alejandrina María Salazar Hernández in 1977, on a ranch in Jesús María, Sinaloa Mexico. However, at age 30, Joaquin kidnapped Estela Peña, a bank clerk from Nayarit, fell in love with her and later married her.

His last marriage was to 18-year old Emma Coronel Aispuro, a Mexican beauty queen and the daughter of his ally (Inés Coronel Barreras), in 2007. In August 2011, the couple welcomed twin daughters, Maria Joaquina and Emali Guadalupe Guzmán.

Tales of Guzmán’s (and his sons’) notoriety have spread far and wide, and are now being relayed through pop culture. In 2017, Netflix partnered with Univision to produce the “El Chapo” series on the life of Guzmán.

Ivan Archivaldo Guzmán Salazar stands at a height of 5ft 8ins (1.73m), and weighs around 172lbs (78kgs). He has short brown hair and hazel eyes. The criminal kingpin often wears T-shirts, pants, and boots to aid his mobility. On occasion, he may dress up in a clean suit.