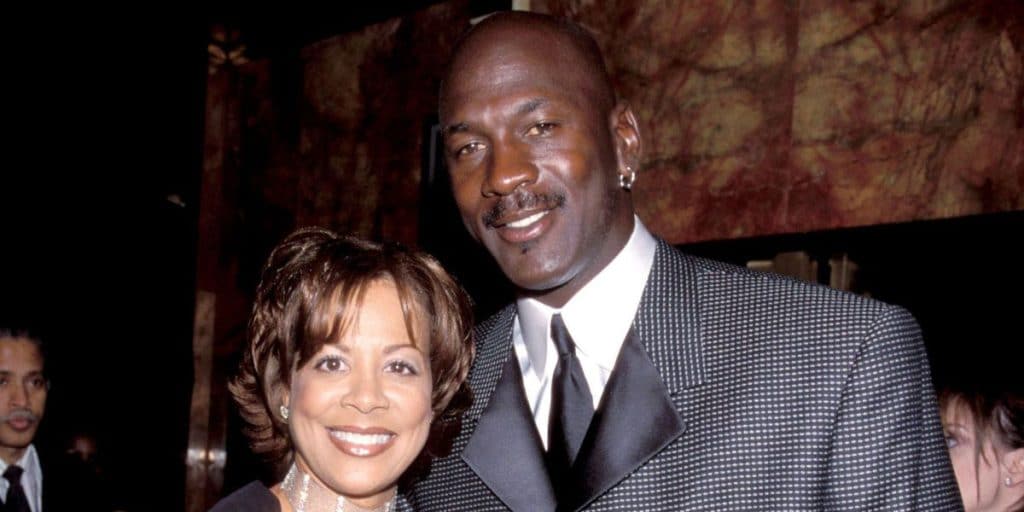 Who is Juanita Vanoy?

Juanita Vanoy was born in Chicago, Illinois USA, on 13 June 1959 – her zodiac sign is Gemini, and she holds American nationality. She’s a former model and a TV personality, but who’s perhaps known best for being the former wife of Michael Jordan, the legendary retired American basketball player.

Juanita was raised in Chicago by her parents, about whom nothing is known as she respects their privacy; it’s said that her father was a mailman, and that her mother was a hairdresser. Because she hasn’t spoken of having any siblings, most people believe Juanita to be an only child.

She became interested in modelling while attending a local high school, mostly because her peers and family kept telling her that she was beautiful, and could perhaps succeed in the modelling industry. Juanita was physically quite active during those four years, as she played volleyball and soccer, and also practiced gymnastics.

She matriculated in 1977 and then enrolled at college, from which she graduated with a Bachelor’s degree in 1981.

Juanita started modelling straight out of high school, but still remained focused on her education. Upon graduating, she started working as a loans officer at a local bank in Chicago, and then became an executive secretary at the American Bar Association.

Following her and Michael’s divorce, she became involved in the real estate business.

In 1999, Juanita appeared in the episode “Michael Jordan” of the biographical historical documentary series “ESPN SportsCentury”.

In 2006, she was featured in the episode “Sports Stars, Private Lives” of the documentary series “E! True Hollywood Story”.

Juanita met Michael Jordan in 1984, when they were introduced by a mutual friend at a restaurant in Chicago; they met again after a couple of weeks, at the same friend’s birthday party.

After over three years of dating, on 31 December 1987, Michael asked Juanita to marry him, however, the engagement was eventually called off, and the two broke-up for unknown reasons, but only temporarily, as after a month they reconciled, and eventually married on 2 September 1989, in a private ceremony at Las Vegas’ Little White Wedding Chapel.

A year before the wedding, Juanita gave birth to their son Jeffrey Michael Jordan on 18 November 1988; their second son Marcus James Jordan followed on 24 December 1990, and the two also have a daughter together, Jasmine Mickael Jordan, who was born on 7 December 1992.

As of December 2021, Juanita seems to be single, was married to Michael Jordan, and has three children with him.

Juanita enjoys a lavish lifestyle, and can be seen wearing the most expensive of clothes, staying at the most luxurious of hotels, and eating at some of the best restaurants in the US.

She’s still a huge fan of travelling, a passion which started after she launched her modelling career, and Juanita has been to nearly all US states, as well as to various Asian and European countries. Her dream travel destination is Lyon in France.

She’s a lover of animals, with her favorites being dogs, elephants and horses.

Juanita likes to watch movies late at night – her favorite actor and actress are Clint Eastwood and Scarlett Johansson, while a couple of her favorite films include “The Bridges of Madison County”, “Gran Torino” and “Lost in Translation”.

Who is Michael Jordan?

Michael Jeffrey Jordan was born in Brooklyn, New York City USA, on 17 February 1963 – his zodiac sign is Aquarius, and he holds American nationality. He’s a retired professional basketball player and a businessman, who is rated the best basketball player of all time.

He was raised in Brooklyn alongside his siblings Larry, Deloris, Roslyn and James Jordan Jr, by their mother Deloris (nee Peoples) who worked at a bank, and their father James R. Jordan Sr. who was an equipment supervisor. The family moved to Wilmington in North Carolina when Michael was five years old.

He studied at Emsley A. Laney High School, and it was during his time there that he became interested in basketball, while he also played football and baseball.

Michael matriculated in 1981, and was offered scholarships from several universities, choosing to enroll at the University of North Carolina at Chapel Hill, from which he dropped out in 1984, to make himself eligible for the National Basketball Association (NBA) draft. He later returned to college, and graduated with a Bachelor’s degree in 1986.

Michael was picked by the Chicago Bulls in the 1984 NBA draft, and played with them until 1993, when he chose to retire, identifying his father’s murder on 23 July 1993 that had contributed to his decision.

He’s also an actor, and is perhaps still known best for his performance in the 1996 comedy movie “Space Jam”.

Michael has written four books, including his first “Rare Air: Michael on Michael” in 1993, and his most recent “Driven from Within” in 2005.

Since his retirement, Michael has been into charity work, has taken part in several charity golf tournaments, and has also been a race car driver; on 22 October 2020, he and Denny Hamlin formed their own NASCAR team called 23XI Racing.

Following his and Juanita’s divorce, Michael started dating the American model Yvette Prieto; the two married on 27 April 2013, and on 11 February 2014, Yvette gave birth to their identical twins Ysabel and Victoria.