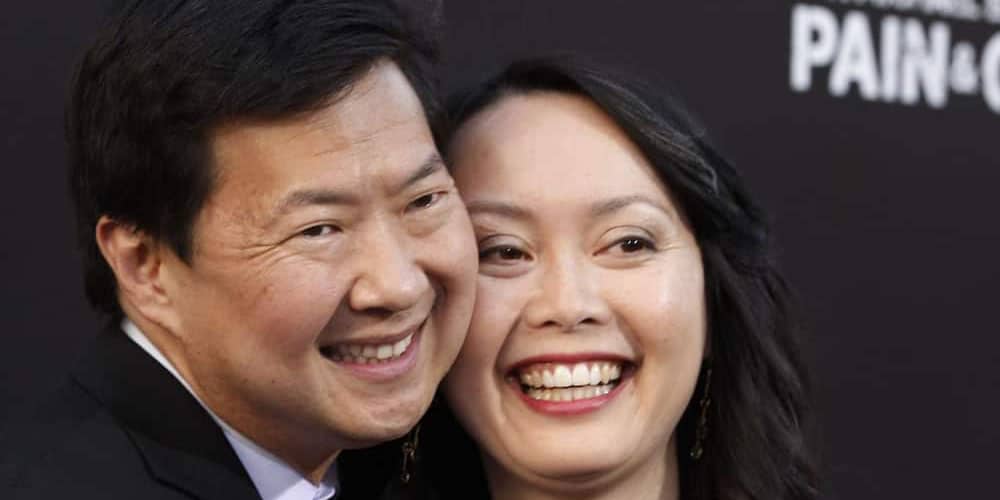 Tran Jeong is a family physician, but probably best known as the wife of stand-up comedian Ken Jeong, and for her activism, campaigns and charitable work on cancer awareness.

Tran Ho was born under the Zodiac sign of Pisces on 24 February 1972, in Los Angeles, California USA, the daughter of Vietnamese parents who immigrated to the US before her birth; no further information in regards to her parents or any siblings is available. Early in her life, Tran wanted to become a doctor, and she achieved this when she graduated from the David Geffen School of Medicine, University of California, Los Angeles, in the late 1990s.

After receiving her General Medicine diploma and certifications, she started working in the year 2000 at the Kaiser Permanente hospital in West California.

As of 2022, she’s been practicing family medicine for 22 years, and Tran currently has two practices and clinics in California: one in Woodland Hills, and the other in Thousand Oaks.

Tran Jeong met her future husband, Ken Jeong in 2002, at a cocktail and happy hour party organized by the Kaiser Permanente hospital. Her husband was also working there as an internal medic; the two clicked immediately, and started dating soon after. They recall that they would at times sneak out for coffee breaks and meet one another at the hospital. The couple married two years later in September 2004, in a private ceremony.

The year 2007 was a great one for them: Tran gave birth to their twin daughters Zooey and Alexa, while her husband made his big breakthrough in the movie scene, but hard days were to come.

“At about five months after the twins were born, I noticed I had developed a lump in my left breast. It was painful, and I thought, oh that happens all the time; it will get better.”

Due to her medical expertise, Tran knew that sometimes it’s normal for young mothers who breastfeed to develop benign lumps. Nevertheless, she checked with her physician about four months after noticing it, as at this point it was becoming symptomatic and painful.

The next day her physician bore very bad news for her: Tran had been diagnosed with triple-negative breast cancer, which as she knew, has a survival rate of about 25%.

She called her husband Ken, who rushed immediately to her. Tran appreciated that he did not cry or show a lot of negative emotion or anxiety, but as he recalls, he cried all the way home:

“I was immediately in tears. I was trying to hide it from Tran. I remember just being in shock. All the emotions that are available, I felt.”

Treatment began soon after, and the first round of chemotherapy lasted for about three months. During the early days of this first round, she had to take a mandatory multiple-choice, an eight-hour medical board exam; these exams are taken by physicians once every 10 years, to renew their license and certifications – she passed it easily.

Her body was responding very well to treatment, and this gave the family some much-needed hope. After chemo came a mastectomy, and then more chemotherapy, and at last radiation. The whole exhausting process took about eight months, with husband Ken taking the role of the doctor in the household, not giving in to drama and loss of control of the situation. As Tran recalls, Ken and her little girls gave her the necessary strength to heal:

“It seems crazy, but I felt thankful that I had such a wonderful life already,” Tran explains. “I was really happy that I had the girls, that I was married, that I had Ken. I felt like I had already lived such a great life and it was a miracle. I did feel like I was going to survive, but I also felt like it was OK.

And at night, I would lapse and think about statistics on young women and triple-negative breast cancer, and it’s not great. I did have my fears, but by the time morning came, I would rally myself and think I’m going to do this.”

While after recovery there were fears that the cancer might return, this has proven not to be the case, and 14 years later in 2022, Tran is healthy.

After recovery, she and her husband started to engage in campaigns to raise public awareness on cancer generally and breast cancer specifically. They have done a lot of fundraising, and also invested themselves in this endeavor. Ken Jeong’s massive following on the screen and on social media has only contributed to the broader dissemination of this message.

Who is Ken Jeong?

Ken Jeong was born under the Zodiac sign of Cancer on 13 July 1969, in Detroit, Michigan USA. His father, D. K., taught Economy at North Carolina A&T State University, while his mother Young Jeong took care of house affairs. Soon after Ken was born, the Jeong family moved to Greensboro, North Carolina, where he grew up. He matriculated from the Walter Hines Page High School in 1986, and was awarded for his excellent results in school. At the same time, he learned to play the violin, a hobby that he still keeps alive in his adult life.

After high school, he was accepted into the medical curriculum at Duke University, but he knew that he also liked cinema, acting and theater; thus in his free time, he would train to be an actor. In 1990 he graduated from Duke, and five years later obtained his medical license from the UNC School of Medicine.

He also took part-time theatre courses at UCLA – during the day he would attend classes and study, while in the evening he would rehearse and perform his stand-up comedy gigs in small North Carolina clubs, and pubs.

In the following years he completed his specialization in Internal Medicine, and became a resident at the Ochsner Medical Center, New Orleans, Louisiana. For a decade between 1998 and 2008, he would practice medicine, while continuing trying to make it on the big screen through small cameo roles, such as in “The Office” in the mid-2000s. During this time, he moved from Louisiana to California to be more in touch with the TV scene, and started working at the Kaiser Permanente hospital, where he met his future wife.

His major breakthrough into the movie scene came in 2007, when he played a minor role in the movie “Knocked Up”, which helped him land the role of antagonist Mr. Chow in the “Hangover” movie franchise. It was during this time that he left his job as a doctor to pursue acting full-time, with great support from his wife. As he recalls:

“My whole career has been very surreal. I just remember that when I quit my day job, it was Tran who supported me. I don’t think I would have done it without her.”

As the first “Hangover” movie was being filmed in 2008, Tran was undergoing cancer treatment.

This proved to be a challenge for Ken, who coped with humor and a light heart. In fact, as a tribute to his wife, he would from time to time use a Vietnamese accent during the movie, although his character was South Korean. At other times he would go slightly off-script, and insert some inside joke that he and his wife had.

After the success of the franchise, through which he earned his first big-screen awards, he kept on with stand-up comedy, while appearing in other movies in which he combined his profession as a doctor with his acting. In 2019, his stand-up special “You Complete Me, Ho” streamed on Netflix, and since February 2020, he’s served as host of the game show “I Can See Your Voice”.

Her individual net worth is about $1.2 million, while her husband’s net worth is estimated at $14 million. In 2010 the family bought a large and apparently expensive house in Calabasas, California.