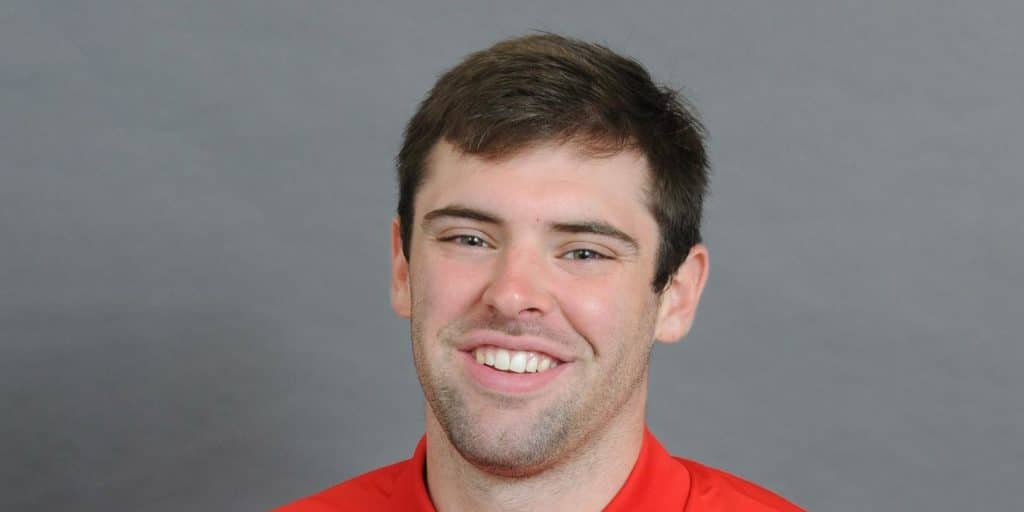 Who is Sean Tuohy Jr.?

Sean Tuohy Jr. is a college football coach, and the director of football operations at the University of Central Florida (UCF), but is probably better known to the world as the adoptive brother of famous American Footballer, offensive tackle Michael Oher.

Sean Albro Tuohy Jr. was born on 4 July 1993 under the Cancer zodiac sign, in Memphis, Tennessee, USA. He is the youngest child of Sean Tuohy, a famous sports commentator, and broadcaster, and his wife Leigh Anne. Sean’s parents are now the owners of more than 85 fast-food franchises, including Taco Bell, Kentucky Fried Chicken (KFC), Long John Silver’s, and Pizza Hut, among others.

He has a sister Collins Tuohy, born in 1986, who was a state champion as a pole vaulter and cheerleader. Moreover, Sean’s parents adopted Michael Oher when he was in his early 20s.

He went to Briarcrest Christian High School, where he started playing basketball as a point guard, leading the high school basketball team to a 23-6 record in his senior year, and set several personal and school records, including the number of assists with 401. After high school, Sean enrolled at Loyola University Maryland on a basketball scholarship, studying communications and media. He obtained his bachelor’s degree in 2016, and in 2017 completed a master’s degree in humanities/humanistic studies at Southern Methodist University in Dallas (SMU).

He played football while at SMU, but also served as the coach, and helped the Mustangs achieve their best result since 2011.

After university Sean launched his professional career as he was hired as the Assistant Director of Football Operations, Special Assistant to the Head Coach, and Director of Player Personnel at the University of Arkansas. He then joined Lynchburg as the Assistant Athletic Director for Football Operations for the Liberty Flames football team, holding the position until 2020 when he left to join the University of Central Florida as the director of football operations.

Moreover, Sean is working on his doctorate in the business school through the Doctoral Strategic Leadership program at Liberty.

When it comes to his personal life, Sean has been rather secretive about it, and hasn’t shared any insights into his private matters. He hasn’t revealed any romantic relationships, and according to reports, he’s single and focused on his professional and academic career.

As of late 2021, Sean Tuohy Jr.’s net worth has been estimated to be around $2 million, earned through his successful career as a coach and director of football operations.

Sean Tuohy Jr. has light brown hair and brown eyes. He stands at a height of 6ft (1.83m), while he weighs approximately 186lbs (84kgs). His vital statistics are unknown, while he has a fit figure.

In addition to sports, Sean has several other interests and hobbies. He’s a skilled piano player, having played piano for over 20 years. Moreover, he’s an avid reader and writer, and has published several articles through various online and printed publications. Although he isn’t playing sports professionally, he frequently enjoys a game of football and basketball with his friends and colleagues, while he also enjoys biking and hiking.

Born Michael Jerome Williams Jr. on 28 May 1986 in Memphis, Tennessee USA, one of 12 children of Denise Oher, who struggled with crack cocaine and alcohol addiction, while his father is Michael Jerom Williams, who spent the majority of Michael’s formative years in jail. He had little to no contact with his parents while growing up, which affected his behavior.

He repeated the first two grades in elementary school, and went to 11 schools during his first nine school years. Due to his parents’ problems, he was put in foster care at seven years old and until he grew up he lived in several foster homes and was homeless as well. He had problems being admitted into high school, but once he was accepted to Briarcrest Christian High School, Michael started showcasing all his talent as a football player. He was adopted by the Tuohy family, and enrolled at the University of Mississippi, and played for the football team winning a number of awards, including the SEC Jacobs Blocking Trophy, and was named First Team All-American, among other honors.

He was drafted by the Baltimore Ravens as the 23rd overall pick, and signed a five-year $13.8 million contract with the Ravens. He proved his skills in the first season playing as a left and right tackle, and was the second on the list for the Associated Press’ NFL Offensive Rookie of the Year Award. He remained with the Ravens until 2014, winning the Super Bowl ring in 2013 as the Ravens defeated the San Francisco 49ers 34-31 in Super Bowl XLVII. Unfortunately, his career started declining, as he spent more time on the injured players list rather than playing, and after short stints with the Tennessee Titans and Carolina Panthers, Michael ended his career in 2017.

He has written and published the biography “I Beat the Odds: From Homelessness to The Blind Side and Beyond” in 2011. Moreover, his life and career were the subjects in the book “The Blind Side: Evolution of a Game”, written by Michael Lewis in 2006. It was later made into the film “The Blind Side”, and he was portrayed by Quinton Aaron.

According to sources, Michael Oher’s net worth has been estimated to be over $16 million, earned largely through his short but rather successful career as a football player, while the sales of his autobiography also added to his wealth.