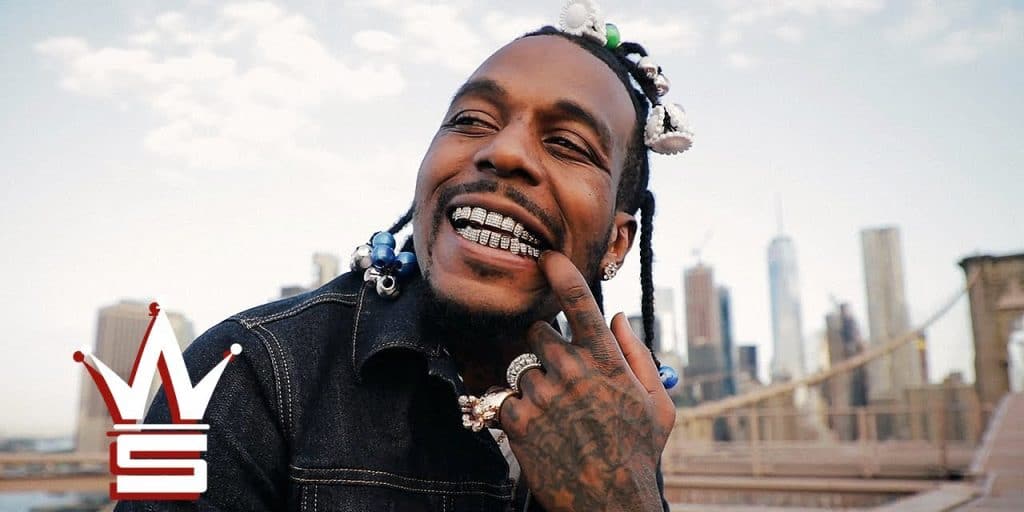 Who is Sauce Walka?

Albert Walker Mondane, better known by his stage name Sauce Walka, was born on 29 June 1990 under the zodiac sign of Cancer, in Houston, Texas USA. He’s a 31-year-old Honduran-American hip-hop artist, songwriter, and producer, probably best recognized for being half of the rap duo Sauce Twins, along with Sancho Saucy.

How rich is he, as of now? Sauce Walka Net Worth

As of mid-2021, Sauce Walka’s net worth is estimated at up to $5 million, earned through his successful contribution to the music industry. He has released numerous mixtapes since his career started in 2007.

Sauce Walka spent his early years in his hometown of Houston. He had a pretty rough childhood, since he was raised by a single mother, while his father didn’t care about that.

Little is known about his parents’ names and professions, except that his father was a professional wrestler, and he has a brother named Dillon Clemons. He holds American nationality, belongs to African American ethnic group, and is a Christian. Regarding his education, Sauce attended Hightower High School in Missouri City, Texas.

Sauce Walka developed his love for music at the time he attended recording sections at the Diamond Cuts Studios, while he started to pursue his professional career as a rapper back in 2007, initially performing under the stage name A-Walk; he was also a member of a Houston-based rap group called Mostheard.

Subsequently, he changed his stage name to Sauce Walka, and began to release music in 2014, when he founded his own independent record label called The Sauce Factory. In the same year, he met rapper Sancho Saucy, after they were invited by Slim Thug to record a remix of Yo Gotti’s single “Errbody”, and so the two formed a rap duo called Sauce Twins. They released their debut mixtape entitled “In Sauce We Trust”, also in 2014, and the duo continued their collaboration, issuing two more mixtapes, “Don’t Let The Sauce Fool U” (2015) and “Lost In The Sauce” (2020).

Rise to Fame as a Solo Artist

Besides that, he also released a mixtape, entitled “Sauce Theft Auto: Splash Andreas” in 2015, together with Sancho Saucy and Sosamann, and later that year, Sauce Walka drew huge attention after recording a diss song entitled “Wack 2 Wack”, in which he called out Drake for appropriating Houston hip-hop culture in his music.

In 2017, Sauce signed a contract with the record label Create Music Group, and launched the mixtape “The Sauce Father” with such trucks as “Walk In The Club”, “We Did It”, and “Choppa On Me”. He continued to create music, and released several mixtapes over the next two years, including “Sauce Ghetto Gospel” (2018) and its follow-up “Sauce Ghetto Gospel 2” (2019). Afterwards, he collaborated with El Trainn on the mixtape “Sauce Train”, launched in April 2021, and in the same month he released three more mixtapes, such as “Birdz Hunt Snakes” and “God Of Texas”.

To speak further about his career, Sauce Walka has also collaborated with Chief Keef, Slim Thug, A$AP Rocky, Travis Scott, and many other notable hip-hop artists.

Sauce Walka has short dark brown hair and dark brown eyes. He stands at a height of 5ft 9ins (1.75m), while his weight is around 168lbs (76kgs). Information about his vital statistics, biceps size, and shoe size isn’t available.

Sauce Walka is romantically involved with a girl named Bambi Doe, who is known for being a cam girl. The couple made headlines when they filmed a sex tape and uploaded it to his account on OnlyFans. Other than that, the public isn’t aware of how long the two have been together. He hasn’t revealed information about any past affairs.

Sauce Walka is known for having several problems with the law.

According to court records, he was involved in a gun-related incident back in 2009, accused of shooting and wounding a person during a concert held at Texas Southern University to which he pleaded guilty, and served under community supervision. In 2018, Houston Police alleged that he was a member of a criminal street gang known as Mash Mode; later that year, Texas state court described his record label as a documented gang recognized for participating in criminal activity, which he eventually denied.