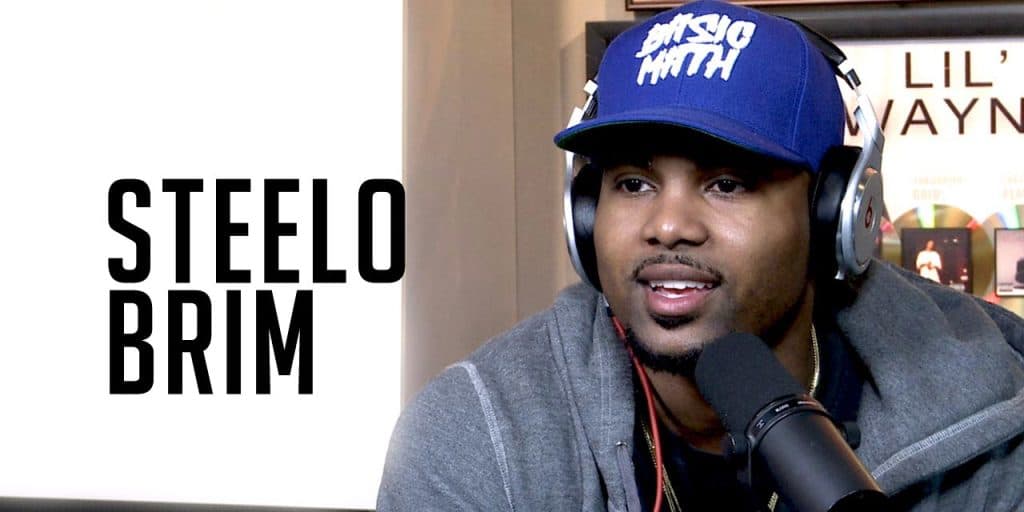 Who is Steelo Brim?

Sterling ‘Steelo’ Brim was born under the zodiac sign of Gemini on 5 June 1988, in Chicago, Illinois USA; he holds American nationality and his ethnicity is African-American. He’s an actor, comedian, host and television personality, perhaps known best as co-host of the Music Television (MTV) series “Ridiculousness”, alongside Rob Dyrdek and Chanel West Coast, which has been broadcast since 2011; it’s been nominated for MTV Movie+ TV Award Best Comedy/Game show.

Steelo was raised in Chicago alongside his two brothers and sister by their parents, father Frank who is a Chicago Fire Department Battalion Chief, and a mother Tracy who is a pastor; as for his siblings there is no information about them, their names and occupations stay unrevealed, so it’s assumed that they keep their lives private.

Steelo attended Whitney Young Magnet High School, and upon matriculating in 2006, he enrolled at Morgan State University, in Baltimore, Maryland, but dropped out after a year to pursue his career in the music industry.

He moved to Los Angeles, California, and started working first at a local radio station, and then for the Artist and Repertoire (A&R) music publishing company before he met Rob Dyrdek.

Steelo made his acting debut in 2001, in the movie “Hardball” starring Keanu Reeves, John Hawkes, and Diane Lane, followed by his role as Ulysses Williams in the short movie “Orange Drive”, and as a voice actor in the series “Rob Dyrdek’s Wild Grinders”. He made appearances in the series “Teenage Mountain Lion”, and short movies such as “Scream: Killer Party” and “About The People”.

Steelo and Rob met a couple of times before Rob invited him to co-host the popular MTV series “Ridiculousness”, which Steelo accepted. In the series, the trio, Steelo, Rob and Chanel watch together some of the funniest videos and comment about them, and in some episodes they have celebrity guests such as YouTube star Jake Paul, hip-hop singer Juicy J, frontman of the band KISS Gene Simmons, and Johnny ‘Bananas’ Devenanzio from the show “The Challenge”, among others.

He is also a co-host of the podcast “Wine and Weed”, with his friend Chris Reinacher, who is an actor, producer and writer, perhaps known best for his role as Lyle Henderson in the series “Teenage Mountain Lion”. The podcast they host is about issues of the week, and various themes, and while they talk, they drink a bottle of wine and smoke a joint; they have their YouTube channel and an Instagram profile, so their fans can keep track of their work.

There were various rumors concerning both Steelo’s love life and sexual orientation – he was rumored to be having an affair with Chanel West Coast, however, they both denied these assumptions, saying that they are very close friends, and Steelo saying that he loves her like a sister. The rumors about him being gay started when he was seen in nightclub with an unknown man who was hugging him; Steelo later confirmed that it was his cousin, who came for a visit.

Steelo was engaged to Conna Walker, who is known as an ‘industry tycoon’ in the fashion world.

She has her original brand, “House of CB” – CB stands for ‘Celeb Boutique’; the two started dating back in 2015, and after a year he proposed to her, and they announced their engagement. However, in early 2020 the two deleted posts related to each other from their Twitter accounts, which implied that they’d broken-up.

It was then rumored that he was in a secret relationship with a girl whose name he hasn’t disclosed, however, he mentioned her in some of his tweets, using the words ‘my girlfriend’.

As of November 2021, Steelo hasn’t been married, was engaged, and it seems that he’s now single or is keeping his love life a secret.

One of Steelo’s favorite hobbies is working out – he has five to six workout sessions at the gym every week to takes care of his body, and he also likes swimming and playing basketball.

He is into traveling and has visited several US states, and around the world – his favorite travel destination is Monte Carlo, Monaco, and he dreams of visiting Shanghai, China.

In his spare time, he likes to hang out with his friends, go to parties and clubs, or watch movies and play games at home.

Speaking about his home, Steelo bought a mansion in Encino, Los Angeles with five bedrooms and six bathrooms – according to sources the price of the house was $4.2 million. It has a movie theatre, game room, wine cellar, and outside it has a spa, large pool and barbecue area, so he often has parties at home with his friends.

Steelo is active on his Instagram profile, which is followed by nearly 1.5 million people; he mostly posts pictures from his everyday life, updates about his work, and since he is an animal lover, and has a pet dog, you can also see pictures featuring it.

His Twitter account has been followed by over 350,000 people and he’s most active on this social media platform, tweeting almost daily, so fans can keep updated about his work and life.

As of late 2021, his net worth has been estimated at $5 million; he has a salary from the television show “Ridiculousness” of about $140,000 per year.