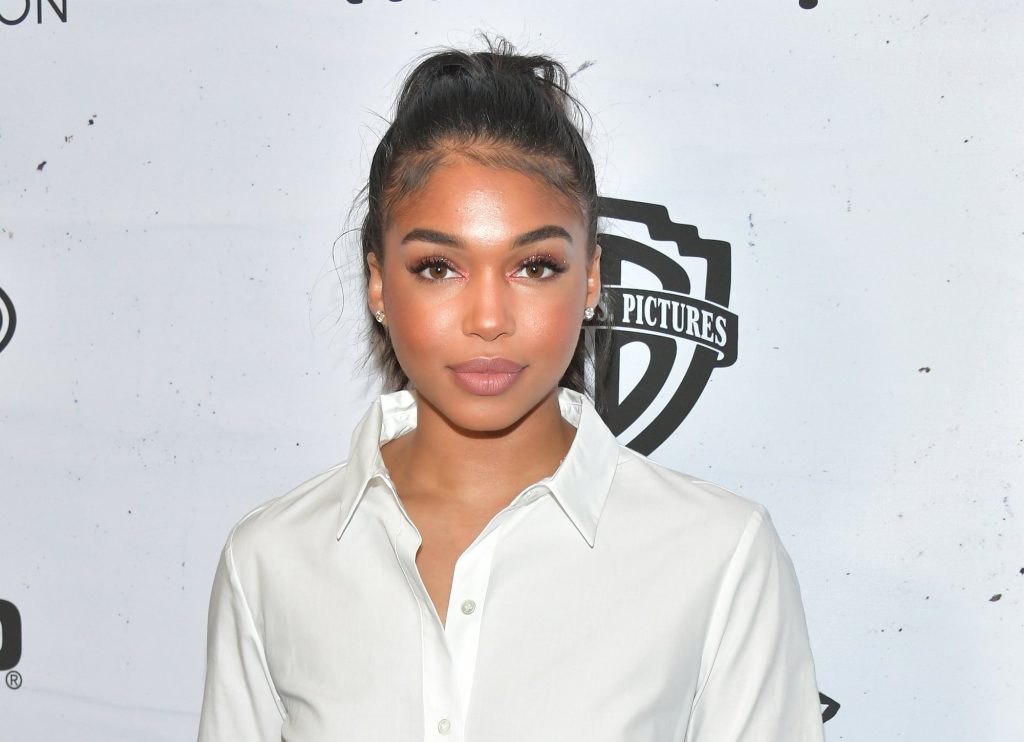 Who is Lori Harvey?

Lori Harvey was born in Atlanta, Georgia USA, on 13 January 1997 – her zodiac sign is Capricorn, and she holds American nationality. She’s a model and a social media star, but who’s probably known best for being the step-daughter of Steve Harvey, a famous American TV personality.

Lori was raised in Atlanta alongside her two biological brothers Jason and Morgan, by their mother Marjorie who’s a social media personality, stylist and a fashion designer, and their father Donnell Woods about whom nothing’s known, as he prefers to stay away from media. Steve Harvey and Lori’s mother married in 2007, and Lori thus now also has two half-sisters Karli and Brandi, and two half-brothers Wynton and Broderick Harvey Jr.; Harvey and Marjorie don’t have children together.

Lori became interested in horseback riding at a very early age, and was six years old when she mastered riding. She went on to become an equestrian, competing in various tournaments and winning several medals; her career as an equestrian ended in 2015, when she was thrown from her horse and suffered an injury.

Lori studied at a local high school, and was into various activities during her four years there, including acting with the school’s drama club, dancing and singing. She matriculated in 2015, and then chose to focus on her career as a model, rather than to pursue a college degree.

Lori’s modelling career was launched after she completed her high school education, but she didn’t gain recognition until 2017, when she started appearing on the catwalks – she could have been seen at Milan Fashion Week and Paris Fashion Week in Italy and France, respectively, while she’s posed for numerous famous fashion brands, including Dolce & Gabbana.

Lori is an Instagram star, and is today followed by close to five million people, while she’s uploaded over 50 pictures onto the network; most of these have been taken during her modelling photoshoots, but also during her everyday life, revealing several things about her. Lori loves to work out, and has three to four training sessions at the gym every week, thus her slim figure; summer is her favorite season, mostly because she likes to show off her body at the beach and play beach sports, while she also likes to go yachting.

Lori launched her Twitter account in September 2016, but has since tweeted only three times, although she’s still followed by close to 50,000 people on the network.

Lori has a Facebook account as well, and it’s today followed by close to 20,000 people; she seems to be using Facebook just to keep in touch with her friends and family members.

She’s also active on TikTok, and is today followed by more than 15,000 people, while she’s amassed nearly 20,000 likes of all her videos combined; most of which feature her showing off her body.

Lori has only a single acting credit: in 2019, she played a model in the music video “Teyana Taylor: Issues/Hold On”.

She could have been seen featured in several TV specials, including the 2018 “The 45th Annual Daytime Emmys Red Carpet Live”.

Lori has made a guest appearance in various talk-shows, such as “Steve Harvey”, “Hip Hop Squares” and “The Real”.

Lori is quite open when it comes to talking about her love life, and there are six men whom she’s been with that the public knows about, while there are rumors circulating the internet claiming that she has been with several others.

In 2017, Lori began dating Memphis Depay, a famous Dutch professional soccer player; the two became engaged in the same year, but then called it off for unknown reasons, and broke-up.

In 2018, Lori started seeing Justin Combs, an professional American Football player, and the same year saw her date the American rapper Future, and then the American singer Trey Songs; Lori and Trey were together for close to a year.

In 2019, she was in a relationship with Sean ‘Diddy’ Combs, the popular American rapper, and in 2020, rumors started circulating the internet claiming that she was dating Bu Thiam, the American actor and manager.

Since November 2020, Lori has been in a relationship with Michael B. Jordan, a famous American actor and film producer, who’s probably known best for his portrayal of Erik Killmonger in the 2018 superhero movie “Black Panther”.

She hasn’t married, and doesn’t have children.

Lori is passionate about travelling, and her career, as well as her father’s wealth, has taken her all around the world; she’s been to various European countries, visiting cities such as Paris, London and Berlin, and has also been to several Asian countries, including Japan and China. Lori’s dream travel destination is Las Vegas in Nevada.

She’s a fashionista, as she’s trying to keep up with all the latest fashion trends, while she’s also a shopaholic, as she goes shopping for clothes multiple times every week.

Even though Lori is following a strict diet, she still enjoys tasting various cuisines, and her favorite is spicy Hungarian food.

Late at night, she enjoys watching movies starring her favorite actor and actress, Will Smith and Julia Roberts, such as “I, Robot”, “Seven Pounds” and “The Runaway Bride”.

Who is her step-father Steve Harvey?

Steve was raised in Welch alongside his brother Terry and sisters Pauline and Mona, by their mother Eloise Vera who was a housewife, and their father Jesse Harvey who was a coal miner. Steve became interested in comedy while attending Glenville High School, and upon matriculating in 1974, he enrolled at Kent State University, later transferring to West Virginia University, from which he graduated with a Bachelor’s degree in 1978.

Before launching his career on TV, Steve worked various jobs, as a mailman, carpet cleaner, car mechanic, and was a boxer.

He performed stand-up comedy for the first time on 8 October 1985, and then spent the following a couple of years homeless, before he made a name for himself in the industry. He won a comedy contest on 16 April 1990, and thus became the host of the show “It’s Showtime at the Apollo”; between 20 September 1994 and 28 February 1995, Steve starred in the comedy series “Me and the Boys”.

Since 2000, he has been hosting his own “The Steve Harvey Morning Show”; the 2000s saw him play supporting characters in a couple of popular movies, including the 2003 musical comedy “The Fighting Temptations”, the 2004 road comedy “Johnson Family Vacation” and the 2005 sports comedy “Racing Stripes”.

Harvey became the host of the game-show “Family Feud” in September 2010, and then soon of “Celebrity Family Feud”. He hosted the event Miss Universe 2015, and became notorious for naming the wrong girl as the winner; Harvey apologized, and then went on to host the event for the following four years.

He’s also a businessman who owns various businesses, and a philanthropist who’s donated money to many charity organizations.

Steve was married twice before meeting Lori’s mother Marjorie. He exchanged vows with his first wife Marcia in 1981, and the two divorced in 1994; he then married Mary Shackelford in 1996, but they divorced in 2005.