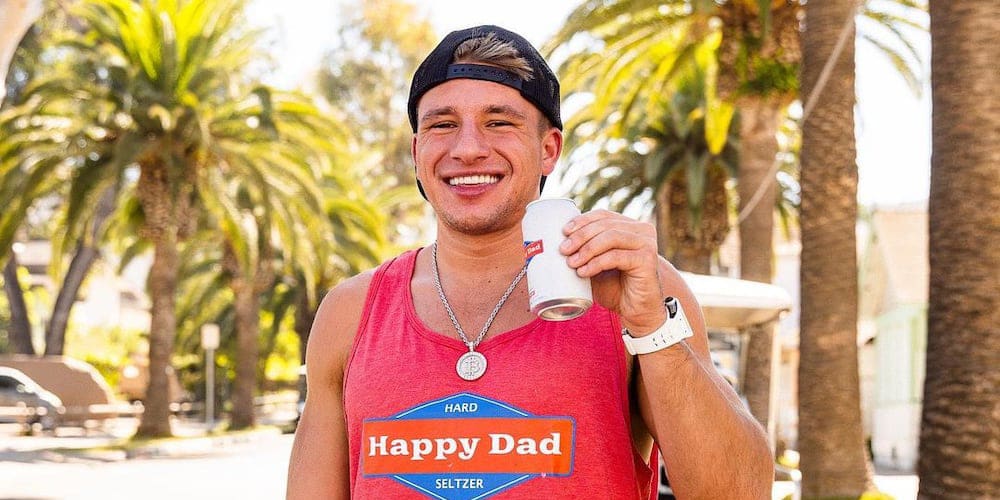 How rich is SteveWillDoIt? Net Worth, Girlfriend, Age, Height, Wiki

Stephen Rocco ‘Steve’ Deleonardis, better known by his online alias SteveWillDoIt, was born on 26 August 1998 under the zodiac sign of Virgo in Oviedo, Florida USA. He is a 23-year-old social media personality, gamer, and comedy content creator, who gained fame for posting various video challenges to his official Instagram account. He is also known as a member of the NELK group.

How rich is he, as of now? SteveWillDoIt Net Worth

As of mid-2021, SteveWillDoIt’s net worth is estimated at over $2.5 million, earned through his successful Internet-based career, which includes video monetization, donations, and creating sponsored posts and videos for various companies. He’s also increased his fortune through the sales of his line of merchandise.

SteveWillDoIt spent his early years in his hometown of Oviedo, where he was raised by his parents; however, their names and professions aren’t revealed to the public. He has an elder brother named Rocco, and a younger sister named Brianna. He holds American nationality and belongs to White Caucasian ethnic group. Regarding his education, he attended Oviedo High School, from which he matriculated in 2017. He later went to Frostburg State University, however, it is unknown whether he completed his Bachelor’s degree or not.

Stephen Deleonardis became an active member of the social media scene when he created his account on the highly popular photo and video-sharing social networking service Instagram, under the username ‘stevewilldoit’ in May 2017 – the name refers to the fact that he will perform any action that his fans ask of him. He immediately started sharing short video challenges, In the very beginning involving consuming a large amount of food. He later expanded his content and added workout, drinking and smoking challenges that included consuming a large amount of alcohol, cannabis, and other drugs. Thanks to his unusual content, Steve gained enormous popularity and the number of his followers grew rapidly – so far he’s amassed more than 3.2 million on the platform.

Stephen’s popularity rose particularly in 2018 when he started collaborating with other social media stars, such as Kyle Forgeard, Cousin Jay, Lucas Gasparini, Salim the Dream, and Jesse Sebastiani, and joined their YouTube channel and company called NELK Entertainment, best recognized for their pranks and vlogs. He moved to Los Angeles, California to live with them and create content for the group’s channel.

He didn’t launch his own official YouTube channel until he was forced to do that after Instagram deleted all of his video challenges; He launched his account under the same name ‘SteveWillDoIt’ on 30 May 2019, and uploaded his debut video entitled “I AM TAKING OVER YOUTUBE!” in the following month.

He continued to upload similar content, and his videos started gathering millions of views – as of late-2021, he’s garnered more than four million subscribers on the channel and over 320 million views in total. Some of the most popular videos that have been viewed more than six million times include “I Handcuffed Brad Martyn Then Ripped Darts in His Gym..”, “Sneaking Laxatives into Brad Martyn’s Drink!!”, and “I Ate 4500mg of THC Edibles…”, to name a few.

Apart from running his main YouTube channel, Stephen also has a gambling channel called ‘SteveTheAddict’, created on 12 April 2020. on which he uploads live streams of gambling.

The channel had almost 60,000 followers and more than 600,000 views in total, however, he deleted most of his videos in October 2021, after investigative YouTuber Coffeezilla released the first video of the six-part investigation, entitled “SteveWillDoIt’s Dark Secret – ROOBET’S HOUSE OF CARDS EP. 1”, in which several accusations were made against him, that he makes money from persuading fans to gamble at the offshore unregulated casino ROOBET, owned by his friend.

In addition to his career on Instagram and YouTube, SteveWillDoIt expanded his influence across other social media platforms, which he uses to promote his videos and other projects.

He has almost 630,000 followers on the streaming platform Twitch, on which he streams gambling under the name ‘stevewillsendit’. He also runs his official TikTok account with nclose to a milion followers and 17 million likes, and his official Twitter account with over 170,000 followers, both under the same nickname. He is also active on Snapchat, on which he goes by the username ‘stephendelonar’, plus he recently launched his own line of merchandise.

SteveWillDoIt has short light brown hair and dark brown eyes. He stands at a height of 5ft 9ins (1.80m), while his weight is around 187lbs (85kgs). Information about his vital statistics, biceps size, and shoe size isn’t available.

SteveWillDoIt reportedly met his future girlfriend Celina Smith in high school. She’s a social media sensation and Instagram model, and has featured in some of his videos. The two had been romantically involved for a while before their split, after she was accused of cheating on him with photographer Jason Pagaduan, better known as 905Shooter on social media, and a former member of NELK entertainment; they rekindled their former romance in October 2021.

His current residence is in Miami, Florida.

SteveWillDoIt participated in bodybuilding competitions while in high school.

In 2017, he had some issues with the law, charged with drug possession and driving on a suspended license.

After being criticized by the famous singer Demi Lovato for drinking large amounts of alcohol back in October 2019, he didn’t respond in the best way so she blocked him on Instagram, and he tattooed her face on his arm.

He’s known for giving away expensive gifts to his fans and the NELK team members, such as a PlayStation 5, a Rolex watch, a Ferrari F8 Tributo, and a Tesla Model X.