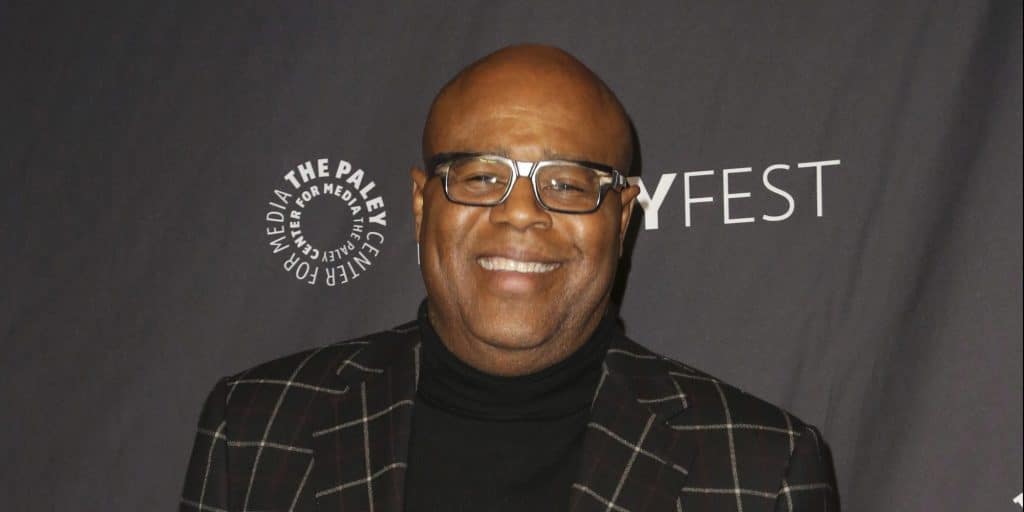 Chi McBride is an actor, best known for playing eccentric and unusual sidekick roles in movies such as “I, Robot” and the action drama “Hawaii Five-0”. A tall and imposing figure, he has 30 years under his belt in the television industry.

Chi McBride, whose real name is Kenneth, was born under the Zodiac sign of Libra on 23 September 1961, in Chicago, Illinois USA – his art name Chi is a derivative of his hometown. His parents were Protestant Christian of the Seventh-Day Adventist denomination, and Chi was raised religiously, matriculating from the Chicago SDA Academy, which was formerly known as Shiloh Academy. He did not attend university; instead, influenced by his upbringing, Chi initially experimented with the music industry.

His parents are of Caribbean origin. In an interview in 1996, he stated: ‘So because I’m not a doctor or a minister or an accountant, my parents are completely unimpressed. Now, if I were a doctor? Or a lawyer? Or a minister? Oh, yeah, my mother would be on the ‘phone all the time. ‘You know my son? My son is going to be all in the courtroom tomorrow trying one case. And he’s just making a whole lot of money and he’s doing just fine!’ Well, you know. We are all praying for him and hope that one day he will try to find himself some security and some employment. But you know, you can’t tell him that because he’s grown.’

In his early school days, Chi started singing in the church choir, and subsequently between the ages of 16 and 25, he continued to learn new instruments, and feed his passion for music while still living with his parents.

In 1986 Chi McBride left his hometown and followed his artistic passion in Atlanta, Georgia, more than 700 miles away. He didn’t succeed immediately, so that between 1986 and early 1988 Chi was working as a billing clerk at a local AT&T.

His breakthrough came two years after settling in Atlanta; at the time Chi was still working as a clerk while to build a music career. He and two other up-and-coming singers, Swain C. Hunt Jr., and Leonard D. Law formed KSL, a music band whose title was derived from the initials of their names. They seized a great opportunity to become famous after 7 February 1988, when renowned boxer Mike Tyson married actress and model Robin Givens.

The couple quickly became the hot topic of the day, and KSL immediately recorded a song entitled “Basically He’s a Champ”; a parody of the celebrity couple’s matrimony.

The song became an instant hit, and Esquire Record moved in to sign and manage Chi McBride. Through the label, he joined the blues band Covert, as KSL disbanded, and fellow band member Swain Hunt retired from the music business to dedicate his life to his family and technical profession; there’s no information on the other band member, Leonard Law.

After an unremarkable stint with his new blues band, Chi decided to try his luck with an acting career. Given that during those last years he had built some connections in the arts and movie industry, he landed a gig in the sitcom “The Fresh Prince of Bel-Air”, where he would meet Will Smith for the first time, then in the comedy movie “Revenge of the Nerds III: The Next Generation”, both in 1992. At the age of 31, he had finally entered the big screen business.

As Chi was initially inexperienced in acting, the next six years proved useful for him to explore what types of roles he could do best. By 1998, he apparently understood through minor roles in movies and series, that he felt most at ease acting the ‘goofy sidekick’ role. His biggest career breakthrough into important roles came that year, when movie director Harold Becker chose him for “Mercury Rising”, in which Chi would work side by side with some of the big names of the screen, such as Alec Baldwin and Bruce Willis. Between 2000 and 2004, he featured in all 81 episodes of the series “Boston Public”, before starring in Steven Spielberg’s “The Terminal”, along with the likes of Tom Hanks, Stanley Tucci and Catherine Zeta-Jones. His other notable contributions include “Cradle 2 the Grave” in 2003, and “I, Robot” in 2004.

Chi McBride’s most notable role in recent years has been that of Captain Lou Grover in the police procedural drama series “Hawaii Five-0”, in which he starred between 2013 to 2020, first as a recurring character in season four, and then as a main character through  seasons five and 10. Most notably, he wrote three episodes of the show, perhaps a sign of an upcoming career as a director. It’s rumored that he injured his head while working on the set of the show, but no further information has been disclosed.

In terms of future projects, by late 2022 he’s expected to be part of the main cast of “Smallwood”, an NBC sitcom based on the life of 10-pin bowler Tom Smallwood.

Chi McBride is married to former actor Julissa Marquez; she was born on 8 June 1972, in New York City, NY. Not much is known in regards to her childhood, parents, siblings, or early career. In 2000 she had a minor role in the movie “Love Beat the Hell Outta Me” and “Go for Broke” in 2002, before retiring from the industry. There’s no information on when or where the couple got married, but they have three sons, one of whom was premature, born in early 2008, while there’s no information on the other two. They live in Beverly Hills, California.

While very secretive about his marriage, Chi once professed love for his family in an interview:

Lately, both have closed their Instagram accounts, which speaks more of their desire to be undisturbed in their private life.

Julissa Marquez’s net worth is estimated to be over $1 million, as of early 2022.

Chi’s Caribbean origin suggests that he is of Sub-Saharan African descent. He has no hair but a goatee, and brown eyes. Chi is notorious for his bulky body, and stands at 6ft 4ins (194cm). Recently he has admitted that in 2009 he started a five-year journey to lose weight after his doctor told him: ‘Didn’t you have enough pizza?’ In five years, he lost 62lbs (28kg) and reported that he ‘felt amazing’. This weight loss made it possible for him to take part in more action-based movies, such as “Draft Day”.

Chi’s net worth is estimated at close to $10 million.