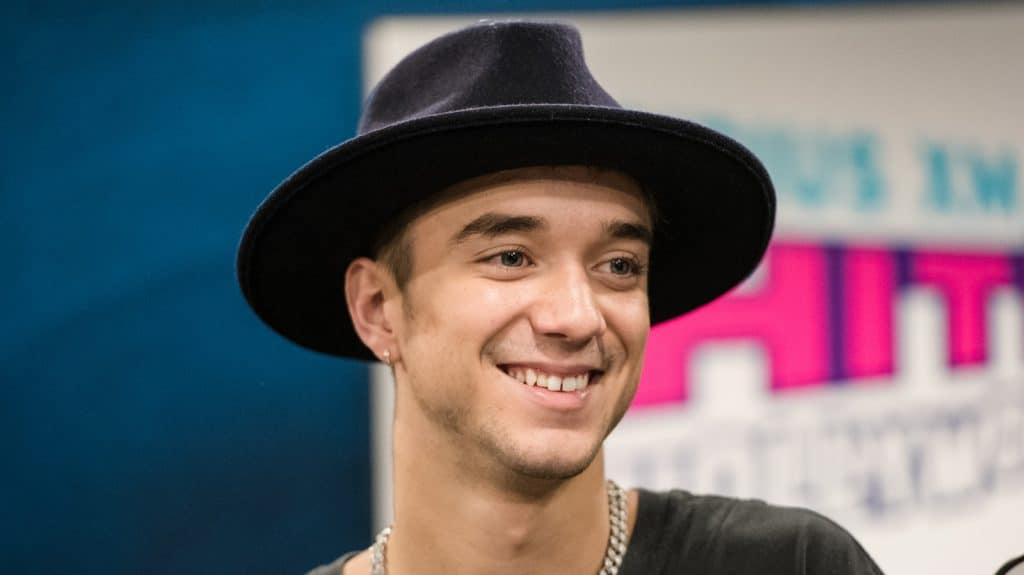 Who is Daniel Seavey?

Daniel James Seavey was born under the zodiac sign of Aries on 2 April 1999, in Vancouver, Washington USA; he holds American nationality, and his ethnicity is White. He’s a musician, producer, singer and songwriter, perhaps known best as a member of the boy band Why Don’t We, formed in 2016. Other band members are Zach Herron, Jonah Marais, Jack Avery, and Corbyn Besson; the band released six extended plays and two studio albums “8 Letters” and “Fallin’ (Adrenaline)”, and the main producer of both albums was Daniel.

Daniel was raised in Portland, Oregon, by his father Jeffrey, a pastor at Living Water Community Church, and his mother’s name is Keri, a motivational speaker and Biblical counselor. Daniel has three siblings, brothers Tyler and Christian, and the youngest their sister Anna.

Daniel had an interest in music from an early age, and played the guitar, piano, violin and cello by the time he was ten years old; he used to play music and sing on the street with his father, and often his singing would attract many people to stop and listen to his performance.

He attended Union High School, but upon matriculating in 2017, he didn’t enroll at college, but pursued his musical career.

Daniel first appearance as a musician was in 2015 – in the fourteenth season of the show “American Idol”, he sang the song “Hallelujah”, and during the competition became one of the favorites of both the judges and the public; he advanced onto the Top 16, and then the Top 12 with the song “Straight Up” by Paula Abdul, which he sang three times, however, he was eliminated during Top 9 on 1 April 2015, just a day before his sixteenth birthday.

This was hard for Daniel, and he thought that his music career was over, but thanks to his family support, he started uploading videos onto his YouTube channel which featured him singing and playing various instruments. Nowadays he has more than 200,000 subscribers on his channel, and all of his videos combined have gained over 6.3 million views.

His popularity grew from 2016, when he joined the band Why Don’t We, and with only 12 posts on his Instagram account, he has more than two million followers. He started living with his fellows in Los Angeles, California, and traveled on tours around the US so everything seemed to be great, however, Daniel revealed the truth about his life with the band, stating ‘we eventually become prisoners in the “Why Don’t We compound” under the supervision of one of our managers at Signature Entertainment Partners.’

He talked about how they were locked away, and food was restricted to the point that some members had to sneak in food and hide it; they weren’t allowed to contact their family and friends when they wanted to, he spoke about how they were verbally berated almost every day, and they thought that this was normal for every artist who wants to succeed. Eventually, they decided to tell all of this, and to find a way to solve these problems with the management.

Why Don’t We band had numerous nominations, and won Teen Choice Award for Best Music Group in 2019, they are still very popular mostly among teenagers, their Instagram account has amassed over 2.3 million followers.

love back mv out nowww 🤍👼🏼 this ones for u guys LOVE Uhttps://t.co/J4VhigJFSu pic.twitter.com/gmYqwxcgxo

The band stays devoted to their fans and music, and released the single “Love Back”, which was uploaded onto their YouTube Channel on 5 October 2021, and has amassed over 1.2 million views for just a week.

Daniel has mostly kept his love life private, however, it’s widely known that nowadays he is dating his long-term friend Franny Arrieta, an American YouTube star, who gained her popularity through her vlogs and videos featuring make-up tutorials; they become an Instagram official couple in February 2021, and since then have share their pictures almost every day.

They met thanks to the late Corey La Barrie, a YouTuber who died in a car accident in 2020, who was Franny’s ex-boyfriend and Daniel’s friend; they used to collaborate on some videos for Corey’s channel, and they often hung out together at parties.

As of October 2021, Daniel and Franny are still together, they seem to be in love and are very supportive of each other, according to their posts on social media networks.

Daniel’s favorite hobby is everything related to music, singing, producing, playing instruments; he plays nine instruments now, such as a recorder, violin, bass, piano, cello, saxophone, drums, guitar, and viola, most of them he learned from his father.

His inspiration is the famous band The Beatles, and his musical idol is Ed Sheeran.

In his spare time, he enjoys skateboarding and surfing; he isn’t good at other sports, however, he used to play basketball while he was in high school. He still works out four to five times per week at the gym, and when he feels stressed, he likes to go for a run in the middle of the night when all the others are sleeping, so he can enjoy in the silence.

Daniel is a big fan of science and technology, he has interests in gadgets, robots, space and astronomy.

As of October 2021, his net worth has been estimated at $1 million.