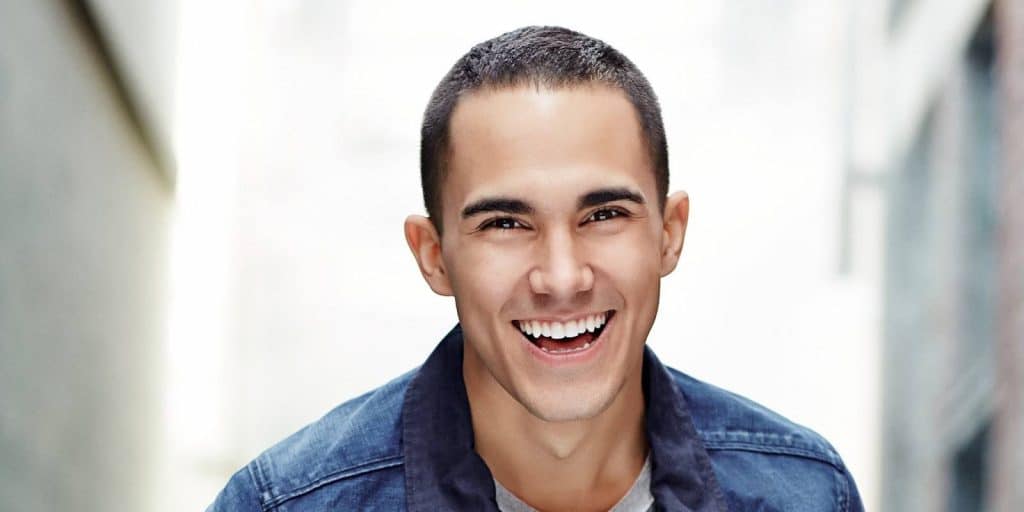 Who is Carlos PenaVega?

Carlos PenaVega is an American award-winning actor and singer, probably best known to the world as Carlos Garcia in the TV series “Big Time Rush” (2009-2013), and one of the members of the boy band of the same name, among several other accomplishments during his career.

Born Carlos Roberto Pena Jr. on 15 August 1989 under the Leo zodiac sign in Columbia, Missouri USA to Carlos Pena Sr. and his wife Margarita Pena, he’s of Venezuelan and Spanish ancestry on his father’s side, and Dominican through his mother. Carlos grew up in Weston, Florida, and went to Sagemont Upper School, during which he was a cheerleader, and made an appearance in the local production of popular plays “Grease”, and “Man of La Mancha”.

Moreover, Carlos fell in love with singing and dancing after appearing in the musical “Titanic” in the production of the American Heritage School, into which he enrolled after making a move to Los Angeles to pursue an acting career. He also studied musical theater at the Boston Conservatory, a few years after making his professional debut.

Carlos made his acting debut in 2004 with a minor role in the popular medical drama series “ER”, and continued with support roles in such TV series as “Ned’s Declassified School Survival Guide” (2004-2005), and “Judging Amy” in 2005. Eventully his career turned 180 degrees, as he was chosen as one of the stars of the TV series “Big Time Rush”. Formed as a pop music boy band in 2009, consisting of Carlos, Logan Henderson, James Maslow and Kendall Schmidt, they were first signed to Nick Records, then transferred to Columbia Records.

The first episode featured their first-ever song, which bears the same name as the band. The series lasted until 2013, turning the boys into musical and acting stars, with Carlos receiving several nominations, including the Astra Award nomination in the category for Favourite International Personality or Actor.

In 2011, Carlos portrayed Louis Estes in the award-winning drama film “Little Birds”, starring Juno Temple, Kay Panabaker and Leslie Mann, while in 2015 he was Oscar Vazquez in the biopic “Spare Parts”. about four Mexican high school students who start a robotic club, and compete with the champions of the robotics, MIT, after assembling a robot with just $800 and used car parts; his co-stars were George Lopez, Jose Julian and David Del Rio, among others.

Two years later, Carlos co-starred with his wife Alexa in the romantic comedy movie “Enchanted Christmas”, while in 2018 he worked on several projects, including the TV comedy-drama series “Life Sentence”, and teamed up again with his wife in the movie “Love at Sea”.

Furthermore, he and his wife worked on the TV comedy mini-series “The Power Couple” in 2019, while in 2020 he starred in the comedy-drama film “Mighty Oak”, alongside Janel Parrish and Tommy Ragen.

In addition to his visual on-screen performance, Carlos is known as a voice actor, making his debut in 2009 as the voice of Rally in the animated family-adventure film “Elephant Kingdom”.

The boy band Big Time Rush was an international sensation. During their four-year run they released three studio albums, including “BTR” in 2010, which reached No. 3 on the US Billboard 200 chart and achieved gold status, then “Elevate” (2011), and “24/Seven”.

Following the end of the TV series, the group performed live until May 2014, when they announced an indefinite hiatus, and the members began pursuing their solo efforts. However, in July 2021, they announced their comeback and a plan to perform two reunion shows in December.

Away from the band, Carlos has worked on his own music – his debut solo single entitled “Electrico” was performed in the Spanish language in 2014, and three years later, he released the song “Besame”, a duet with MAFFIO. Moreover, he has collaborated with Evan Craft on the song “Principo Y Fin”, and Aaron Tveit on the song “Greased Lightnin’”.

Carlos met his future wife Alexa Vega at a Bible study, and the two became engaged in August 2013. The wedding ceremony was held on 4 January 2014 in Puerto Vallarta, taking PenaVega as their married name.

Both devoted Christians, they have welcomed three children, sons Ocean King and Kingston James, and daughter Rio Rey. His wife is an American actress and singer of Colombian ancestry, and is best known to the world as Carmen Cortez in the “Spy Kids” film franchise, also as Ruby Gallagher in the TV series “Ruby & the Rockits”, among other roles.

As of late 2021, Carlos PenaVega’s net worth has been estimated to be around $8 million, earned through his successful career as an actor and singer.

Is Carlos PenaVega a Trump Supporter?

Many fans of this popular actor have started thinking of him as a Donald Trump supporter, but is he one? Carlos followed Trump and his administration on the popular social media network Twitter, but is yet to voice his actual support, as he didn’t say a thing about it. He received negative comments on his own social media outlets from fans as he is Latin, and the former president is known for not being fond of Latinos or any other ethnic groups.

The Big Time Rush member has brown hair and brown eyes. He stands at a height of 5ft 6ins (1.68m), while he weighs approximately 150lbs (68kgs). His vital statistics are unknown, though he has an athletic figure.

Carlos is rather physically active and in addition to his daily gym routines, he has a black belt in taekwondo. He follows a strict diet to maintain his perfect form and figure.

He’s an avid dancer, and has showcased his dancing skills with numerous choreographies in music videos.

An avid animal lover, he has a pet German Shepherd dog named Sydney, and two cats Zero and Zira.

He plays hockey sometimes with his friends and enjoys scuba diving.