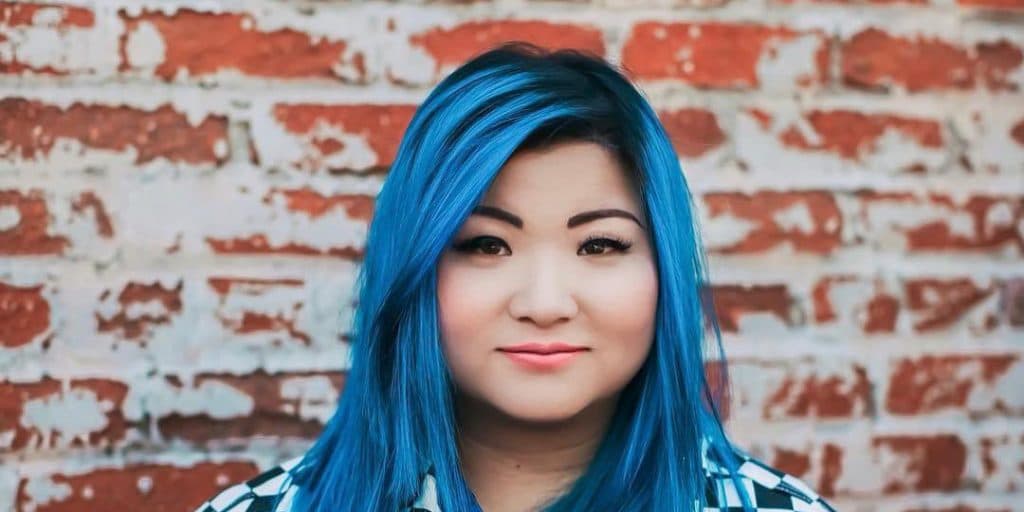 What is ItsFunneh’s real name?

ItsFunneh – real name is Katherine – was born in Canada on 31 October 1995 – her zodiac sign is Scorpio, she holds Canadian nationality, and is of Asian descent. She’s a YouTuber and a social media star, who’s perhaps known best for her eponymous YouTube channel, which she launched on 2 September 2011; it’s today subscribed to by close to 10 million people, and numbers nearly 10 billion views of all her videos combined. ItsFunneh is mostly focused on uploading videos which feature her and her siblings playing video games, mostly “Roblox” and “Minecraft”, while she also enjoys sharing the details of her everyday life with her fans.

ItsFunneh was raised in Canada alongside her four siblings, by their mother who worked at a local restaurant, and their father who was a chef; the family was rather poor while ItsFunneh was growing up.

Her siblings have all become YouTubers, and their nicknames on the internet are PaintingRainbows (Betty), GoldenGlare (Kimberly), LunarEclipse (Wenny) and DraconiteDragon (Allen). Together, the five siblings have launched their own group and YouTube channel called “KREW”.

ItsFunneh became interested in playing video games after her father had brought home a Nintendo console which his boss’ daughter didn’t want anymore. The five siblings played together on it until it broke, when their father then bought them a Nintendo GameCube console.

During her time at a local elementary school, ItsFunneh was very shy, and spent most of her time with her ‘doodle book’. When she was 10, the family moved to a larger house in another neighborhood, and ItsFunneh was labeled as ‘weirdo’ at her new school; when she was 13, her parents bought a restaurant, at which ItsFunneh worked nearly every weekend, until it was closed after three years.

It was then that ItsFunneh launched her YouTube channel, and started building herself a fanbase on the internet. She attended a local high school, and upon matriculating in 2013 didn’t enroll at college.

ItsFunneh is popular on YouTube for a number of reasons, but mostly for her amazing skills at the video game “Roblox”; she’s also known for her skills in animation, and her sense of humor.

We’re going to mention three of ItsFunneh’s most popular videos, which have helped her attract many subscribers.

Her #1 video “FIRST DAY AT FAIRY HIGH SCHOOL! GETTING OUR NEW DORMS WITH TOUR!! (Roblox Roleplay)” has been watched close to 40 million times since 10 August 2017, and features her and her siblings roleplaying in “Roblox”.

Her second most popular video “The WORST players in ROBLOX HOLE IN THE WALL!” has been watched more than 30 million times since 17 January 2018, and shows her playing the game “Hole in the Wall” created in “Roblox”, and pointing out some of its worst players.

ItsFunneh is quite active on Instagram, and apparently enjoys the attention which she’s receiving from her more than 500,000 followers; she has uploaded over 100 pictures onto the network, most of which have been taken during her everyday life.

She launched her Twitter account in October 2012, and has since tweeted more than 7,000 times, while she’s amassed nearly 300,000 followers; ItsFunneh mostly writes to share the details of her life with her fans, but also to announce her new YouTube videos.

ItsFunneh has recently launched her TikTok account, and it’s already followed by close to 10,000 people, and numbers more than 5,000 likes of the only video she has so far uploaded.

ItsFunneh and her siblings launched their YouTube channel “KREW” on 24 September 2013, and they’ve since attracted close to a million subscribers, and amassed nearly 10 million views of all their videos combined. They’re mostly focused on uploading videos which feature them spending time together and playing video games, while the siblings also enjoy creating Lofi music. We’re going to mention three of their most popular videos, which have helped them attract many subscribers.

Their #1 video “#PermissionontoDance #Shorts” has been viewed close to two million times since 26 July 2021, and features ItsFunneh‘s sister Betty dancing while her two dogs are watching her.

Their second most popular video “I found something…” has been watched more than a million times since 23 October 2021, and shows ItsFunneh and her siblings while they are filming themselves with a special filter on.

Number three on their most watched video list is “3 BESTIES go to the Ariana Grande Concert in Fortnite…”, watched close to a million times, and featuring ItsFunneh and her two siblings playing “Fortnite: Battle Royale” together.

All four of ItsFunneh’s siblings are today active and popular on YouTube, and we’re going to share some details about their channels.

The oldest sibling, Betty launched her YouTube channel “PaintingRainbows” on 8 October 2013, and has since amassed over a million subscribers, and close to 40 million views of all her videos combined, most of which feature her playing video games with her brother and sisters.

The second oldest sibling is Kimberly (ItsFunneh is the middle sibling), who launched her channel “GoldenGlare” on 27 December 2009, and it’s today subscribed to by close to 1.5 million people, and numbers over 120 million views of all her videos combined; Kimberly mostly plays video games in her videos, with her two favorites being “Minecraft” and “Fortnite: Battle Royale”.

Fourth sibling Wenny launched her YouTube channel “LunarEclipse” on 31 August 2015, and has since attracted over a million followers, and close to 20 million views of all her videos combined; most of these show her playing video games.

The fifth sibling is Allen, who launched his channel “DraconiteDragon” on 7 May 2011, and it’s today subscribed to by more than 1.2 million people, and numbers over 75 million views of all his videos combined, which mostly feature him playing various video games, while his favorite is “Among Us”.

ItsFunneh is highly secretive when it comes to her love life, and hasn’t spoken of any boys or girls whom she has perhaps been with. However, there are various rumors circulating the internet concerning her past relationships, as well as her sexual orientation.

A couple of ItsFunneh’s fans believe that the popular YouTuber is a lesbian, and that this is why she avoids talking about her love life, but no evidence has been provided to support these claims.

As of December 2021, ItsFunneh appears to be single, hasn’t married and doesn’t have children.

ItsFunneh likes to spend her spare time outdoors, in nature with her siblings; they often travel to natural parks together.

She’s a huge lover of animals and has two pet dogs and a pet cat, which can all be seen featured in some of her Instagram pictures.

ItsFunneh’s favorite season is winter as she loves snow, and enjoys making a snowman with her siblings.

She’s into travelling, and has been to several US states including California and Texas, as well as to a couple of European countries, such as Italy and the Netherlands.

ItsFunneh likes to watch movies late at night; her favorite actor and actress are Ryan Gosling and Amanda Seyfried, while a couple of her favorite films are “Dear John”, “The Notebook” and “Letters to Juliette”.

As of December 2021, her net worth has been estimated at over $10 million.