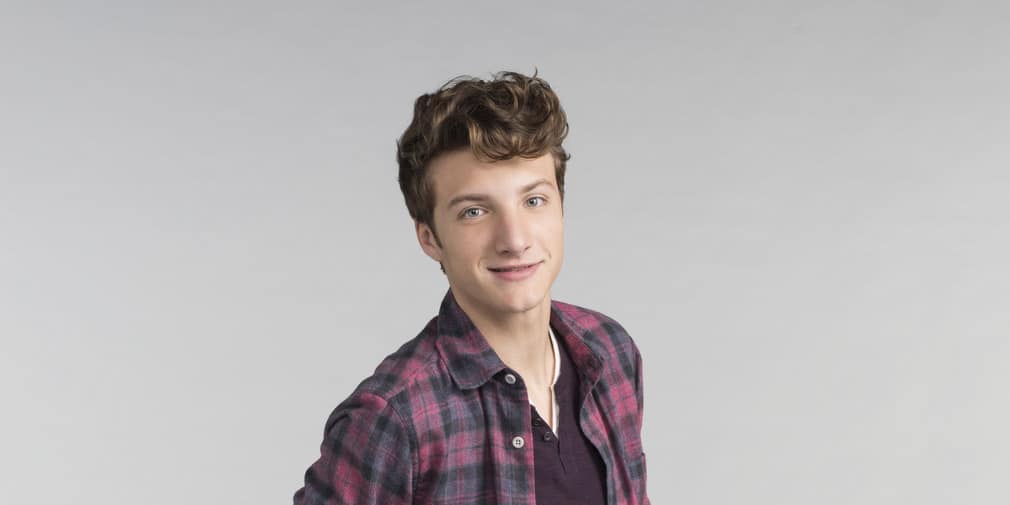 Who is Jake Short?

Jacob Patrick ‘Jake’ Short was born in Indianapolis, Indiana USA, on 30 May 1997 – his zodiac sign is Gemini, and he holds American nationality. He’s an actor and a film director, who has been credited with appearing in nearly 30 movies and TV series, while he’s probably known best for his portrayal of one of the lead characters, Fletcher Quimby, in the popular family comedy series “A. N. T. Farm”. It was created by Dan Signer, also starred China Anne McClain and Sierra McCormick, and follows a teenager who has entered a program for gifted children called Advanced Natural Talents; the series aired from 2011 to 2014, and won seven of the 19 awards for which it was nominated.

Jake was raised alongside his brother, Austin James Short in Indianapolis, by their father James Kramer Short and mother Kimberly Kennan Hankins Short; nothing is known about Jake’s parents, as they prefer to be left out of media.

He became interested in acting at a very early age, and his parents began taking him to auditions when Jake was just eight years old. He was 10 when he launched his acting career, with his portrayal of Child Daniel in the biographical drama movie “The Anna Nicole Smith Story”, and the following year then saw Jake play Nose Noseworthy, in the popular adventure comedy film “Shorts”. It was written and directed by Robert Rodriguez, starred Jimmy Bennett, James Spader and Kat Dennings, and follows a young boy who has found a mysterious rock, which grants its owner every wish; the movie was nominated for two awards.

Jake then moved to Los Angeles, California, wanting to focus on his acting career. He matriculated from a local high school in 2015, and chose not to pursue a college degree.

Jake made his debut TV series appearance in 2009, with his portrayal of Kenny Coffey in the episode “Bros Go Pro” of the action adventure comedy “Zeke and Luther”, and the same year saw him portray Scott Smith in the critically acclaimed mystery crime drama “Dexter”, created by James Manos Jr., and which starred Michael C. Hall and Jennifer Carpenter. It follows Dexter Morgan who’s solving crimes during the day, and committing them at night; the series aired from 2006 to 2013, and won 57 awards, including four Primetime Emmys, while it was nominated for 196 other awards.

The following years saw Jake make a guest appearance in an episode or two of various series, such as the science fiction “Futurestates”, the comedy “$#*! My Dad Says” and the action comedy drama “Lab Rats: Bionic Island”. Between 2013 and 2015, he played the main character Oliver, in the popular family science fiction comedy “Mighty Med”, created by Jim Bernstein and Andy Schwartz, and which also starred Bradley Steven Perry and Paris Berelc. It follows two boys who have begun working at a secret hospital for superheroes.

Three of Jake’s most recent roles in TV series have been in all the 16 episodes of the adventure comedy drama “Lab Rats: Elite Force” in 2016, 10 episodes of the comedy “All Night” in 2018, and six episodes of the sports comedy “The First Team” in 2020.

In 2009, we saw him play Mookie in the comedy “Jack and Janet Save the Planet”, while a couple of his following roles were in the 2011 music video “China Anne McClain: Dynamite”, the 2011 short comedy “It Is Dark in Here”, and the 2012 short family drama “A Son Like You”.

In 2014, Jake was cast to portray Wedding Guest, in the popular adventure crime comedy “Muppets Most Wanted”, written and directed by James Bobin, and which starred Ricky Gervais, Ty Burrell and Tina Fey. It follows The Muppets who are on a world tour, and have become involved in a jewel heist; the movie won three of the 14 awards for which it was nominated.

In 2018, Jake appeared in both the romantic comedy “#Roxy” and the comedy “Man of the House”, and in 2019 he was cast to play Sai in the mystery horror thriller “Confessional”; it was directed by Brad T. Gottfred, starred Lucas Adams and Paris Berelc, and follows seven students invited to a hidden confessional booth, after two students are mysteriously killed on campus.

Jake’s two most recent roles in movies have been in the 2020 comedy drama “This Is the Year”, and the 2021 action fantasy comedy “Supercool”, while he’s currently shooting for the upcoming romantic comedy drama “Sex Appeal”.

He was the script supervisor, producer and director of the 2013 short crime movie “Unraveled”.

He has made a guest appearance in numerous talk-shows, including “Lamarr Wilson”, “Red Carpet Report” and “Disney FHO – Friends Hanging Out”.

Jake has won two of the three awards for which he has been nominated: he won a 2010 Young Artist Award for Best Performance in a Feature Film – Young Ensemble Cast, for “Shorts” (shared with colleagues), and a 2012 Kids’ Choice Blimp Award for Favorite TV Actor, for his performance in “A. N. T. Farm”; he was nominated for the same award in 2014.

Jake’s quite open when it comes to talking about his love life, and has uploaded numerous pictures onto his Instagram account, which feature him spending time with his girlfriend Alexxis Lemire. The two met in 2016, on the set of the series “Lab Rats: Elite Force”, in which Alexxis played Scarlett Double in the episode “Home Sweet Home”.

She’s appeared in only six other movies and TV series, and is today known best for her portrayal of Aster Flores, one of the main characters in the 2020 romantic comedy film “The Half of It”.

Neither Jake nor Alexxis have spoken of any other people whom they might have been with, so as of November 2021, Jake is in a long-term relationship with Alexxis Lemire, hasn’t married, and doesn’t have children.

Jake is an Instagram star; his account is today followed by close to 1.5 million people, while he’s uploaded nearly 1,000 pictures onto the network. The majority of these pictures have been taken during his everyday life, and feature him travelling, having fun with his friends, and playing his favorite sport – soccer.

He’s physically quite active, as Jake has multiple training sessions at the gym each week, thus his muscular body.

Travelling is one of his main passions; Jake has been to various US states, and has also travelled to France and England in Europe.

Jake has his own favorite actors and actresses, some of whom are Vin Diesel, Tom Cruise and Emma Watson, and a couple of his favorite movies are the franchise “Fast and Furious”, “The Last Samurai” and the franchise “Harry Potter”. He’s also a huge fan of the animated series “Rick and Morty” and “South Park”.