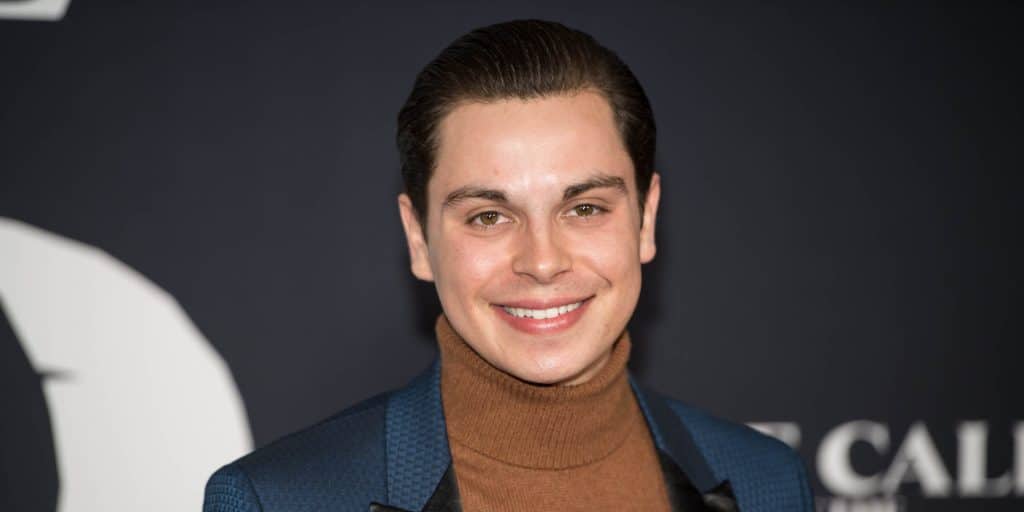 Jake T Austin (aka Jesus on The Fosters) Girlfriend, Net Worth

Who is Jake T Austin?

Jake Austin Szymanski was born in New York City, USA, on 3 December 1994 – his zodiac sign is Sagittarius, and he holds American nationality. He’s an actor who’s appeared in more than 30 movies and TV series, while he’s perhaps still known best for his portrayal of one of the main characters, Max Russo, in the adventure comedy series “Wizards of Waverly Place”. It was created by Todd J. Greenwald, also starred Selena Gomez and David Henrie, and follows the Russo family who are running a restaurant, while their three children are competing to become the family’s wizard; the series aired from 2007 to 2012, and won 39 awards, including two Primetime Emmys, while it was nominated for 50 other awards.

Jake was raised alongside his sister Ava in New York City, by their father Joe Szymanski, and their mother Giny Rodriguez Toranzo; nothing is known about their parents, as Jake respects their privacy.

He was seven years old when he started appearing in various TV commercials, and was eight when he launched his acting career, with his portrayal of Kid 1698 in an episode of the musical comedy “Late Show with David Letterman”. A couple of Jake’s following roles were in the 2006 animated adventure comedy movie “The Ant Bully” (voice role), the 2006 animated adventure comedy “Everyone’s Hero” (voice role) and the 2006 crime movie “A. K. A.”

He continued acting throughout his entire education. He attended a local high school, at which he was interested in various activities including playing football, practicing creative writing, and dancing. Upon matriculating in 2013, he didn’t enroll at college, but focused on acting.

In 2007, Jake was cast to play the main character Chris, in the family comedy drama “Johnny Kapahala: Back on Board”, directed by Eric Bross, and which also starred Brandon Baker and Cary-Hiroyuki Tagawa. It follows the life of Johnny Kapahala, who’s a teenage snowboarding champion; the movie won two awards.

The year 2009 saw Jake appear in four movies, including the family comedies “Hotel for Dogs” and “The Perfect Game”, and the adventure comedy “Wizards of Waverly Place: The Movie”. In 2011, we heard him voice Fernando in the hit animated adventure comedy “Rio”, written and directed by Carlos Saldanha, and which starred Jesse Eisenberg, Anne Hathaway and George Lopez.

In the following years, Jake played and voiced characters in several critically acclaimed movies, such as the 2013 animated action adventure “The Wizards Return: Alex vs. Alex” (voice role), the 2014 animated adventure comedy “Rio 2” (voice role) and also in 2014 the action adventure drama “Tom Sawyer & Huckleberry Finn”, in which he starred alongside Joel Courtney.

Three of Jake’s most recent film roles have been in the 2017 animated adventure comedy “The Emoji Movie” (voice role), the 2017 mystery drama “The Valley” and the 2020 crime thriller “Adverse”; he’s currently shooting for the upcoming thriller “Daft State”.

In 2008, Jake was cast to voice Bluz in the animated drama “Happy Monster Band”, and between 2005 and 2009, he voiced the supporting character Diego, in the animated adventure comedy “Dora the Explorer”.

He then made a guest appearance in the episode “Double-Crossed” of the action adventure comedy “The Suite Life on Deck”, while the following years saw him make a guest appearance in an episode of several critically acclaimed series, including the mystery crime drama “Law & Order: Special Victims Unit”, and the comedy drama “Drop Dead Diva”.

Between 2013 and 2015, Jake played Jesus Adams Foster, one of the lead characters in the popular romantic drama “The Fosters”, created by Peter Paige and Bradley Bredeweg, and which also starred Teri Polo and Sherri Saum.

The series follows Callie Jacob who has been adopted by two lesbians, and it won seven of the 39 awards for which it was nominated.

Two of Jake’s most recent roles in TV series have been in two episodes of the animated action adventure “Justice League Action” (voice role) in 2017, and the 2021 episode “Expanding” of the crime drama “The Rise”.

He’s currently shooting for the upcoming comedy “The Cannibals’”.

He could have beeen seen featured in various documentaries, including the 2009 video “A Home for Everyone: The Making of ‘Hotel for Dogs’”, the 2009 short video “Wizards of Waverly Place: Fashionista Presto Chango” and the 2015 series “Teens Wanna Know”.

Jake has made a guest appearance in many talk-shows, including “Fox and Friends”, “Good Day L. A.” and “Hollywood Today Live”.

Jake has been nominated for 16 awards, winning one: a 2009 Burbank International Children’s Film Festival Award for Best Child Actor, Performance, for “Wizards of Waverly Place”.

Jake hasn’t shared many details concerning his love life, but it’s widely known that he was once in a relationship with his fan. Back in 2011, Danielle Caesar started tweeting about Jake, claiming that she had fallen in love with the actor.

This continued for the following five years, until Danielle and Jake met at Planet Hollywood in 2016, having started chatting on the internet, and eventually deciding to meet. Their relationship lasted for around two years, during which the two attended most of Jake’s red carpet events together, and uploaded numerous pictures featuring them together onto their Instagram accounts.

There are today rumors circulating the internet claiming that Jake is in a relationship with a non-celebrity girl named Colby, but this hasn’t been confirmed.

As of November 2021, he might be in a relationship, hasn’t married and doesn’t have children.

Jake is a huge lover of animals, and his two pet dogs, Beju and Bogey can be seen featured in many of his Instagram pictures; he’s quite active on the network, and is today followed by close to two million people.

He’s a philanthropist, and has donated money to Make-A-Wish-Foundation, Starlight Children’s Foundation and Boys & Girls Clubs of America.

Jake is physically highly active, mostly because it’s important for his acting career to stay fit; he has multiple training sessions at the gym every week.

He likes to travel, for both work and pleasure, and has been to a couple of US states and several European countries, including Croatia and France.

Late at night, Jake enjoys watching movies starring his favorite actor and actress, Chris Rock and Amanda Seyfried, such as “Grown Ups”, “The Longest Yard” and “Letters to Juliette”.