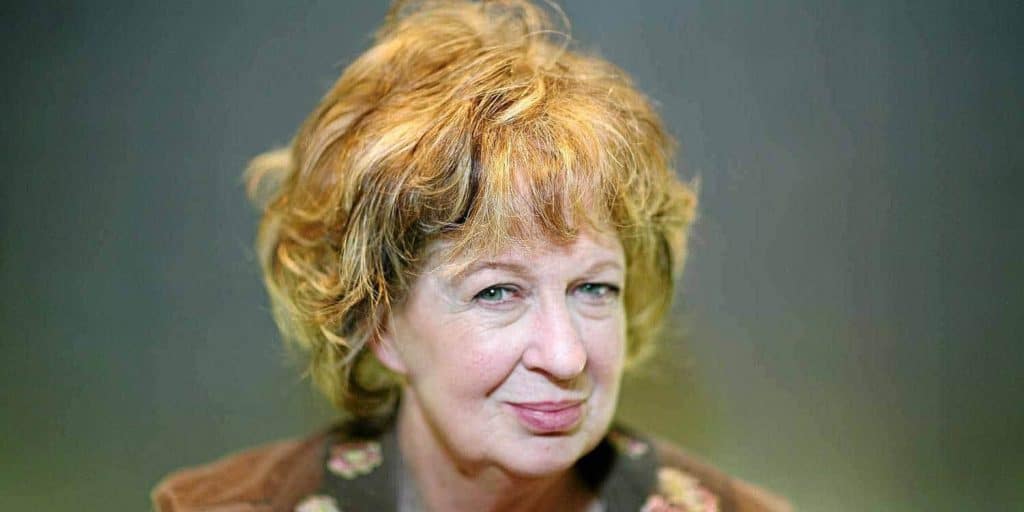 Jane Eastwood’s Biography: Is She Related to Clint Eastwood

Jane Eastwood, also credited as Jayne Eastwood (or Jane Easton) is a popular Canadian veteran television, film and voice actress, who has showcased her acting prowess in many TV shows, including “King of Kensington,” “Little Mosque,” and many others.

Jayne was born on 17 December 1946, in Toronto, Ontario Canada, brought up in her hometown spending most of her childhood at her parent’s cottage, and attended Northern Secondary School. She also went for short classes at York Mills Collegiate Institute. She liked skiing in Collingwood during the winters.

Eastwood started off as a painter in her hometown before one of her friends invited her to appear in a locally-produced play, entitled “Suddenly, Last Summer.”

She performed exceptionally, and her teacher, who was also a well-connected acting agent, noticed her talent and took her on, which marked the beginning of their long-term professional relationship.

Jayne used to smoke but quit.

She likes working with Renee Zellweger, a 52-year-old award-winning American singer and actress.

She is fascinated with acting, and during a certain interview, stated that acting is one of her major happy places, saying jokingly that she’s half-human and half-actress.

She doesn’t appear in random commercials; according to sources, only doing so if the brand she is advertising is genuine or if the story is real.

Jayne’s debut film was entitled “Goin’ Down the Road” in 1970, landing the role of pregnant Betty – its director was Donald Shebib; she also appeared in its 2011 sequel “Down The Road Again”. In 1984, she was selected for a major role in the Richard Lester-directed CBS comedy “Finders Keepers,” in which she portrayed Anna-Marie. The role earned her recognition, which saw her frequently invited for auditions and in 1987, she landed her first role in Hollywood, in the film “Love at Stake”, before appearing in “The Santa Claus” American film in 1994. Between 2000 and 2021, she made appearances in many films, including 2000 “Where the Money Is,” 2007’s “Hairspray,” “Work It” in 2020, and most recently in 2021’s “Trigger Point.”

Eastwood made her TV drama debut in 1970, in “That’s Show Biz”, before she hosted another show entitled “Summer of ’75”. She subsequently joined The Second City comedy group founded by Bernie Sahlins, Howard Alk and Paul Sills, and after they launched their channel named Second City Television (SCTV), she was regularly seen in most of the shows that they performed. In the ’90’s, she appeared in several shows including 1990-1992’s “Material World,” “Noddy” in 1998-2000, and 1999’s “A Holiday Romance.”

As a voice actress, Jayne has brought countless characters to life, including Mrs Rockchewer in 1995’s “Neverending Story”, Miss Finchley in 1998’s “Once a Thief”, and Mrs Dingle in 2000’s “For Better or For Worse.” She has also voiced characters in productions such as  “Best Ed” in 2008, 2010’s “Babar and the Adventures of Badou,” and most recently in ” Cupcake & Dino: General Services” in 2018.

On top of film and TV series appearances, Jayne has been cast in several plays, including “Godspell” musical play performed in Royal Alexandra Theatre situated in Ontario in 1972, “You’re Gonna Be Alright” and “Jamie Boy” in the Toronto-based Tarragon Theatre (1975), “Thelma” played in the Artword Theatre, Ontario, in 2001, and “Showboat” musical held in Philadelphia and Toronto.

Eastwood has received several awards for her skilled performances in various productions, including 2019’s ACTRA Toronto Award of Excellence for her long-running career – 50 years – in voice animation, films, TV shows and on stage. The skilled entertainer was also rewarded with 1999’s Earle Grey Award for her contribution and lifetime achievement in Canadian Television’s international profile. Eastwood has also been nominated for various awards including a 2006 Gemini Award for Best Performance by an Actor (in a Featured Supporting Role) for her contribution to 2004’s “This is Wonderland.”

Despite the glamour and fame that comes with working in Hollywood, Jayne prefers working in her home country, close to her family, friends and fans. She was married to David Flaherty, an actor and writer born on 25 August 1948, who was frequently seen on SCTV Channel, and caught the public attention for his protagonist role in “Maniac Mansion” sitcom. The duo had welcomed three children together named Alicia, Dave, and Olivia Flaherty (from the youngest to the eldest). Her husband was also famous for being Joe Flaherty’s younger brother – Joe is an actor, comedian, and alumnus of SCTV who has appeared on “Freaks and Geeks” and many other films and TV shows.

David became a tutor at Humber College, situated in Ontario, Canada, in 2005. He unfortunately passed away, aged 68 years, in Pennsylvania, USA, on 8 July 2017.

Jane has maintained a slim athletic body at her age, and has a fair skin tone. She is 5ft 8ins (1.72m) tall and weighs approximately 132lbs (60kg). The American-born superstar has long greying blonde hair and hazel eyes. She likes wearing black gowns and button-down shirts paired with pants.

Jane has been in showbiz for the last 50 years and has accumulated a modest fortune through her acting career. Credible sources reveal that as of 2021, her net worth approximately $1 million.

She has a stylish home in Edmonton, Alberta Canada, and she allegedly lives a lavish lifestyle.

On top of looking alike, Clint and Jane share the same last name (just a coincidence), which has led to many believing that they are related. Clint Eastwood is a famous multi-talented American director, actor, soundtrack composer and producer who caught the public eye for his appearance in the “Gran Torino” film. Formerly, Clint was married to two women named Maggie Johnson and Dina Eastwood. He is a father of eight children including Francesca, Alison, Scott, Kimber Lynn, Kyle, Morgan, Kathryn, and Laurie Murray.