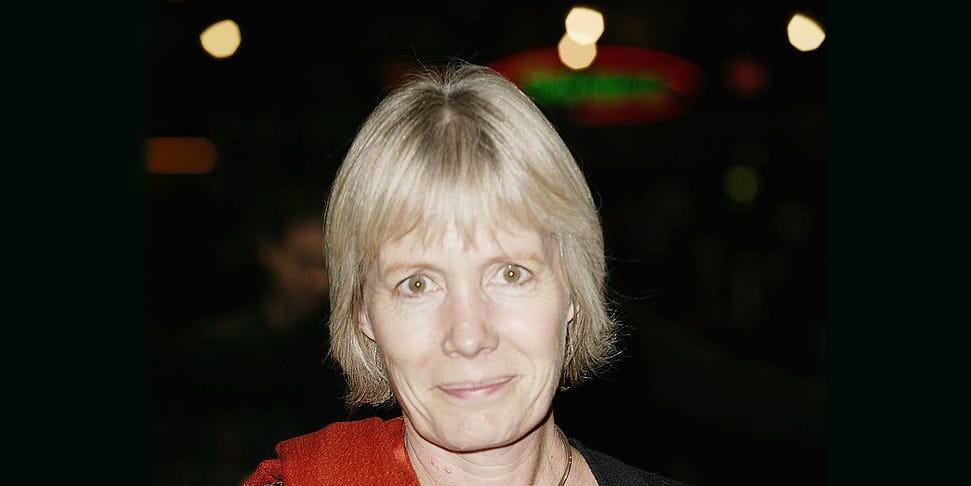 Who is Jane Wymark?

Jane Wymark was born under the zodiac sign of Scorpio on 31 December 1952, in Paddington, London, England; she is a British actress with 34 credits to her name, perhaps known best for her portrayal of Morwenna Whitworth, in the BBC series “Poldark”, which won an award, and had five award nominations, including for a Primetime Emmy. The series is based on the 12 novels under the same title “A Novel of Cornwall” by Winston Graham, which were firstly adapted for television in 1975, and later in 2015.

Jane was raised in London by her parents, her mother was the American writer and playwright Olwen Wymark, and her father was the British actor Patrick Wymark. Jane has one sister Rowan, and two brothers, Dominic Wymark who is an art director, and Tristram Wymark who is also an actor.

Jane attended Maria Fidelis Catholic School, and upon matriculating in 1970, she enrolled at the prestigious Birmingham University in England, from which she graduated with a Bachelor’s degree in drama in 1974.

Jane made her acting debut in 1975, in the series “Rooms”, in which she was cast to play Susan, followed by her appearance in an episode of the series “Shadows”. She then had support roles in TV mini-series such as “Beasts” and “Father and Families”, before she portrayed Diana in six episodes of the series “Rob Roy” in 1977.

In the same year, she was cast to play Morwenna Whitworth in the series “Poldark”, acting alongside Angharad Rees, Clive Francis and Robin Ellis in this historical romantic drama about Ross Poldark who is coming back from war to reunite with the love of his life.

In 1978, she made an appearance portraying Terry in three episodes of the series “The Bass Player and the Blonde”, starring alongside Edward Woodward and Ronald Fraser. In the following years, she had roles in the series “Chalkface”, “Children of the North”, “Doctors”, and “The Boss”.

In 1997, she portrayed Joyce Barnaby in the series “Midsomer Murders”, which was one of her most significant roles, starring with Barry Jackson and John Nettles in this mystery drama, which had seven award nominations, and won an Online Film & Television Association Award (OFTA) TV Hall of Fame, in 2014. The series has been airing for almost fourteen years, but Jane and John Nettles both left in 2011.

In an interview for the magazine “Birmingham Mail”, she stated ‘I’m relieved that I don’t have to be the nicest person in the world anymore! That’s a heavy burden to carry.’ It was because her character Joyce Barnaby was an example of a kind and very tolerant wife, and as Jane said, she was limited with that role, and wanted to try something different.

Her most recent role was in 2013, as a guest star in the series “Jo”, in which she was cast to play Catherine, acting alongside Jean Reno in this mystery drama about a veteran detective from Paris, France.

Jane made her debut on the big screen in the 1990 movie “The Fool”, a costume drama and satire about the lives of the lower and upper classes in London.

This was followed by her role in the 1995 movie “All Men Are Mortal”, a drama which was written by her mother, and based on the novel of the same title by Simone de Beauvoir.

In the following year, she acted in the TV movie “Giving Tongue”, and this was her most recent film role.

Jane has been keeping her love life secret, and there is no information about her previous relationships, however, it’s widely known that she’s been married for over thirty years; her husband is Paul Howson, who was working as a diplomat for the British Council.

The two met while she was on a promotional tour of Tunisia for the British Council, and Paul was working there; it seems that it was love at first sight, however, because of the high-profile nature of Paul’s career, there isn’t much information about their private lives, such as the date of their wedding, and where it was.

It’s known that they have lived in Denmark and Bangladesh; Jane and Paul have two sons who were born outside of the United Kingdom, however, they hold British nationality, and both have careers in the film industry.

Jane’s career as an actress was on hold because of the life they lived as the family of a diplomat, however, Jane was proud of her husband’s work, especially when he was a part of a diplomatic team in Shangai when he worked on improving cultural relations between the United Kingdom and China.

As of September 2021, they appear to be happily married, and since Paul is retired, they enjoy spending time together at their home in London.

Jane’s favorite hobbies are reading and watching movies; her favorite writer is William Shakespeare, and her favorite movies are “Casablanca”, “Lawrence of Arabia” and “Gone with The Wind”, while her favorite actors are Humphrey Bogart, Anthony Quinn and Clark Gable, and favorite actresses Vivien Leigh, Greta Garbo and Bette Davis.

In her spare time, she likes to do gardening, sculpting and painting.

Jane is into traveling, and thanks to her husband’s work, she’s visited a couple of countries in Europe and Africa, and several US states; her favorite travel destination is Tunisia, because there she met the love of her life.

Jane doesn’t have any social media accounts, so there is not much inside information about her career and work; the latest news about her acting career was that she performed in Arts Theatre in the play “A View from Islington North”.