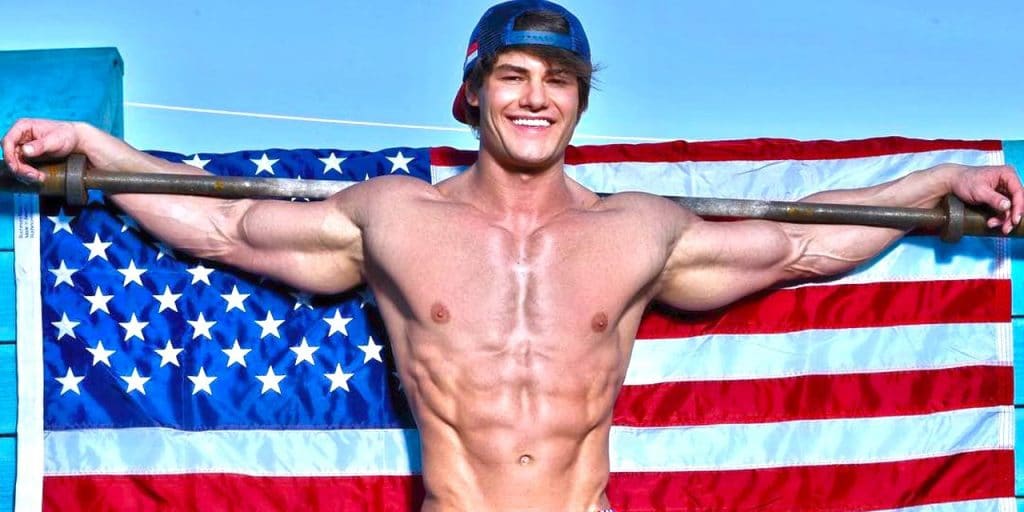 Who is Jeff Seid?

Jeff Seid was born in Renton, Washington State USA, on 12 June 1994 – his zodiac sign is Gemini, and he holds American nationality. He’s a bodybuilder, YouTuber, social media star, author, and a TV personality, who’s probably known best for his eponymous YouTube channel which he launched on 6 July 2012. It’s today subscribed to by close to 1.5 million people, and numbers nearly 150 million views of all his videos combined. Most of Jeff’s videos show him working out at the gym, while giving his fans advice on exercising and dieting.

Jeff was raised in Renton alongside his sisters Kristina and Melissa, by their father Kim and mother Jetty; nothing is known about Jeff’s family, as he respects their privacy, but it’s said that his father is a high school teacher, and that his mother is a nurse.

Jeff became physically active at a very early age, and was only five years old when he took on multiple sports, including football and soccer. He watched people working out at the gym many times on his way to school, and was 11 when he stepped into one; in that same year, Jeff started lifting weights, and has been working out ever since. Jeff holds the ‘title’ of the youngest bodybuilder to join the International Federation of Bodybuilding and Fitness (IFBB).

He attended a local high school, and was apparently amongst the most popular students there, mostly thanks to his physique; Jeff matriculated in 2012, and then chose to focus on his career, rather than to pursue a college degree.

Jeff is mostly popular on YouTube for his videos which feature him showing off his muscular body, but also for being there for his fans, and helping them choose the perfect workout plan for them.

We’re going to mention three of his most popular videos, which have helped him attract many subscribers.

Jeff’s #1 video “Jeff Seid: How Ya Doin” has been watched close to eight million times since 29 August 2012, and is 18 minutes of Jeff showing off his muscular figure, working out at the gym, and taking pictures with fans in the streets.

His second most popular video “Summer of Legends Official Movie: Ft Jeff Seid & Harrison Twins” has been viewed over five million times since 24 November 2013, and features him starring in what appears to be a movie trailer.

His third most popular video is “Shoulder Workout w/ Jeff Seid”, viewed more than five million times since 5 March 2014, and shows Jeff during one of his workout sessions, and teaching his fans about proper shoulder exercises.

Jeff is an Instagram star, and is today followed by more than four million people on the network, while he’s uploaded over 2,000 pictures, in most of which he’s showing off his body. He’s revealed several things about himself in these pictures, including that he loves to travel, and has been to various US states, mostly to enter bodybuilding competitions; Jeff has also travelled to Europe on several occasions, and his dream travel destination is Monte Carlo, Monaco.

Jeff launched his Twitter account in July 2012, has since tweeted more than 4,000 times, and is today followed by close to 100,000 people. He mostly writes about his everyday life, but also to announce the upload of his new YouTube videos.

Jeff is quite popular on Facebook as well, and his page is today followed by close to five million fans, while his most recent update was on 27 January 2020.

He’s also active on TikTok, and is today followed by almost 20,000 people; he’s amassed nearly 150,000 likes of all his videos combined, which mostly feature him showing off his muscles.

In 2015, Jeff starred in the pilot episode of his own reality show “Jeff Seid”, which failed to be picked up by any network; he was also the producer of the show.

Set in July 1944, it follows the Asian-American soldier Soo who has found himself imprisoned ain a Nazi work camp in Germany, while the members of his family in the US have been sent to an American-Japanese concentration camp; the movie won an impressive 145 of the 196 awards for which it was nominated.

Jeff is amongst the most secretive bodybuilders and social media stars, as he hasn’t spoken of any women (or men) whom he has perhaps been with. This is probably why there are many rumors circulating the internet concerning his sexual orientation, and his current relationship status.

Some of his fans believe that he doesn’t have time for a girlfriend, while others claim that he’s today in a relationship with a non-celebrity American girl, but prefers to keep her away from media because of how the relationship might affect his popularity on the internet, and vice versa; none of this has been confirmed.

There are also those who believe him to be gay, and this to be the reason behind Jeff not speaking of the women whom he has been with, however, this theory is also unverified.

As of November 2021, Jeff appears to be unattached, hasn’t married and doesn’t have children.

Jeff is a dog-lover, and his pet dog can be seen featured in some of his Instagram pictures and videos.

He spends most of his time working out at the gym; Jeff trains six days a week, usually twice a day.

He often finds time to play video games on his computer, and a couple of his favorites are “Rocket League”, “Apex Legends” and “God of War”.

Late at night, Jeff likes to watch movies starring his favorite actor and actress, Dwayne ‘The Rock’ Johnson and Helena Bonham Carter, such as “Jumanji”, the franchise “Fast and Furious” and “Fight Club”.

He enjoys tasting various cuisines, and his favorite is Mexican food.

Jeff is a bit of a shopaholic, as he goes shopping for clothes multiple times every week; he’s also launched his own clothing line Seid Wear.