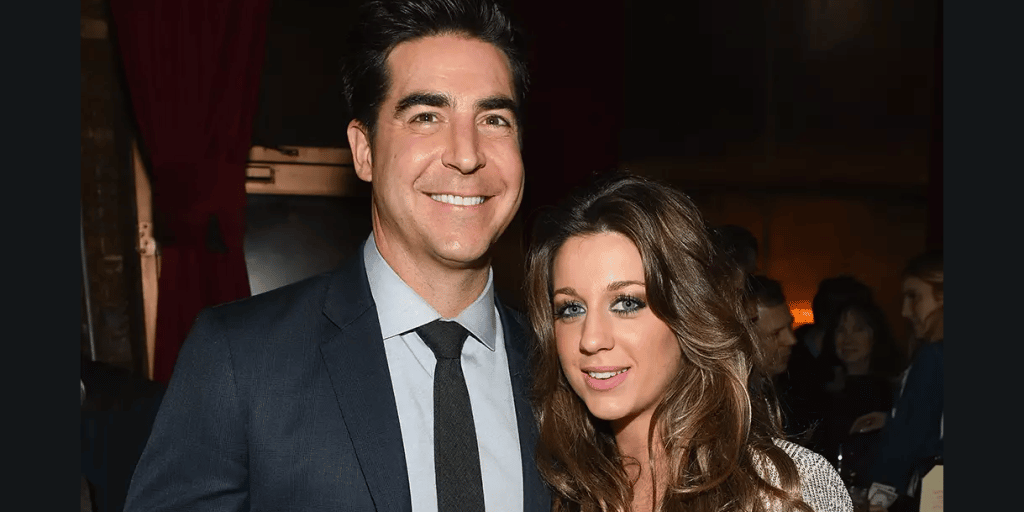 Emma DiGiovine is a well-known American TV producer, and former Fox News Channel journalist, famously known for her works as the Associate Producer of the program “Watters World.” She came to the limelight after having an affair with the television personality and commentator Jesse Watters, whom she later married.

Emma DiGiovine was born in Cranford, New Jersey, under the Gemini zodiac sign on 29 May 1992, which makes her 29 years old as of early 2022. Her parents are Janice DiGiovine, a ballerina, and her husband Gregory DiGiovine, who is a Program Manager at the New Jersey Board of Public Utilities; she was raised with her brother Gregory J DiGiovine who works at AES Clean Energy as a power trader.

She grew up with great interest in ballet, which led her to join dancing lessons, and when she was 15 years old, she made a stage appearance at the Metropolitan Opera House, alongside the crew of the American Ballet Theater. DiGiovine attended Academy of St. Elizabeth High and was very physically active there, dabbling in several sports such as softball, field hockey and soccer.  She matriculated to Fairfield University, Connecticut, and joined the school’s Student Association, serving as the Marketing Director – she graduated with a BA degree in Journalism in 2014.

Emma was still a college student when she began her career in 2012, joining Showtime Network to work as an intern in the department of public relations, which helped improve her skills.

She later modelled for MSA Models Management Agency (2012-2014), and was responsible for promoting several high-end brands such as Tommy Hilfiger and Macy’s.

Emma began her career in television in 2015, when she joined the Fox News’ crew, and was later appointed to serve as the personal assistant of the famous Emmy Award-winning American TV presenter John Stossel. Prior to the cancellation of the weekly “Fox Business” show – which was hosted by Stossel – DiGiovine also came in as the show’s production assistant. She made her career breakthrough when she was promoted to the position of associate producer of “Watters World” from 2017.

Moreover, she is credited with her works in Fox’s program “The Ingraham Angle.” The next phase of her career was as a writer for the Elite Daily blog. Following the outbreak of the worldwide COVID-19 pandemic, Emma found a way to keep her fans well-informed about physical and mental wellness, by creating home-made workout videos, and posting them on her widely-followed Instagram page. Thousands of her followers found them useful, and as a result she made it a routine to share weight loss and dieting tips with them. She thereafter launched a website under her name, on which she provides insights about her hair and skin care routines, workout advice, make-up lessons among other daily routines.

Emma became the subject of controversy on social media in late 2017, when rumours started spreading that she was having a romantic affair with Jesse Watters, who was at that time married to the American broadcaster Noelle Inguagiato Watters – they had welcomed a set of twin daughters together. Jesse later confirmed that he was dating Emma, whom he had met at Fox, after he divorced Noelle in March 2019, ending their 10 years of marriage. The duo later shared news of their engagement in August 2019, and tied the knot in December that year. They’ve been living what seems to be a blissful life side by side, and they welcomed a son together, a few months after she disclosed that she was expecting in an episode of the talk show “The Five”, which aired in 2020.

She shared the picture of her son, Jesse B. Watters Jr. (born in April 2021) on her social media platforms. Emma is seemingly very close to her family, and likes posting their photos, which are mostly captioned with heartwarming messages on her Instagram handle. She previously shared a photo of her brother and his wife Ashli Kravarik from their wedding in 2019. She also maintains a close relationship with her step-daughters, Sophie and Ellie – they go to vacations together from time to time

Emma has led a successful career in multiple fields as a social media influencer, model and fitness trainer, and has accumulated her net worth mainly from her television career. She is reputedly worth approximately $500,000 as of early 2022; on the other hand, her husband, Jesse’s net worth is around $7 million, as authoritative sources reveal.

Who Jesse Watters Is

Popularly known for hosting “The Five” and “Watters World,” Jesse Bailey Watters has carved a niche for himself with his informative and comic style of interviewing politicians. He was born under the Cancer zodiac sign on 9 July 1978, in Philadelphia, Pennsylvania, and is 43 years old as of 2022.

Jesse was born to Stephen H. Watters, who worked as a tutor, and his wife Anne Purvis, a child psychologist, and was raised in the Germantown neighborhood. He attended William Penn Charter after his family relocated to Long Island and he thereafter matriculated to Trinity College, in which he graduated with a BA in History. Watters made his career debut in 2003 as a correspondent in “O’Reilly Factor” show. As his fame grew, he began presenting politically-motivated man-on-the-street interviews, which became very popular. 2014 saw him appearing in Fox News daytime talk show “Outnumbered” before he began hosting “Watters World” one year later.

In 2017, Jesse became a co-host of the round-table chat show, “The Five.” The Pennsylvanian journalist has written a book, “How I Saved the World.” Despite his fame and success, he has suffered many controversies in his journalism career; for instance, he once implied that most terrorism attacks are executed by Muslims and also made inappropriate comments about Asian-Americans, which saw him heavily criticized. Jesse married his first wife, Noelle, in 2009 and they shared two children together before she filed for a divorce eight years later citing that he was cheating. Jesse later dated and wedded his current wife, Emma DiGiovine, and they live together with their son in New Jersey.