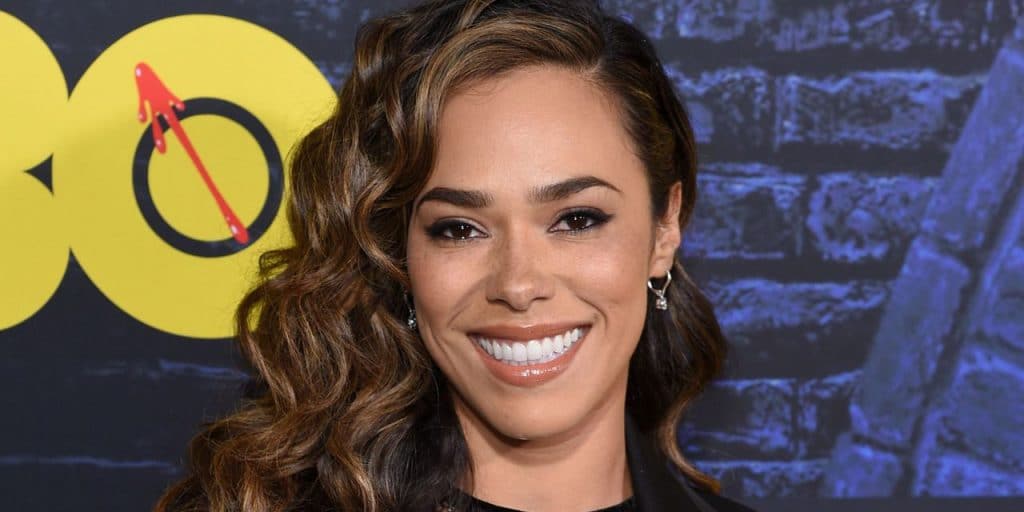 Jessica Camacho is an American actress, perhaps best known for portraying the character Gypsy in The CW’s superhero series “The Flash”. Since the show that shot her to the limelight, Jessica has become a hot topic in the entertainment industry. This biography breaks down everything you need to know about the actress. Keep reading.

Jessica Camacho was born on 26 November 1982 under the zodiac sign of Sagittarius, in Chicago, Illinois USA, to Puerto Rican parents. Thus, she’s of Latin American ethnicity and holds American nationality.

Not much is known of the actress’ early life, educational background, or family. However, Jessica once took an acting class on a friend’s suggestion, and since then she’s been wholly devoted to pursuing a career in the performing arts.

Jessica moved to San Francisco in the early 2000s, where she worked part-time as a waitress while she took night classes at the American Conservatory Theater. She moved back to Chicago after completing her training, where she worked in television and theatre productions. Upon receiving her membership card from the Screen Actors Guild, Jessica again relocated, to Los Angeles, California, to focus on her career.

Jessica Camacho made her on-screen debut in 2007, when she played Joy in the children’s television series “Come On Over”. She made her film debut the following year, playing Amber in the 2008 film “Desertion”, and later that year played Blonde in “Nothing Like the Holidays”, a film about a Chicago-based Puerto Rican family spending their seemingly last Christmas together.

In 2013, Jessica landed the recurring role as Petty Officer First Class Pilar Cortez, who doubles as a secret CIA Agent in the American military drama, “Last Resort”. She starred opposite Daisy Betts, Scott Speedman, and Andre Braugher until ABC announced the series would not run for another season.

Still, in 2012, Ms. Camacho starred in the star-studded American romantic comedy, “Think Like a Man”, based on Steve Harvey’s 2009 book “Act Like a Lady, Think Like A Man”, playing Melissa alongside Michael Ealy, Megan Good, Regina Hall and Kevin Hart.

Jessica Camacho joined Fox’s “Sleepy Hollow” cast as a guest star, towards the end of its second season. However, she was upgraded to series regular in the third season, playing a major role as Sophie Foster in the supernatural drama series.

During 2017 and 2018, she played the Gypsy Cisco Ramon’s former lover in 10 episodes of the superhero series, “The Flash”, starring opposite Carlos Valdes and Danny Trejo, which put her in the spotlight, and helped land her more significant roles.

She next landed the main role as Emily Lopez in the American legal drama “All Rise” (2019- 2021), which delves into the personal lives of judges and lawyers in a Los Angeles courthouse. Sadly, the show was scrapped after its second season.

In the same year, she played a supporting role as Michelle Vargas in “Another Life”, and Pirate Jenny in “Watchmen” also in 2019.

In a 2019 interview with Allure, Jessica revealed that an ideal role would depict ‘substance, passion, and real humanity. Shades of grey, conflicts within characters, strengths versus weaknesses’.

Jessica Camacho is apparently very much in love. She’s been keeping her love life low-key, but on 27 April 2021 she shared a picture of herself and her beau on Instagram, captioned, ‘When you know, you know. It only took 12 years to see what was right in front of me. Hope you all have someone to love you the way this man loves me.’

In July of 2021, Jessica Camacho became engaged to her long-time lover at the Rosenthal Winery in Malibu and celebrated with her friends and family.

Although she keeps her lover’s name out of the media, the actress shared the news of their engagement on Instagram.

Jessica said to Paradise about self-love – “I work on accepting myself, which isn’t always the easiest thing to do. I also learn from my mistakes while working towards being the most compassionate, sincere human I can be’.

The actress has embarked on various humanitarian projects as well. In March of 2019, she took part in the Gabino Camacho Family Fundraising program, and donated its proceeds ($10,000) to the Mountain View community. She’s also involved with nonprofits such as HSI Global, Best Friends of Animal Society, and Humane Society among others.

Jessica is active on social media – Instagram to be specific – @jesslisacamacho, on which she has over 15,000 followers who keep up with her work and personal life.

The actress lives with her fiance and her dog Jules, in Los Angeles California.

Jessica Camacho is a stylish woman; you can find her on the red carpet in classy dresses, but while lounging at home, she prefers to put on sweatpants.

As of late-2021, Jessica Camacho has a net worth estimated at over $3 million, earned from her 14 years of working as an actress, and from collaborations with famous brands. Details of property owned by Ms. Camacho and her family remain undisclosed to the public.