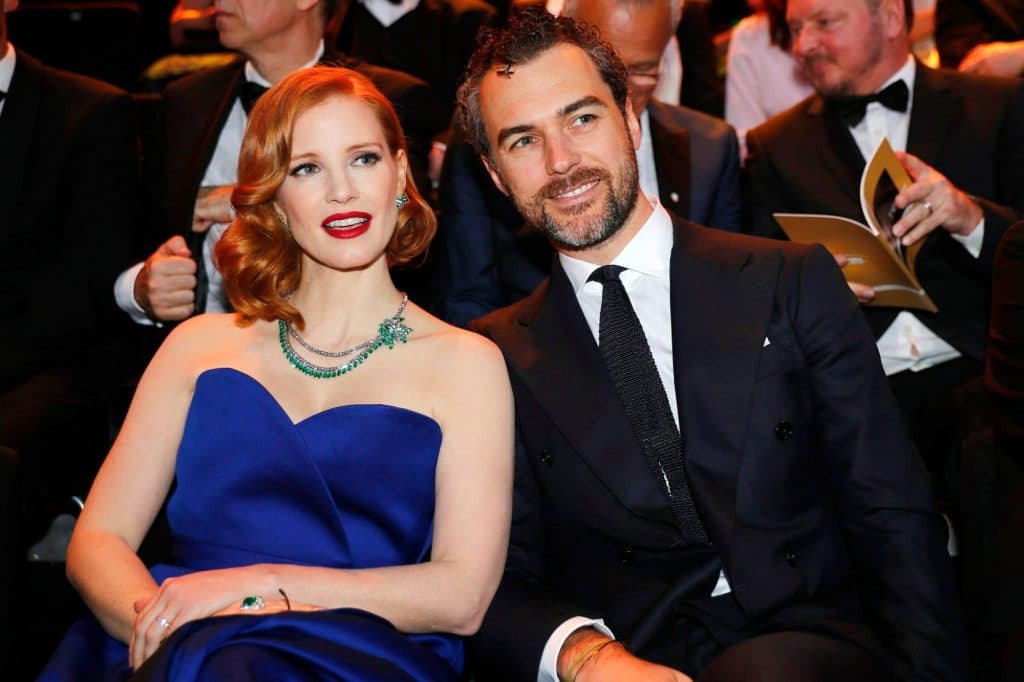 Gian Luca “Gian” Passi de Prepusolo, also known as Count Gian Luca  –although titles of nobility are no longer recognized in Italy-,  is an Italian aristocrat who also bears the American citizenship, and who is  related with the fashion world and  the wine production. He is better known for being married to American actress Jessica Chastain, with whom he has two children.

Gian Luca was born in Montebelluna, Treviso, near Venice, Italy,  on 10 November 1982 to his parents Count Alberto Passi de Prepusolo and Barbara Bruni. He has only one sister, called Gaia Passi.

Gian Luca´s family has an aristocrat past which  dates from the 13th century, although their history can be traced back to the year 973 A.D. in Bergamo, Lombardy.   In addition,  the name Passi, which means “peace”, was taken by the family around the year 1307, after the peace agreement with which their ancestor Ottopasso de Prepusolo put an end to the bloody conflict between the Guelphs and Ghibellines.

The place where Gian Luca grew up is  Villa Tiepolo, a typical 17th century Venecian Villa , located outside Treviso and surrounded by gardens and vineyards. This Villa has belonged  to his family since the 19th century, and nowadays it is an attractive touristic destination.

As regards his education, Gian Luca attended a private school in his hometown and after matriculating from high school, he went to  IULM University, in Milan, Italy, from which he graduated with a bachelor´s degree.

Gian Luca started his career in the fashion world working as a publicist and director of public relations for important brands, such as Armani and Monclair, but some years ago  he left fashion aside to dig into wine production and, together with two friends  and partners, he created “Fiol”, his brand of  prosecco, a sparkling wine typical of the north of Italy.

The brand, which was launched in 2010, has its headquarters in Trieste, Italy, and branches in Hong Kong and London.

They commercialize their wines all over the world and today, it is possible to find them in the most exclusive restaurants,  such as Gordon Ramsey´s, or at cinematographic events as, for example, the Venice Film Festival.

Gian Luca married Jessica, who is six years older than him,  after having been dating for five years, but before meeting her, he had had several romantic relationships, one of which was the Serbian model and actress Nina Senicar.

Gian and Jessica first met in 2012, and during that year they had a long-distance relationship, but   in 2013, Gian Luca moved to New York City, US, where Jessica lived. Subsequently Jessica, who has always preferred to keep his private life in secret, revealed that she had a boyfriend , and the couple appeared in public for the first time in Los Angeles, California, at the Women in Film 6th Annual Pre-Oscar Party.

Nevertheless, after this appearance, the couple continued keeping their relationship away from the paparazzi,  and they were  seen in public in very few occasions, one of which was  a basketball game at Madison Square Garden, on 6 June 2017, between The Angeles Lakers and the New York Knicks.

Finally, after proposing to her on Valentine´s Day, Gian Luca married Jessica on 10 June 2017. They had a private but extravagant wedding party at Gian Luca´s family estate in Carbonera, Italy. Although they intended to have a secret ceremony, the paparazzi managed to take photographs of the event from helicopters.

The just married couple spent their honeymoon in Africa, where they remained cut off from the outside world, without connection to the internet and with no mobile phones.

Currently, Gian Luca and Jessica live in New York, US, and they have two children. The older one, Giulietta Passi Chastain, was born via surrogacy on April 2018. Their other child´s  birth in 2020 was kept in secret, although Jessica was seen, one day after her birthday,  walking in Santa Mónica, California together  with Gian Luca, their daughter and their   newborn baby.

Who is Jessica Chastain?

Jessica Michelle Chastain is an American actress and film producer born in Sacrament, California in 24 March 1977, who is famous for her feminist thematic performances.  She made her debut on stage as Shakespeare´s Juliet in 1998, and on the big screen in 2008, in the film “Jolene”. Some time before, in 2004, she had already made her first appearance on TV as Dahlia Taslitz in the American series “ER”.

From then on , she acted in many films, such as “The Tree of Life” (2011), “A Most Violent Year” (2014) and “Chapter Two” (2019), and  received many awards, as for example, the Golden Globe Award to the Best Actress for her performance in the film “Zero-Dark Thirty” (2012).  Apart from this, she was nominated many times –two of the nominations were made by the Academy- for her roles in different films.

On September 2021 there was a misunderstanding when at the Venice Film Festival, Jessica and actor Oscar Isaac, in front of everyone, played a seduction game in which he kissed Jessica on her arm. The scene was trending topic on all social media platforms and they were thought to be having an affair.

Notwithstanding the confusing situation,      Jessica herself explained that the only relationship that existed between them was a strong and old friendship.

Gian Luca loves listening to music, reading and travelling with his family –Paris is the place he prefers for a dream holiday. Apart from this, Matt Damon and Alexandra Daddario are his favorite actor and actress respectively. Moreover, Gian Luca tries to lead a healthy life and does exercise every day. As regards food, he is not a vegetarian, nor a vegan as his wife, but he eats vegetarian food most of the time.

As regards clothes, he prefers jeans with shirts and suit jackets for the day, and  smart suits and tuxedos for special events at night.

As of 2022 Gian´s net work is estimated to be around  $15 million earned largely from his work as a fashion businessman and from the wine brand, of which he is a co-founder. Apart from this he is one of the heirs of an aristocratic Italian family.

On the other hand, his wife´s net worth is over $45 million, which comes from the millionaire contracts that she gets for her work as an actress.