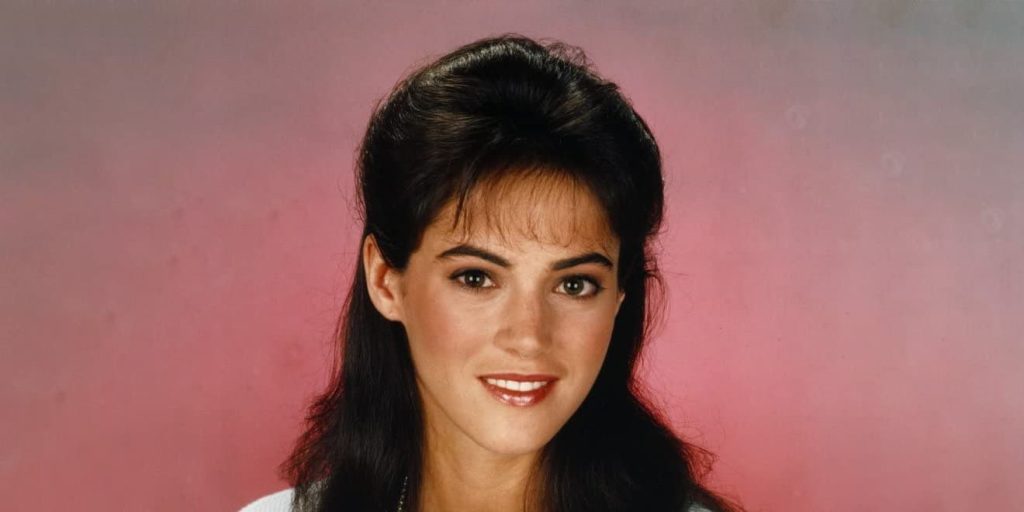 Joanna Going is an American actress, perhaps best known for her roles in “Kingdom” and “Mad Men”. Keep reading to learn about her career and personal life.

Joanna Catherine Going was born on 22 July 1963 under the zodiac sign of Cancer, in Washington, DC USA. Her father was of Irish descent, while her mother had Italian and French-Canadian ancestry, so Joanna is of mixed ethnicity, while she holds American nationality.

Joanna is the oldest of six children, raised by both parents; their mother worked as a police dispatcher, and their father was a lawyer and state assemblyman in Newport, Rhode Island.

Joanna discovered a love for acting as a teenager, At 14, she played her first role in “The Tempest”. Ms. Going matriculated from Rogers High School in 1981, subsequently enrolling into Emerson College, Boston, where she studied for two years. She then studied at the American Academy of Dramatic Arts in New York City in 1985.

Joanna Going made her television debut in the recurring role of Evie Stones in the 1986 drama “Search For Tomorrow”. Then, she was a series regular in “Another World” from 1987 through 1989, playing Lisa Grady.

Two years later, she played a double character – Victoria Winters and Josette du Pres in “Dark Shadows” (1991). Between 1992 and 1993, Going had the role of Kathleen McDermott in the drama series “Going To Extremes”.

In 2014, she portrayed First Lady Patricia Walker, wife of Garrett Walker (former president of the US), in the political thriller series, ‘House of Cards” – Joanna was cast opposite Michel Gill, Robin Wright and Kevin Spacey.

From 2014, Going played a major role in “Kingdom”, as Christina Kulina, Alvey’s ex-wife, former drug addict and sex worker, until the show was canceled in 2017. According to Joanna, transitioning from her role in “Kingdom” was sudden, ‘like a big crash landing. It was almost four years of my life on a show that I was completely in love with. We were all really taken by surprise when the show was canceled.

It feels like starting over.’ This was Joanna’s favorite and most challenging TV role;  before they started filming, she did much research on prostitution and heroin addiction, and studied the detox process, which helped her embody the character perfectly.

Joanna then took on minor roles, until she landed another recurring role in the American true-crime drama “Interrogation” in early 2020, portraying Mary Fisher alongside Kyle Gallner, Peter Sarsgaard, and David Strathairn.

Joanna started the 2000s with the role of Cynthia in “Cupid & Cate”, and subsequently played Natalie Kalban, Peter McCallister’s girlfriend in “Home Alone 4” (2002).

Joanna Going married American actor Dylan Walsh on 10 October 2004; they welcomed daughter Stella Haven in 2003. In 2010, Walsh filed for a divorce for undisclosed reasons, and the proceedings were finalized in December 2012.

Due to the nature of her work, Joanna Going is very health-conscious. She mentioned that when preparing to work, she follows the Paleo diet which consists of protein, vegetables and minimal starch.

For Going, depression pops up now and then, but taking care of her daughter and two dogs helps ground her.

Despite her busy schedule, Joanna finds time to volunteer with various charities such as People Assisting The Homeless (PATH), The Breast Cancer Site, and Saving SPOT Dog Rescue.

She lives in California with her daughter and dogs.

Who is Dylan Walsh?

Charles Hunter Walsh – professionally known as Dylan Walsh – is an American actor, born on 17 November 1963, in Los Angeles, California USA. He’s of Caucasian ethnicity and holds American nationality. Dylan’s parents met in Ethiopia while they worked for the Foreign Service, and due to the nature of their jobs, they moved around a lot, finally returning to the US when Dylan was 10, and settling in Virginia.

It was in high school that Dylan discovered an interest in acting. In 1986, he obtained his Bachelor’s degree in English from the University of Virginia, then moved to New York City to start acting full-time. He made his professional debut in 1987, in the TV series “Soldier Boys” acting opposite James Earl Jones. Then he played Jory Talbot in the 1989 film, “Loverboy”.

In 2003, Walsh landed his breakthrough role as Dr. Sean McNamara in the American medical drama series, “Nip/Tuck”, acting in 100 episodes of the series until its end in 2010. It remains his most popular role to date.

From 2011 through 2016, he was Al Burns in “Unforgettable”; subsequently starring as Peter Abbott in “Life Sentence”. His most recent role is as General Sam Lane in “Superman & Lois” (2021).

Dylan Walsh married actress Melora Walters in 1996, and they had two children- Thomas Walsh and Joanna Walsh. He and Walters divorced in 2003, then he married Going in 2004, divorcing her six years later. He started dating Leslie Bourque in 2018,  and they are still together with their two children – Amelie Belle Walsh and Hudson Scott Walsh.

Joanna Going is 5ft 7ins (1.7m) tall and weighs around 123.4lbs (56kgs). She has long brown hair and hazel eyes. The actress likes to dress in elegant evening gowns that reflect her class.

In late 2021, Joanna Going’s net worth is estimated at $10 million, while her ex-husband Dylan Walsh is reputedly worth $8 million. Details of property owned by the actress and her family remain undisclosed.