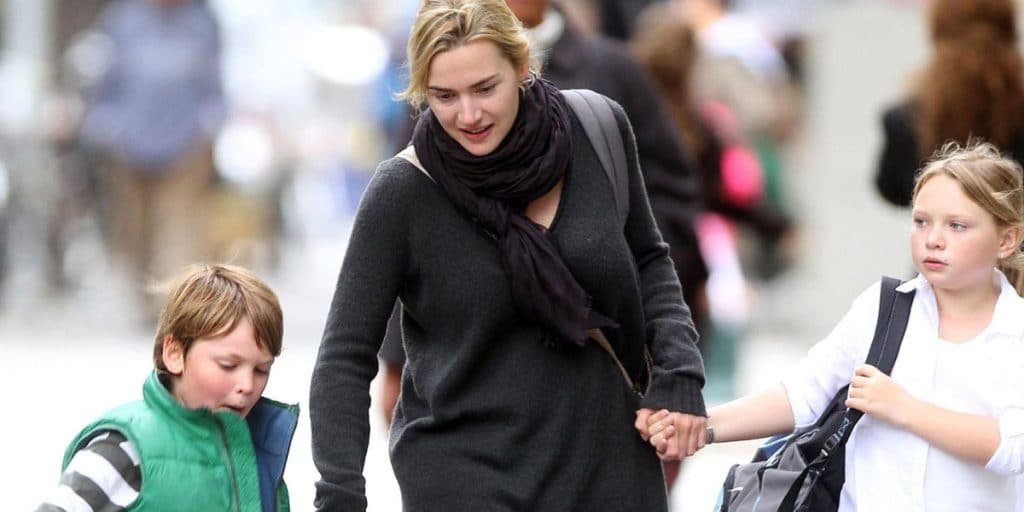 Who is Joe Alfie Winslet Mendes?

Joe Alfie Winslet Mendes is an American celebrity, but only known to the world as the son of actress Kate Winslet and her second husband Sam Mendes, British film and stage director, writer, and producer.

Joe Alife Winslet Mendes was born on 22 December 2003 under the Capricorn zodiac sign, in New York City, USA. He is the only child of his parents, divorced in 2011, but Joe Alfie has an older half-sister Mia born in 2000, from his mother’s marriage to film director Jim Threapleton, and a younger half-brother named Bear, who was born in 2013 to Kate and her third husband Edward Abel Smith, who is Richard Branson’s nephew.

Joe Alfie is also the older half-brother to his sister Phoebe, through his father and his second wife Alison Balsom.

Now aged 18, Joe remains away from the public eye, and there is no information about his education and career path.

Kate Elizabeth Winslet was born on 5 October 1975, in Reading, Berkshire, England, the daughter of Roger John Winslet and his wife Sally Anne (nee Bridges). Of British, Irish, and Swedish ancestry, she is one of four siblings in the family, with two sisters and a brother.

Her grandparents and father were actors, which inspired her to pursue acting from an early age, making her first stage appearance at the age of five as Mary in the play “Nativity” produced by her local school.

Later, she was accepted at Redroofs Theatre School in Maidenhead, Berkshire, and as the school is also an agency, she was booked to several commercial gigs, and provided voice-over work in several foreign language films.

Kate made her official acting debut in 1991, in the role of Reet in the sci-fi series “Dark Season”.

Then from 1992 to 1993 she was Eleanor Sweer in the TV comedy series “Get Back”, while in 1994 she impressed Peter Jackson the most out of 175 girls for the role of Juliet Hulme in the psychological drama film “Heavenly Creatures”, which earned her several awards, making it her breakthrough performance.

She continued her career in stunning fashion through the ‘90s, portraying Marianne Dashwood in the film “Sense and Sensibility” (1995), then in 1996, she was Ophelia in the film “Hamlet”, while in 1997, Kate secured the role of her career, as Rose Dewitt Bukater in the multiple Academy Award-winning romantic drama film “Titanic”, co-starring Leonardo DiCaprio and Billy Zane.

Kate started the new millennium, in the same manner she ended the ‘90s – first, she starred in the Academy Award-nominated biopic about the Marquis De Sade entitled “Quills”, and then portrayed young Iris in the Academy Award-nominated biopic about novelist Iris Murdock and her marriage with John Bayley, entitled “Iris”, while in 2004 she co-starred with Jim Carrey in the Oscar-winning sci-fi romantic drama film “Eternal Sunshine of the Spotless Mind”, and in 2008 she won the Oscar and BAFTA for Best Actress for her role of Hanna Schmitz in the romantic drama “The Reader”, co-starring Ralph Fiennes and Bruno Ganz.

Next, she teamed up with Leonardo DiCaprio to bring to life April Wheeler and Frank Wheeler, characters from the novel by Richard Yates in the Academy Award-nominated film “Revolutionary Road”, directed by Joe Alfie’s father.

She portrayed Jeanine in the “Divergent” film franchise, and in 2015 starred in the award-winning comedy-drama film “The Dressmaker”, while in 2017 she starred in Woody Allen’s romantic drama film “Wonder Wheel”. Most recently, Kate was Detective ‘mare’ Sheehan in the TV series “Mare of Easttown” (2021) and is currently working on several films, including “Avatar 2”, scheduled for release in 2022.

Kate is known for her support of several philanthropic organizations, including the Family Haven, Afghanistan Relief Organization, and has worked closely with People for the Ethical Treatment of Animals  (PETA), among numerous other organizations and causes.

As of late 2021, Kate Winslet’s net worth has been estimated to be around $65 million, earned through her successful career as an actress, appearing in more than 60 film and TV titles in her career spanning three decades.

Samuel Alexander Mendes was born on 1 August 1965 also in Reading, the son of Jameson Peter Mendes, a university professor, and his wife, Valerie Mendes, a publisher and author. Of part Portuguese ancestry, his paternal grandfather was Trinidadian writer Alfred Hubert Mendes.

He was just three years old when his parents divorced, and he went with his mother, settling in Primrose Hill in North London. Sam attended Magdalen College School, and after matriculation, and being turned down by the University of Warwick where he applied for cinema studies, he enrolled at Peterhouse, a college of Cambridge University, from where he graduated with first-class honors in English.

However, he found his way into theater direction as a member of the Marlowe Society at Cambridge, where he showcased his directing skills on such plays as “Little Malcolm and His Struggle Against the Eunuchs”, and “Cyrano de Bergerac”, among others.

Before making his directorial debut on screen, Mendes worked in theater, and directed such plays as “Cabaret”, “Oliver!”, then “The Blue Room”, and others.

His first film was the critically acclaimed “American Beauty”, starring Kevin Spacey, Annette Bening and Thora Birch, which won him the Academy Award for Best Director, and several other prestigious awards.

Since then, Sam has gone on to direct a number of blockbuster films, including “Road to Perdition” (2002), “Revolutionary Road”, “Skyfall” (2012), “Spectre” in 2015, while in 2017 he directed the highly acclaimed action war-drama film “1917”. He is currently working on the romantic drama film “Empire of Light”, which will star Olivia Colman, Colin Firth, and Toby Jones.

In the 2020 New Years Honors, Sam was appointed a Knight Bachelor for services to drama.

According to sources, Sam Mendes’ net worth has been estimated to be around $30 million as of early 2022.