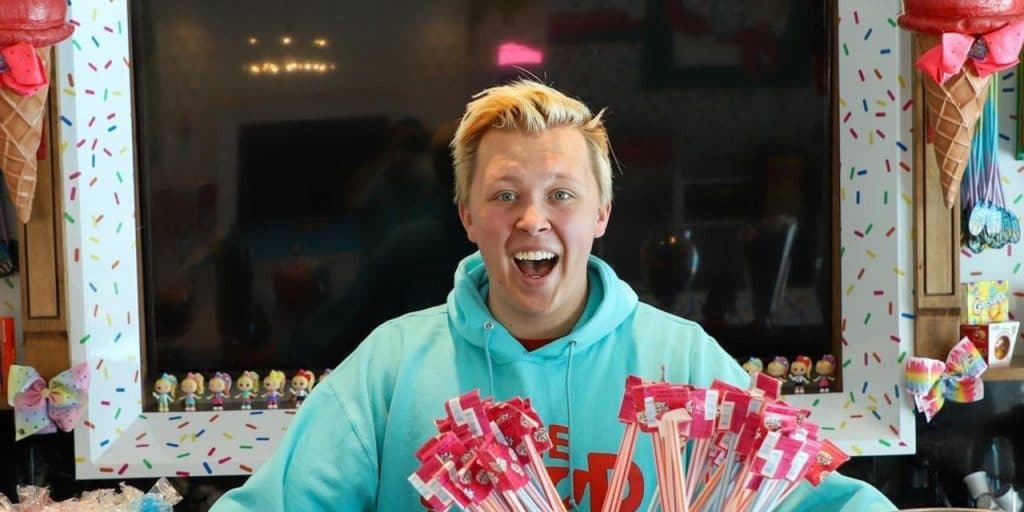 Who is Jayden Siwa?

Jayden Siwa was born on 20 May 2000 under the zodiac sign of Taurus, in Omaha, Nebraska USA. He is a 21-year-old baseball player and social media sensation, but probably best recognized as the elder brother of JoJo Siwa, an extremely popular dance star, singer, and YouTuber.

How rich is he, as of now? Jayden Siwa Net Worth

As of late-2021, Jayden Siwa’s net worth is estimated at over $1 million, earned through his successful involvement on the social media scene. He’s made his fortune thanks to various sponsorships, advertisements, and video monetization.

Jayden Siwa spent his early years in Omaha, together with his younger sister JoJo. He is the son of Tom Siwa, who’s a chiropractor, and Jessalynn (née Lombardi), a professional dance instructor. He holds American nationality, belongs to White Caucasian ethnic group, and is a Christian. Regarding his education, Jayden attended Roncalli Catholic High School, where he played baseball for the school team, even leading them to win a championship. His dream is to become a professional baseball player.

Jayden became an active member of the social media scene when he launched his official self-titled YouTube channel on 11 January 2017, uploading his first video entitled “IM BACK!!! | Day 1”, in June of the following year. He continued to film vlogs, showing to his viewers his daily activities which gradually increased the number of his subscribers. He gained significant popularity after making appearances in his sister’s videos, and has  so far amassed more than 95,000 subscribers, while his videos have been viewed over seven million times in total.

Some of his most popular videos are those that feature his sister, such as “MY SISTER WENT MISSING!”, “THIS PRANK MADE JOJO CRY!!!***emotional***”, and “JOJO IS FINALLY BACK!!!”, to name a few.

In addition to his career on YouTube, Jayden Siwa has expanded his influence across social media platforms, which he uses to promote his videos and other projects. He runs his official Instagram account under the username ‘jaydensiwa’, on which he has more than 145,000 followers, as well as his official Twitter account under the username ‘@JaydenSiwa’ with more than 2,300 followers.

Besides that, he’s active on the highly popular TikTok app, on which he goes by the same nickname ‘jaydensiwa’, and has almost a million followers with nearly 14 million likes. Furthermore, Jayden has an account with 1,400 followers on the streaming platform Twitch.

Recently, he also launched his own line of merchandise, called The Food Dude Shop.

Jayden Siwa has short naturally blonde hair and blue eyes. He stands at a height of 5ft 10ins (1.78m), while his weight is around 187lbs (85kgs). Information about his vital statistics, biceps size, and shoe size isn’t available.

Jayden Siwa was romantically involved with a girl named Claire back in 2018; however, their romance didn’t last long and ended later that year. He went on to date social media star Lily Kate Cole in 2019, but they soon broke-up too. Since 2020, he has been in a relationship with a girl named Abbie Crandall.

Who is his sister? JoJo Siwa Short Wiki/Bio

Joelle Joanie ‘JoJo’ Siwa was born on 19 May 2003 under the zodiac name of Taurus in Omaha, Nebraska USA. She launched her career when she became one of the participants of the second season of the Lifetime reality competition series “Abby’s Ultimate Dance Competition” in 2013. She made appearances alongside her mother, eventually being eliminated in the ninth week.

Thereafter, she gained enormous popularity when she competed in two seasons of another Lifetime reality competition series, entitled “Dance Moms”.

In 2016, JoJo Siwa started pursuing her music career, as she released her debut single “Boomerang”, which achieved a platinum certification by the Recording Industry Association of America (RIAA); to date, the music video for the single has been viewed nearly 950 million times, and thanks to that, she was named the Breakout Artist of the Year by Vivid Seats in 2018. She continued to line up successes, and her other famous singles include “Kid In A Candy Store” and “I Can Make You Dance”, among many others.

In 2020, she was named one of the 100 most influential people in the world by Time magazine, and most recently was included in Fast Company’s 2021 Queer 50 list.

Apart from being a dancer and singer, JoJo Siwa is known as a YouTube star. She runs her official YouTube channel under the name ‘Its JoJo Siwa’, created on 1 February 2015, now with more than 12 million subscribers and 3.7 billion views. She hasn’t shared only music videos but also other content, including Q&As, challenges, dancing videos, room tours, and more. Some of her most popular videos besides music videos are “BABYSITTING MINI JOJO SIWA!!!”, “TEACHING MIRANDA HOW TO MAKE SLIME!”, and “JOJO SIWA’S KIDS’ CHOICE AWARDS FULL PERFORMANCE!! +EPIC SLIME!!”, among many others.

In 2016, JoJo Siwa designed her own line of hair bows in a collaboration with the famous retailer of accessories and jewelry Claire’s. She later released several books, a line of bedroom décor and accessories, as well as a doll made in her likeness, when she teamed up with the department store J. C. Penney.

In 2017, she signed a contract with Nickelodeon, and then made an appearance in the family comedy film “Blurt” (2018), next to Jace Norman and Daniella Perkins. She also co-hosted the Nickelodeon reality show “Lip Sync Battle Shorties”, alongside Nick Cannon from 2017 to 2019. In the following year, she competed as T-Rex in the third season of the Fox reality series “The Masked Singer”. Also in 2020, she was cast as a playable character in the racing video game “Nickelodeon Kart Racers 2: Grand Prix”. In 2021, she participated as a competitor in the 13th season of the ABC reality show “Dancing With The Stars” and launched a breakfast cereal named JoJo Siwa Strawberry Bop.