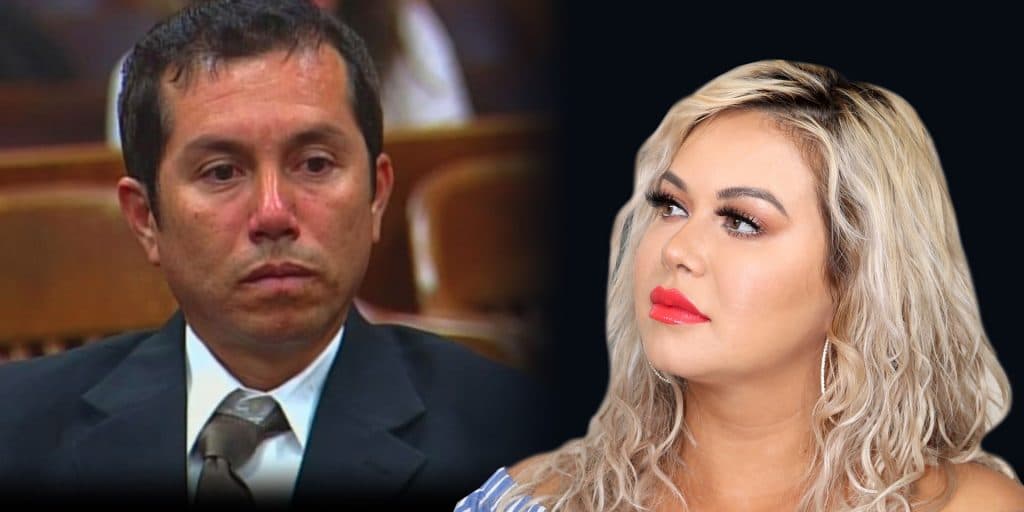 Who is José Trinidad Marin?

Jose Trinidad ‘Trino’ Marin was born under the zodiac sign of Aquarius on 15 February 1964, in Mexico; his family immigrated to the United States when he was still a todler, and he holds both Mexican and American nationality. He is probably known only for being the ex-husband of Jenni Rivera, however, the horrible truth about him made him more popular in the following years, after he divorced Jennie.

Jenni and Trino Marin met while she was in high school, so it is assumed that he attended the same local high school as her; he matriculated in 1982, and didn’t attend college, but worked at various jobs to financially support his wife and children, thus the last known information about his career is that he worked as a restaurant manager.

Who was Jenni Rivera?

Jenni Rivera was born under the zodiac sign of Cancer on 2 July 1969, in Long Beach, California USA; her full name was Dolores Janney Rivera Saavedra, her ethnicity was Latino, and she had American citizenship. She was a singer, songwriter, television producer and an actress – Jenni died on 9 December 2012, in a ‘plane crash near Monterrey, along with six other passengers and crew – the cause of the accident still hasn’t been revealed.

Jenni was raised in Long Beach, by her parents Rosa and Pedro, alongside her sister and four brothers, in a traditional way, so it was normal for Jenni to develop her love for Mexican music at an early age, particularly the genres of ranchera, norteña and banda.

Jenni attended a local high school, and in her sophomore year became pregnant with her first daughter, however, she still continued her education, and upon matriculating in 1987, she enrolled at California State University, from which she graduated with a Bachelor’s degree in 1991.

Her musical career started in the early ’90s, and her debut album “Chacalosa“ was released in 1995, becoming one of the most popular singers of Mexican music; her albums sold over 20 million copies around the world. Some of her albums include “Si Quieres Verme Llorar“, “Parrandera, Rebelde y Atrevida“, “Mi Vida Loca“, “Jenni”, “La Gran Señora”, “Joyas Prestadas: Pop”, and “Joyas Prestadas: Banda”.

Jenni made her acting debut in the movie “Filly Brown”, in which she was cast to play Maria Tenorio, however, unfortunately, she didn’t live long enough to see her work, since the movie was released in 2013. It had four award nominations, and won three awards, including The American Latino Media Arts (ALMA) Award.

Jenni was married three times – her marriage with Jose Trinidad Marin lasted from 1984 until 1992, her second marriage with Juan Lopez from 1997 ‘til 2003, and after that divorce, she met Esteban Loaiza, who was a professional baseball pitcher; they married in 2010, but then filed for divorce in 2012, however, it wasn’t finalized because of her death.

Jenni had five children, Janney, Jacqueline and Michael are from her marriage with Jose Trinidad Marin, and Jenicka and Juan Angel with Juan Lopez; Esteban Loaiza and Jenni didn’t have children.

At the time of her death, her net worth was estimated at over $25 million.

Jenni and Trino Marin married when she was only 15, and he 20; the marriage might had started as a love story of two young people, however, it appeared that it was full of abuse, physically and emotionally from Marin’s side.

Jenni didn’t want to drop out of school, and Trino Marin wanted her to stay at home with their children, and take care of the house. Jenni was determined to finish her education, and problems started because of these different opinions; he used to beat her, molested her, emotionally abused her, and it was that bad, that Jenni had tried to commit suicide twice.

After almost a decade of violence, she end that marriage; but, the end of their marriage was a start of a new chapter in their lives, which devastated Jenni and her family.

In 1997, Jenni’s younger sister Rosie admitted to her a horrible truth about Trino Marin – he had sexually abused her since she was only eight years old, and even that wasn’t the worst thing he did, as he had also abused his daughters.

Jennie was shocked, and immediately contacted the police; after the investigation, the police tried to arrest him, but he ran away to Riverside County in California, took a new identity, and managed to hide for almost ten years until April 2006, when police eventually arrested him and he went to trial.

The trial lasted for a couple of months, and it was hard for everyone in the court to listen to the testimonies of the abused girls, as they cried and talked about the molestation they’d experienced; Trino Marin claimed that he was innocent, and that this was only his ex-wife making him look like a bad person, to achieve more popularity because she was a rising star.

As of September 2021, Trino Marin is still in jail, although he has made two parole applications during these years, both rejected; there were rumors that he would be granted parole in 2018, however, this didn’t happen.

His daughter Janney, also known as Chiquis, stated in 2015 that she has forgiven him; she posted a picture of the two of them onto her Instagram profile when she was paying him a visit after the eight years that he spent in jail. She said ‘Yes, the choices he made were terrible but I forgive him and believe he is and will continue to be better.’