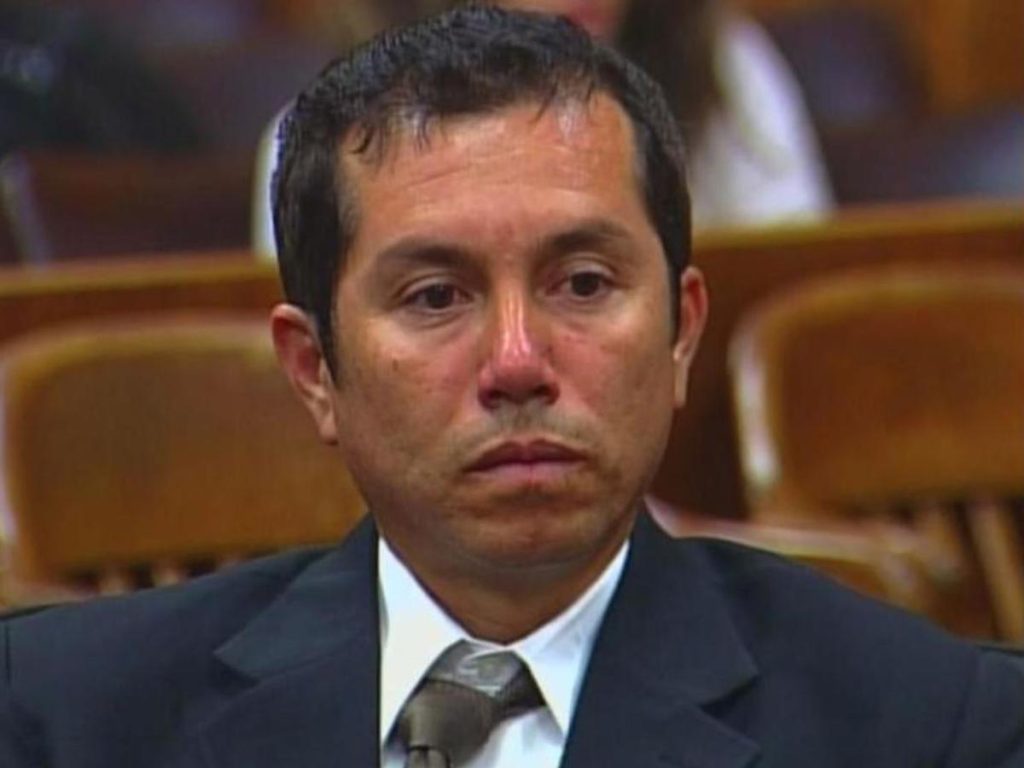 José Trinidad Marín, also known as Trino, was the first husband of the late singer and philanthropist Jenni Rivera. A father of three, he was charged in absentia for domestic abuse, molestation of two of his children and Riviera’s sister Trino ;was finally arrested in April 2006 .His former wife Jenni Riviera died tragically in a plane crash along with six others on 9 December 2012 near the Monterrey area of Mexico.

José Trinidad Marín was born on 15 February 1964, in California USA. While not much is known about his parents, they returned to Mexico for some time before settling permanently to the US. He also has a brother whose identity has never been disclosed to the public.

Trino met Riviera while she was in high school, and she became pregnant at the age of 15, while attending her sophomore year. At the time Trino was 20 years old and worked in several jobs, including as the administrator of a Mexican-American Café. The two married in late 1984, and their first daughter, Janney Marín Rivera – known as Chiquis – was born on 26 June 1985. They had two more children: Jacqueline, born on 20 November 1989 and Michael Marín Rivera on 11 September 1991. The three have pursued artistic careers, featuring in the reality show “The Riveras”, which has been described as: ‘The five children of late Mexican-American singer Jenni Rivera, pursue their dreams and continue to honor Rivera’s legacy.’

Soon after Michael’s birth, the couple split in 1992; emotional and physical abuse by José Trinidad Marín against Jenni Rivera were cited as the reasons for the divorce. Apparently he would hit her every time she refused to stay home with the children, but instead finish her education. It’s further believed that Jenni might have filed for divorce after Trino was fired from the coffee shop where he worked as an administrator. The reason for this dismissal, at the time the subject of speculation but later proven to be true, was sexual abuse against a female employee of the coffee shop.

Accusations and flight from justice

In 1997, five years after the couple had divorced, Jenni’s younger sister Rosie Rivera accused Trino of sexual assault against her.

Born in 1981, she would have been 11 years old at most when Jenni and Trino divorced, which means that the charges, if proved to be true, would also constitute sexual abuse against a minor. Furthermore, Rosie declared that Trino was also sexually abusing his own daughter, Chiquis, who was also a minor at the time. Further investigations and medical expertise after the family filed charges against him, proved beyond reasonable doubt that Trino had not only sexually abused Rosie and Chiquis, but also his other younger daughter Jacqueline. A Californian court ordered his arrest to serve a nine-year sentence in prison, but Trino fled authorities and remained in hiding for the next nine years, until 2006.

It’s believed that during this time Trino may have changed his identity, remarried and remained in hiding as a fugitive somewhere in Riverside County.

His daughter and victim Chiquis has taken part in several interviews, in which she gave accounts of the horrible years when she was sexually abused by her father. In an interview for “Sal y Pimienta”, where she was promoting her book “Forgiveness”, Chiquis declared:

‘He walked in as I was bathing and put me on his lap. It occurred when I was nude since I was going to exhibit. I was aware that it pained me at the time, but I didn’t know why, and I was perplexed… My father would take advantage of such weekends, further abusing my quiet while growing more violent. I recall shutting my eyes and tensing up my arms, thinking to myself, ‘If I don’t put up too much of a struggle, he’ll be done with me sooner.’

According to her recollections, sexual abuse started when she was eight, and continued until she was 12.

Trino was finally arrested in April 2006 and charged on six accounts, including rape and sexual assault.

During trial José Trinidad Marín showed remorse and didn’t defend himself, admitting to all counts. Furthermore, he said that he ‘was getting what he deserved’. In 2007 he was sentenced to 31 years in prison without parole; regardless, unverified information that’s emerged in recent years, suggest that he’s supposedly set for early release because of good conduct in prison, but Ttese rumors were denied by his brother, who confirmed that Trino will serve the full sentence; , several community groups protested and petitioned against his supposed early release.

Jenni’s younger sister and whistleblower on this case, Rosie Rivera, stated that she has forgiven José Trinidad Marín. She and Trino’s youngest daughter, Jacqueline, have visited him in prison, and maintain frequent contact with him. On the other hand, Chiquis has stated:

‘I’m sorry he’s in prison, but I’ll not forgive him until he understands and begs for forgiveness, which he hasn’t done. I’m not God, and I have no right to judge him, so I’ll leave it to God.’

Who was Jenni Rivera?

Jenni Rivera was born in Long Beach, California USA, on 2 July 1969, to Mexican parents Pedro Rivera and Rosa Saavedra; she had four brothers and a sister. From an early age, Jenni was introduced to Mexican culture by her family, including music and dance.

While being an excellent high school student ‘with straight As’, as per her account, Jenni risked her matriculation process after becoming pregnant with José Trinidad Marín’s daughter at the age of 15. After encouragement from both her parents and head teacher, Jenni matriculated successfully and enrolled into California State University, where she obtained a Business Administration degree.

In the years preceding her massively successful music career, Jenni worked in her father’s business, a record label.

She started her music career in 1992 at the age of 23, and signed her first label contract with Balboa Records in 1993. During the 1990s she would further sign with bigger labels such as Fonovisa and Sony.

Her major breakthrough came in 2001, when her two albums “Se Las Voy a Dar a Otro” and “Dejate Amar” were nominated for the Latin Grammy. In the 2000s her star would continue to rise exponentially, with her songs and albums making it consistently into Billboards Top 10 and frequently Top 3 in Latin American charts. According to many she became a symbol of the Mexican culture and artistic achievement. Her tours would frequently sell out.

Jenni had five children; three with José Trinidad Marín, and two with her second husband Juan López whom she married in 1997 – daughter Jenicka was born that year, while her son Juan Angel was born in 2001. The couple divorced two years later, with Juan López supposedly being involved in drug dealing and other illegal activities. He was eventually convicted on drug charges in 2007.

Her last husband was Esteban Loaiza – they married in 2010 but divorced in 2012. During this time Jenni had become increasingly paranoid and unhappy, and had continuously alleged that her daughter Chiqui and Loaiza were having an affair, which both denied. The relationship with her daughter suffered, and months prior to Jenni’s untimely death, they had ceased all communication with one-another. As of 2022 Loaiza is serving time in prison, at the SeaTac facility in Seattle, after being found in possession of 20 kilos of cocaine four years prior.

On 9 December 2012, several months after her third divorce, Jenni Rivera died in a plane crash traveling in a privately-commissioned LearJet 25, while on a Mexican Music Tour, having performed in Monterrey the evening before. An extensive investigation found no malfunctions. So the most probable conclusion was that the pilot, at the time aged 78, was beyond the age allowed to fly a plane, while his 21-year-old assistant was inexperienced.

She was remembered by many tributes from the general public and fans, who had witnessed her rise to stardom.