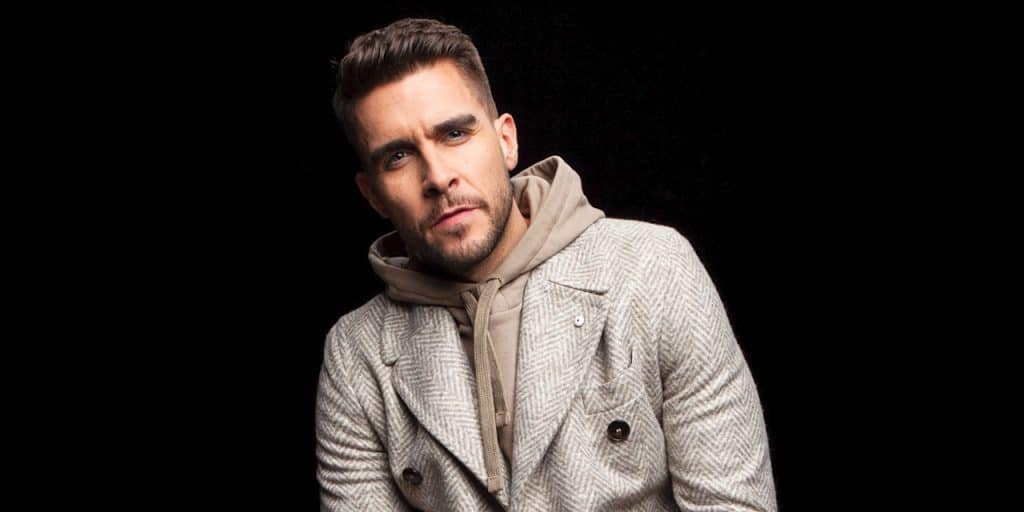 Who is Josh Segarra?

Josh Segarra was born under the zodiac sign of Gemini on 3 June 1986, in Longwood, Florida USA; he holds American nationality, and his ethnicity is of Puerto Rican descent. Josh is a singer, and an actor with nearly 40 credits to his name, perhaps known best for his role as Adrian Chase in the series “Arrow”, which follows the story about a missing billionaire playboy who returns to his hometown after five years as the avenger armed with a bow, determined to clean up the city; the series had 89 award nominations and won 22; and Josh was nominated for Teen Choice Award Choice TV: Villain, in 2017.

ON YOUR FEET!'s Josh Segarra

Josh was raised in Longwood by his parents Enrique and Damaris; it’s known that he has two younger siblings, but there’s no information about them including names. From an early age, he learned to sing in the Pentecostal church, a Protestant Christian movement, which helped him later with his acting career, although he dreamed of becoming a professional wrestler.

He attended a local high school, and upon matriculating in 2004, enrolled at New York University’s prestigious Tisch School of the Arts, from which he graduated with a Bachelor’s degree in Theatre and Arts in 2008.

Josh made his television debut in 2009, portraying Hector Ruiz in the series “The Electric Company”, alongside William Jackson Harper and Reggie Watts in this family comedy drama, which had 23 award nominations and won 10.

In the following years, he made appearances in series “Homeland”, “Drama Queenz”, “The Following”, and “Blue Bloods”, before he was cast to play Billy in “Sirens”, a romantic family comedy which follows three self-destructive and narcissistic Emergency Medical Technicians who, despite their personalities, are uniquely qualified to save lives; the series was nominated for Gay and Lesbian Alliance Against Defamation (GLAAD) award Outstanding Comedy Series, in 2015.

Josh had recurring roles as Justin Voight in the series “Chicago P. D.”, and as CO Stefanovic in “Orange Is the New Black”, a popular comedy crime drama that had 149 award nominations and won 53, including four Primetime Emmys.

In 2016, Josh was cast to play one of his most notable roles as Adrian Chase/Prometheus in “Arrow” /, alongside Stephen Amell, David Ramse, and Katie Cassidy, followed by his role as Damien Sanchez in the Netflix series “AJ and the Queen”, which follows Ruby Red, a drag queen, on her traveling across the US.

In the series “FBI”, Josh had a recurring role as Special Agent Nestor Vertiz, followed by his role as Marco in “The Moodys”, after which he portrayed Lance Arroyo in “The Other Two”, which is his most recent role on television.

His fans will be happy to hear that he‘s been cast to appear in the new Marvel Studios series “She-Hulk”, starring Mark Ruffalo, Jameela Jami, and Tatiana Maslany, which is now in post-production and should be released in 2022.

Josh made his acting debut portraying Miles in the 2005 TV movie “Vampire Bats”, followed by his support roles in “The Narrows”, “Blood Night: The Legend of Mary Hatchet”, “The Ministres”, and “The Music Never Stopped”.

In the following years, he made appearances in several short movies, before he was cast to play Staten Island Oli in “Trainwreck”, a romantic comedy drama starring Amy Schumer, Brie Larson and Bill Hader, which had 27 award nominations and won five, followed by his role as Jason in “Overboard”.

Josh was next cast to play Fernando in the 2020 movie “First One In”, and then portrayed Pastor Christian Hathaway in the Netflix holiday musical “Christmas on the Square”, starring alongside Dolly Parton and Jenifer Lewis; the movie had four nominations and won two Primetime Emmys.

There have been various rumors about Josh’s love life and his sexual orientation, however, he prefers to keep his private life a secret, and hasn’t spoken about any woman or man whom he has been with.

Then, it’s widely known that on 17 October 2014, he married his long-term girlfriend Brace Rice; the two met at the birthday party of their mutual friend, and he asked her to go for a launch with him, and they started dating.

He proposed to her in Central Park, in New York City, and as she said, it was romantic because it was raining; they married in the Village Green, in Carillon Beach, Florida.

On 30 September 2016, Brace gave birth to their first child, son Gus Maine, and on 8 January 2020, they welcomed their second son, Hank Rice.

Josh stated for the magazine “People”: ‘My wife is my superhero, she’s our Wonder Woman. The way she loves makes me fall in love with her more and more every day. Her boys have her back from now ‘til the end of time. A man is blessed because of the family he has, and I am a very blessed man.’

As of December 2021, Josh is still in a marriage with Brace, and they enjoy their life together while raising their sons.

Josh has appeared in theatre plays, cast to play Mick in the critically acclaimed musical “Lysistrata Jones”, and was a member of the Off-Broadway world premiere of the musical adaptation of the movie “Dogfight”, in 2012. He played the role of Emilio Estefan in the musical “On Your Feet!”, which opened at the Marquis Theatre on Broadway, New York City, on 5 November 2015. Josh was heard as a voice actor too, in the video game “Grand Theft Auto V”.

He and his wife are big fans of sports, and often play basketball, football, and tennis with their friends; they are also fans of watching sports, as they said, their TV is always on the Entertainment and Sports Programming Network (ESPN); besides sports, one of their favorite TV shows is “The Bachelor”.

Josh is an animal lover, with dogs and cats being his favorite – he has a pet dog, a Maltese-Yorkie mix (Morkie), named Suzy.

As of December 2021, his net worth has been estimated at over $1 million.