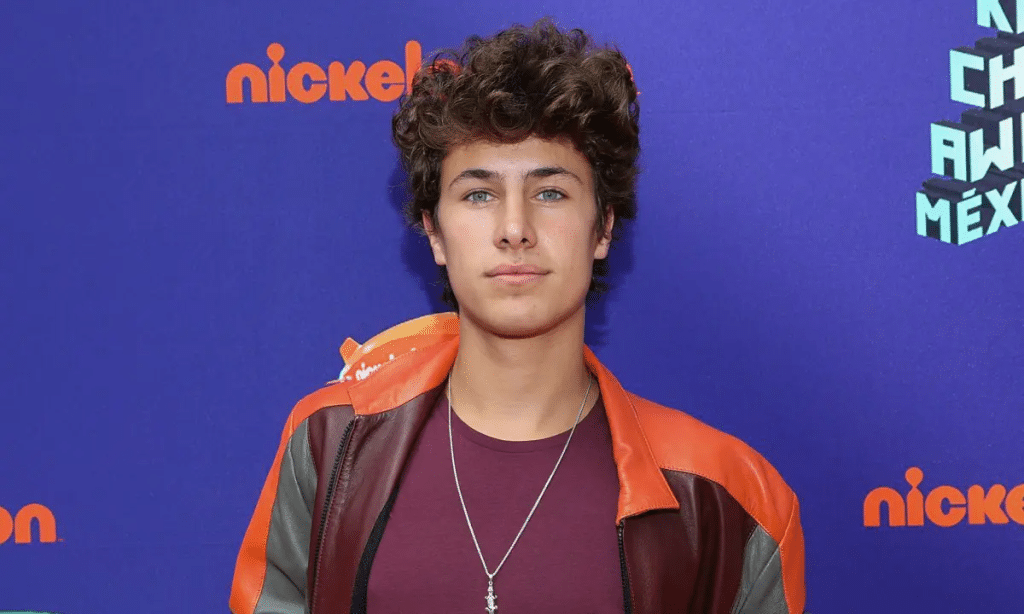 Who is Juanpa Zurita?

Juan Pablo Martinez-Zurita Arellano, better known as Juanpa Zurita, was born under the zodiac sign of Aries on 29 March 1996, in Mexico City, Mexico; he holds Mexican nationality and his ethnicity is Latino. Juanpa is a model, social media star, vlogger, and an actor who rose to prominence as a (now defunct) Vine comedy videos creator, back in 2013.

He was raised in Mexico City, alongside his two brothers, Fernando and Andres, and their sister Paola, by their parents Teresa Arellano and Fernando Martinez-Zurita Reed. While Juanpa was still young, the family moved to the USA, as his father as a political counselor, was appointed to the Mexican Embassy in Washington DC.

Juanpa attended a local high school, and upon matriculating in 2014 enrolled at Florida State University, from which he graduated with a Bachelor’s degree in Business Management in 2018.

Juanpa started his career as a content creator on his Vine account, which was followed by nearly two million people; his videos featured comedy skits, mostly with his brother and his dog; he used to upload content in both English and Spanish languages.

In 2016, he launched his modeling career, working with Pull & Bear, and promoting Calvin Klein later that year in Mexico.

In the following year, he collaborated with Louis Vuitton in Paris, France, and in the Fashion Week, in Milano, Italy, he walked for Dolce & Gabbana. He was on the cover of the GQ Italia magazine, Hola!USA, Caras, and Bazaar, among others, then in 2018, he became a partner in the Mexican fashion brand Acapella, and has a partnership with Spanish company Hawkers, an accessories brand.

Speaking about his acting career, he made his debut in an episode of the series “Camino de Estupideces” in 2015, followed by roles in several short movies, such as “My Big Fat Hispanic Family”, “Alexander IRL”, and “Next Top Model”, before in 2019 starring alongside Logan Paul and Lauren Swickard in the comedy “Airplane Mode”.

In the following years, he was seen in the TV mini-series “Abracadabra”, and portraying Alejandro ‘Alex’ Basteri in “Luis Miguel: The Series”, based on the life of a Mexican singer Luis Miguel.

Juanpa has an army of followers on his Instagram, numbering over 28 million people, while his TikTok has over 12.5 million followers, and all of his videos combined have reached over 175 million likes.

His self-titled YouTube channel, launched on 6 October 2013, is today subscribed to by over 10 million, and all of his videos combined have gained over 650 million views.

Juanpa uploaded his first video – “RETO DEL HABANERO ft. MARIO RUIZ-Juanpa Zurita PRIMER VIDEO” – on 16 April 2015, and has reached over 4.5 million views; his videos on this channel are mostly in Spanish.

On 21 October 2016, he launched his second channel “Juanpa Zurita Comedy”, which has gained over two million subscribers, and all of his videos combined have gained over 185 million views.

His most viewed video on this channel at nearly 30 million times is “Body Swap Juanpa Zurita & Hannah Stocking” uploaded on 25 May 2019, and is an age-restricted video.

There were various rumors both concerning Juanpa’s love life and his sexual orientation, however, now it’s widely known about his relationship with his girlfriend Macarena Achaga.

In 2016, Juanpa dated Lele Pons, a Venezuelan singer, and after they broke up, he was in a relationship with Carmella Rose from 2018 until 2020; Carmella is an American model and social media influencer; they haven’t spoken about the reasons for their separation.

In 2021, it was rumored about a relationship with Paty Cantu, a Mexican singer-songwriter – they spent Valentine’s Day together, but haven’t confirmed that they’re a couple.

In March 2021, Juanpa and Macarena Achaga made their love story official by posting a photo featuring the two of them climbing Mexico’s highest peak; the two met on the set for the series about Luis Miguel, since Macarena is also one of the protagonists of the series.

As of January 2022, Juanpa is still in a relationship with Macarena; he hasn’t been married or engaged and doesn’t have children.

Juanpa is a big fan of outdoor activities, enjoying hiking, climbing, paragliding, and parachuting; he is into traveling, and thanks to his career has visited several US states, but has also traveled around the world.

He has once spoken that his family has a tradition to travel every year to a different place, so their father used to save money to take them on a vacation, and now Juanpa has been earning enough so he can afford to pay for his family trip.

His favorite travel destination is Dubai, United Arab Emirates, where he took his family for the first time to visit, which they enjoyed, were also introduced to the prince Sheikh Mohamed bin Zayed, and were guests in his residence.

Juanpa is known as a philanthropist, having launched several campaigns for humanitarian aid; in September 2017, he raised 25 million Mexican pesos (around $1.2 million) after the earthquake in Mexico City, to help make housing for people who’d lost their residence.

In collaboration with other celebrities, in March 2018 he campaigned against famine in Somalia, and the organization ‘Love Army For Somalia’ has raised over two million dollars. In May, Juanpa flew to Somalia to help the volunteers distribute the food bought with the money the movement raised.

Juanpa has his own merchandise brand, Zeta, which can be bought online, and is also the owner of the Water Company, and his brand Water People is water straight from the waterfall in Mexico, which brought an accusation saying that he’s exploiting one of the few springs that Mexico possesses.

As of January 2022, his net worth has been estimated at $5 million, while he has a reputed income of a minimum of $5,500 per month from his YouTube channels.