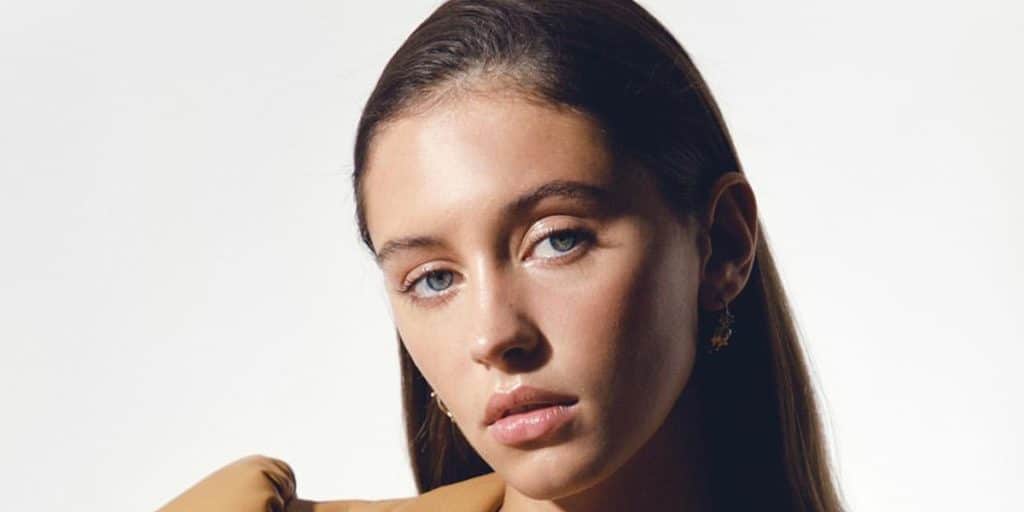 Who is Iris Law?

Iris Law is a social media star, actress and model, and has already worked with a number of fashion brands and magazines. However, she is still perhaps best known to the world as the daughter of Jude Law and his ex-wife, actress Sadie Frost.

Iris Tallulah Elizabeth Law was born on 25 October 2000 under the Scorpio zodiac sign, in London, England. The middle child of her celebrity parents, she has an older brother Rafferty, and a younger one named Rudy. Iris is the older half-sister to Sophia, whose mother is Samantha Burke, an American model, and Ada, whose mother is singer-songwriter, Catherine Harding. Most recently, Jude Law became a father for the sixth time, though he hasn’t revealed the name or the gender of the baby.

Iris was just two years old when she accidentally swallowed an ecstasy pill at a children’s party at Soho House. Both Jude and Sadie received a bashing from the media, but explained that young Iris found the pill on the floor. The couple divorced soon afterwards, and went their separate ways, though have remained on good terms for the benefit of their children.

Iris attended a private high school in London, during which time she became interested in acting, and honed her skills by appearing in various school plays. However, she realized that acting wasn’t her true calling, and instead chose modeling as a professional career. She didn’t pursue formal education after high school, focus fully on her modeling career.

Iris was just 15 years old when her career started, signing a contract with Tess Management, a modeling agency based in London, and soon afterwards had her first gig. She appeared in the People Illustrated magazine, followed by a modeling campaign with Burberry Beauty, and collaborated with the brand on a couple more occasions, featuring in 2017 in the lookbook for Miu Miu’s Resort. She has continued to improve her career as a model, collaborating with various fashion brands and magazines, including Dior, Marc Jacobs, Vogue, Crocodile Clothing, and many others, all of which have added to her popularity. Since obtaining world fame, Iris has signed with IMG Models.

Additional to her success as a model, Iris has tried herself as an actress. She made her debut recently in the film “I’ve Been Trying to Tell You” (2021), while she is now working on the TV mini-series “Pistol”, which is yet to receive its release date. The series is based on Steve Jones’ memoir, telling the story of how the punk revolution began in Britain.

When it comes to her personal life, Iris has stayed away from controversies, and the paparazzi haven’t been around her all day and night. In 2017, Iris dated actor and model Kelvin Bueno, but their romance was just a short fling. The following year, Iris started a romantic relationship with model and Instagram star Jyrrel Roberts; the two often share pictures together on their respective Instagram accounts.

As of late 2021, Iris Law’s net worth has been estimated to be around $3 million, earned largely through her successful career as a model, and recently as an actress.

Iris attracted the media when she shared a video on the popular social media network TikTok, shaving her head.

Many fans and media outlets were concerned about her and her mental health, thinking that she did this because she had problems. However, she later explained that it was done for the role of Soo Catwoman in the upcoming TV series “Pistol”.

She has said that summer is her favorite season, and that she just adores spending time by the water on the beach, sun tanning and playing various sports, including beach volleyball.

During her teenage years, Iris had problems with cystic acne, and after realizing that the treatments prescribed by the doctors didn’t help her and only caused mood swings and depression, she turned to natural products.

Moreover, she is a vocal advocate against the excessive use of chemicals in the fashion and beauty industry. Iris is a germaphobe and often cleans her hands with wipes and various moisturizers.

She is a passionate photographer and painter, and has used her popularity to promote her work through her Instagram page.

Her godmother is supermodel Kate Moss, and Iris was a bridesmaid at her wedding to Jamie Hince in 2011.

He has an older sister, Natasha Law, now an acclaimed English painter and graphic designer.

He matriculated from Alleyn’s School, and launched his career on stage before making his on-screen debut. He appeared in such plays as “The Fastest Clock in the Universe”, then “Les Parents Terribles”, for which she earned a Laurence Olivier Award in the category for Outstanding Newcomer, and a Tony Award nomination, after the play was renamed to “Indiscretions”, and moved to Broadway in the mid- ‘90s.

To speak of his career on screen, he has made more than 80 film and TV appearances; some of his most popular roles include as Dickie Greenleaf in the film “The Talented Mr. Ripley”, for which he received an Academy Award nomination, then as Inman in the film “Cold Mountain” (2003), which earned him his second Academy Award nomination, while he is also known as Dr. Watson in the trilogy of “Sherlock Holmes” films in 2009, 2011 and most recently which is currently filming, in addition to many other roles.