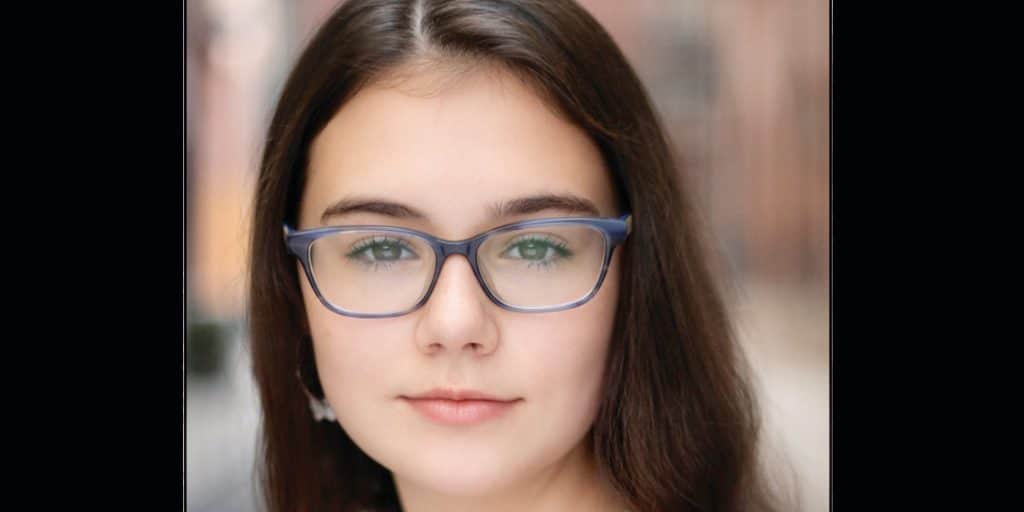 Who is Julia Antonelli?

Julia Antonelli is an actress, singer, and social media star, perhaps best recognized for her roles as Jessie Novoa in the Nickelodeon series “Every Whitch Way”, and Wheezie Cameron in “Outer Banks”. She was born under the Zodiac sign Taurus on 3 May 2003, in Virginia, USA. As of 2022, she’s 18 years old, and holds American nationality.

Her mother’s name is Caroline Daly Antonelli, while her father’s name remains a mystery; she has one sibling, an older brother, Aiden Antonelli. Growing up, she developed an interest in music and started taking piano lessons. Regarding her education, Julia matriculated from a high school in June 2021, and in the fall enrolled at Fordham University. In her interview with the media outlet J-14 Magazine, she disclosed that she relocated to Manhattan and continued starring in shows and movies while attending university.

In an interview, Julia revealed that her mother Caroline had been on Broadway as a child, and had helped her with auditions, and acting and singing classes. Julia first auditioned for a couple of commercials, and later began exploring acting roles. At the age of 12, she landed her first role as Jessie Nova, Jax’s long-lost sister in the telenovela-formatted teen sitcom “Every Which Way”. Julia’s character, Jessie, is introduced in the fourth season of the show, and she appears in 15 episodes. The show revolves around teenagers with powers and WITS Academy, where they learn how to use their powers, ran for four seasons, and concluded in June 2015.

Despite receiving negative reviews, the show garnered a devoted fans base and several nominations and awards, including the Kids’ Choice Award Argentina for Best International Program.

Following the series finale, it was announced that the spin-off show entitled “WITS Academy” would premiere in September 2015, and Julia would reprise her role as Jessie alongside Daniela Nieves, Jailen Bates, and Kennedy Slocum. However, one of the actors, Todd Durkin, left the show in December 2015, and in March 2016, it was announced that the show had been officially canceled.

In 2016, Julia was cast as Katie in the TV comedy movie “Right Hand Guy”, sharing the stage with Steele Stebbins and Logan Riley. She made her movie debut in the following year, starring as Young Maggie in the comedy/drama movie “Trouble”, starring Anjelica Houston and Bill Pullman. In 2018, she played Grace in the family/sports film “Alex & Me”.

“Outer Banks” and other roles

After her one-episode appearance in the drama series “Billions”, she landed the role as Wheezie, Sarah and Raf’s younger sister, in the mystery teen drama series “Outer Banks”. It also stars Case Stokes, Madeline Cline and Drew Starkey. The series follows a group of teenagers divided by social etiquettes, who begin investigating the disappearance of their friend’s father, and stumble upon a treasure map.

Upon premiering, the show became an instant hit on Netflix, attracting a large viewership and fans base. The first season hit the platform in 2020, and it was quickly renewed for a second season, which came out in July 2021. In December 2021, it was renewed for the third season, which is expected to premiere in 2022.

In her interview with a media outlet, she talked about the progression of her character in the show, Julie revealed: ‘Wheezie is becoming more empathic towards her family, and is realizing that her family has issues! She wants to help all of them but feels more connected to her sister Sarah. She’s realizing who she can and can’t trust.’

Julia also talked about her general experience being on the show, which is very popular, saying: ‘It’s every actor’s dream to be on the show that can get this much attention and be this successful, so to have something like this feels like I’m dreaming. During the first season with the cast, I got to learn more about acting, and this season was even better with that.’ Julia disclosed that one of the things she learned on the show was to be more in the moment and more off-script. The show’s director, Jonas Pate, allowed her to try that in her scenes and be more expressive.

Regarding her upcoming roles, Julia is set to appear in the drama/horror “Disappointment Blvd.”, sharing the stage with critically acclaimed actors including Joaquin Phoenix, Amy Ryan and Nathan Lane.

Nothing is known about her dating history, as she hasn’t disclosed any information. As of 2021, it appears that she’s single.

In her free time, she likes to watch series, dance, and sing. Given that she lived in a small town, Julia usually went with her friends to CVS or 7-Eleven, where they would buy some candy, and then they go back to their car and sit and eat it. She said: ‘That is our idea of a good time. There really isn’t much to do here.’

Julia is a fan of comedy and horror series – her favorite series is “New Girl”, and her favorite movie is “La La Land”.

Her celebrity crush is Tom Holland. Julia supports St. Jude’s children’s hospital. Her favorite songs are: “Raspberry Beret” by Princ, “Under Pressure” by David Bowie and Queen, and “Valerie” by Amy Winehouse. She is a fan of Christmas songs.

She is very active and popular on various social media platforms. Her Instagram boasts over 350,000 followers, while her TikTok account has nearly 350,000 followers with over six million likes. Julie is also active on Snapchat and Twitter, which counts over 3,500 followers.

In 2015 and 2016, she was featured on YouTube by the social media star and singer Olivia Cella; one of the videos is a “Q&A”, and the other one is the duet cover of Justin Bieber’s song “Love Yourself”.

Even though she enjoys spending time on social media, she thinks that sometimes it can be detrimental to mental health, saying: ’I enjoy reaching my audience, but am always worried about what people think! This is not always a healthy way to live!

As of 2022, her estimated net worth is around $1 million, which she’s acquired through her career as an actress. Given her envious following on Instagram, she most likely earns additional money through sponsored posts, brand deals and endorsements.

Besides acting, her second passion is singing, and in the interview with the media outlet Young Entertainment, she talked about her future plans and projects, disclosing: ‘I love singing, but I haven’t had the time to work on that part of the business yet! I have done some live shows/cabarets before Covid, so I’d like to keep working on those kinds of performances. I practice all the time by challenging myself with pop musical songs.’

The biggest lesson she learned is: ‘Never become too full of myself! I will always try to remain humble and remember that this business is about teamwork!’

Her definition of happiness is to be surrounded by close friends and family, and to be grateful for having such a life.