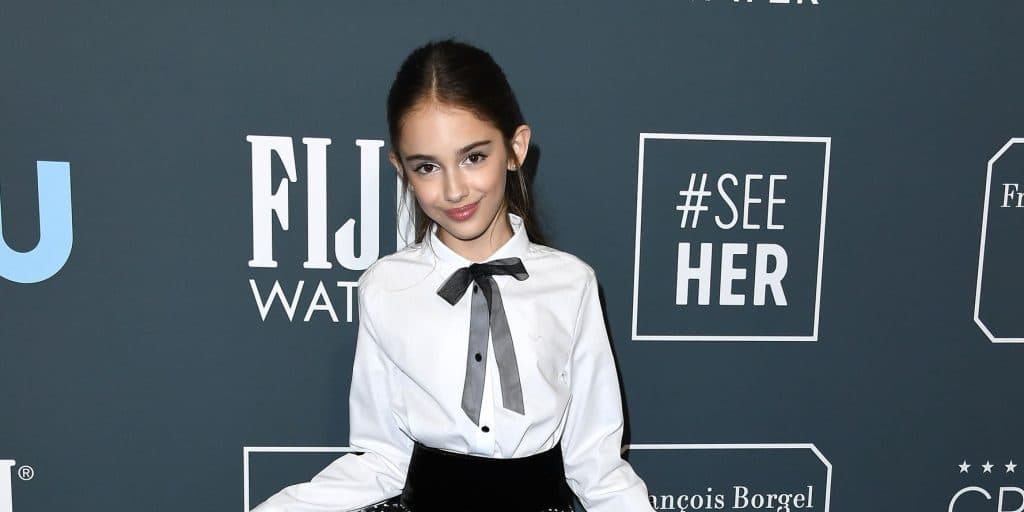 Julia Butters (Once Upon a Time in Hollywood) Biography, Height

Who is Julia Butters?

Julia Butters was born in Los Angeles, California USA, on 15 April 2009 – her zodiac sign is Aries, and she holds American nationality. She’s a child actress who’s appeared in close to 20 movies and TV series, while she’s perhaps known best for her portrayal of Trudi Fraser, in the critically acclaimed 2019 comedy drama film “Once Upon a Time… In Hollywood”. It was written and directed by Quentin Tarantino, starred Brad Pitt, Leonardo DiCaprio and Margot Robbie, and follows the lives of a fading Hollywood actor and his stunt double; the movie won 143 awards, including two Oscars for Best Performance by an Actor in a Supporting Role (Brad Pitt) and Best Achievement in Production Design, while it was nominated for 376 other awards.

Julia is being raised in Los Angeles as an only child, by her mother Lorelei Butters (nee Hill) who’s a housewife, and her father Darrin Butters who’s a Disney animator, and has worked on many popular movies, including “Ralph Breaks the Internet” and “Frozen”.

Julia was four years old when she expressed her wish to try out acting, and her parents took her to various auditions; she was five when she made her debut TV series appearance, with her portrayal of Gabby Hoffer, in the 2014 episode “Gabby” of the mystery crime drama “Criminal Minds”. It was created by Jeff Davis, starred Matthew Gray Gubler, Kirsten Vangsness and A. J. Cook, and follows the FBI Behavioral Analysis Unit who are involved in catching the most dangerous serial killers; the series aired from 2005 to 2020, and won 23 of the 61 awards for which it was nominated, including three Primetime Emmy nominations.

Julia is currently attending a private elementary school, and should be moving on to high school in 2023.

Julia made her debut film appearance with her portrayal of Piper, in the 2015 short thriller drama “The Rusted”, and gained recognition in the following year, when cast to play Beverly Silva in the historical action drama “13 Hours”. It was directed by Michael Bay, starred John Krasinski, Pablo Schreiber and James Badge Dale, and follows several Americans during an attack on a US compound in Libya; the movie was nominated for six awards, including an Oscar for Best Achievement in Sound Mixing.

Julia played a supporting character in the 2016 family drama “Pals”, and her most recent role has been in the 2020 short action “Boss Bitch Fight Challenge”.

She’s currently shooting for two upcoming movies: the action thriller “The Gray Man” and the drama “The Fabelmans”.

In 2015 and 2016, Julia appeared in two episodes of the family science fiction comedy “Best Friends Whenever”, as well as in eight episodes of the popular comedy drama “Transparent”. It was created by Joey Soloway, starred Jeffrey Tambor, Amy Landecker and Gaby Hoffmann, and follows a family from Los Angeles, California, whose secrets have now been revealed; it won 64 awards, including eight Primetime Emmys, while it was nominated for 113 other awards.

Julia is also known for her portrayal of Ann-Kat Otto in the comedy “American Housewife”, appearing in 90 episodes between 2016 and 2020. It was created by Sarah Dunn, starred Katy Mixon, Diedrich Bader and Daniel DiMaggio, and follows Katie who’s raising her family in a city filled with wealthy people; the series won one of the three awards for which it was nominated.

Julia then gave voice to a supporting character in the 2020 episode “Fetch” of the short animated comedy “Short Circuit”, and played Toby in the 2021 episode “I Need a Wet Paper Towel” of the comedy “I Think You Should Leave with Tim Robinson”.

Most recently, in 2021 she voiced Larry and several other characters in the episode “Wizard City” of the animated action adventure “Adventure Time: Distant Lands”; it was created by Pendleton Ward and Adam Muto, starred Tom Kenny, John DiMaggio and Jeremy Shada, and follows two friends during their travels to other worlds. The series won one of the two awards for which it was nominated.

Julia sang two songs, in two episodes, of the series “American Housewife” in 2019.

She has made a guest appearance in an episode or two of various talk-shows, such as “Hollywood Insider”, “Made in Hollywood”, and “Entertainment Tonight”.

Julia has won one of the 16 awards for which she’s been nominated, all for her performance in the movie “Once Upon a Time in… Hollywood”: she won a 2019 Las Vegas Film Critics Society Sierra Award for Youth in Film – Female.

Julia is quite active on Instagram, and apparently enjoys the attention which she’s receiving from her more than 100,000 followers; she’s uploaded more than 500 pictures, the majority of which feature her during her everyday life.

She’s a huge cat-lover, and her pet cat can be seen featured in some of her Instagram pictures. Julia loves other animals, as well, and has recently been to Los Angeles Zoo.

She’s already fallen in love with travelling, and while Julia’s career has taken her to a couple of US states, she has recently travelled overseas to Paris, France, and has uploaded a picture onto her Instagram account, which features her standing underneath the Eiffel Tower.

She has her own favorite actors and actresses, some of whom are Leonardo DiCaprio, Emma Watson and Natalie Portman, while some of her favorite movies include “Inception”, “Titanic” and the franchise “Harry Potter”.

As of December 2021, her net worth has been estimated at over $400,000, most of which she has accumulated from her role in “Once Upon a Time… In Hollywood”.