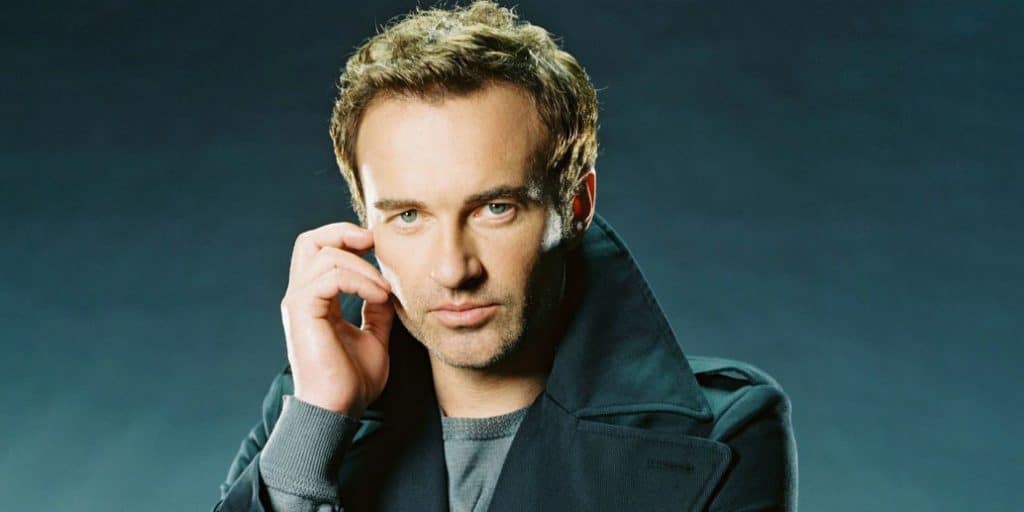 Who is Julian McMahon?

Julian Dana William McMahon was born in Sydney, New South Wales, Australia, on 27 July 1968 – his zodiac sign is Leo, and he holds both Australian and American nationality. He’s an actor and a former model, who has appeared in close to 50 movies and TV series, while he’s perhaps still known best for his portrayal of Victor Von Doom in the 2005 action adventure fantasy film “Fantastic Four”. It was directed by Tim Story, starred Ioan Gruffudd, Michael Chiklis and Chris Evans, and follows four astronauts with superpowers who are fighting their enemy Doctor Victor Von Doom; the movie won four of the 16 awards for which it was nominated.

Julian was raised in Sydney alongside his sisters Melinda and Deborah, by their father Sir William McMahon who was an Australian politician, and in March 1971 became the 20th Prime Minister of Australia, and their mother Lady McMahon, who was a fashion icon and a socialite.

Julian studied at Sydney Grammar School, a private boys-only school, which his father had also attended. He grew up dreaming about becoming a professional Football Player, while he was also into acting, appearing in a couple of plays performed at his school.

He matriculated in 1986, and then enrolled at the University of Sydney to study law, however, Julian wasn’t that interested in studying, and switched to the University of Wollongong, from which he then dropped out, wanting to pursue a modelling career.

He modeled around Europe, then after his father died on 31 March 1988, Julian came home for his funeral, and started appearing in commercials, which led to the launch of his acting career.

Julian made his debut TV series appearance with his portrayal of Police Witness in the 1989 episode “That Old Black Magic” of the crime comedy drama “Rafferty Rules”, and gained recognition in 1990 and 1991, when cast to star as Ben Lucini in the long-running romantic drama “Home and Away”. It was created by Alan Bateman, also starred Ray Meagher and Lynne McGranger, and follows several people who are living in the coastal town Summer Bay in New South Wales; the series won 46 of the 156 awards for which it was nominated.

Julian was then cast to play supporting characters in a couple of popular series, including the drama “G. P.”, the romantic drama “Another World” and the romantic comedy “Will & Grace”. Between 1996 and 2000, he starred as Detective John Grant in the mystery crime drama “Profiler”, created by Cynthia Saunders, and which also starred Ally Walker and A Martinez. It follows the detective Ally Walker who’s working with the Violent Crimes Task Force; the series won one of the 22 awards for which it was nominated, including two Primetime Emmy nominations.

Julian became famous worldwide after he played Cole Turner in the hit mystery fantasy drama “Charmed”. The series starred Shannon Doherty, Holly Marie Combs and Alyssa Milano, who played three witch sisters, fighting to protect their loved ones from evil; it aired from 1998 to 2006, and won five of the 25 awards for which it was nominated.

Between 2003 and 2010, Julian starred in another award-winning series: the drama “Nip/Tuck”.

In 2013, he appeared in three episodes of the drama “Full Circle”, and in 2015, Julian made a guest appearance in the episode “The Deceivers” of the science fiction thriller drama “Childhood’s End”.

Julian made his debut film appearance with his portrayal of Mick Dooley in the 1993 comedy “Wet and Wild Summer!”, while a couple of his following roles were in the 1997 thriller drama “Magenta”, the 1998 thriller “In Quiet Night”, and the 2000 horror drama “Chasing Sleep”.

In 2007, he was cast to star as Jim Hanson in the mystery fantasy drama “Premonition”, directed by Mennan Yapo, and which also starred Sandra Bullock and Amber Valletta. It follows a depressed woman who has just found out that her husband has died in a car crash; the movie was nominated for two awards. By the end of the 2000s, Julian had appeared in the horror thriller “Prisoner” and the action fantasy adventure “Fantastic 4: Rise of the Silver Surfer”.

In 2013, he portrayed Miles Meechum in the thriller drama “Paranoia”, directed by Robert Luketic, and which starred Liam Hemsworth, Gary Oldman and Harrison Ford. It follows a man who has been employed at a powerful company, while his job is to spy on his boss’ mentor.

Three of Julian’s most recent roles in movies have been in the 2014 drama “You’re Not You”, the 2018 comedy drama “Swinging Safari”, and the horror thriller comedy “Monster Party”; he’s currently shooting for the upcoming western thriller drama “Justice”.

Julian received special thanks for the 2005 documentary film “Heroes Are Born: Making ‘The Fantastic Four’” and the 2019 movie “The Last Laugh”.

He produced the 2004 film “Meet Market”, and the 2012 documentary movie “Long Shot: The Kevin Laue Story”, while he’s currently working on the upcoming movie “Justice”.

Julian has made a guest appearance in many talk-shows, most recently in “Really Famous with Kara Mayer Robinson”, “Entertainment Tonight” and “The Talk”.

Julian met the Australian singer and actress Danielle Jane ‘Danni’ Minogue in 1991, while they were shooting together for the series “Home & Away”; the two married on 2 January 1994 in a private ceremony attended by only the closest of their friends and family members. Julian starred in Danni’s music video “This Is It”, but they divorced on 12 August 1995, mostly because of Julian spending most of his time travelling.

On 22 December 1999, he married the American actress Brooke Burns, who has appeared in close to 50 movies and TV series, and is probably still known best for her portrayal of Katrina in the 2001 fantasy comedy movie “Shallow Hal”. She gave birth to their daughter Madison Elizabeth McMahon on 10 June 2000, but Brooke and Julian divorced on 7 January 2002.

In June 2014, Julian married the non-celebrity Australian woman Kelly Paniagua, and the two have since been together.

Julian likes diversity in his life, and has worked a couple of jobs, including being an ice cream salesman and a gardener.

He was physically highly active in his 20s and 30s, as he played rugby, was the captain of a rowing crew, and had four to five training sessions at the gym every week; he rarely works out today, and his favorite sport seems to be golf.

He’s quite active on Instagram, and seems to be enjoying the attention which he’s receiving from his close to 100,000 followers; Julian has uploaded more than 200 pictures onto the network.

He loves to travel, and his acting career has taken him all around the world. Julian’s today living in Los Angeles, California, but has stated that his soul is Australian.

He has his own favorite actors and actresses, some of whom are George Clooney, Al Pacino and Angelina Jolie, while a couple of Julian’s favorite movies include “Ocean’s Eleven”, “Scent of a Woman” and “Mr. and Mrs Smith”.

As of November 2021, his net worth has been estimated at over $16 million.