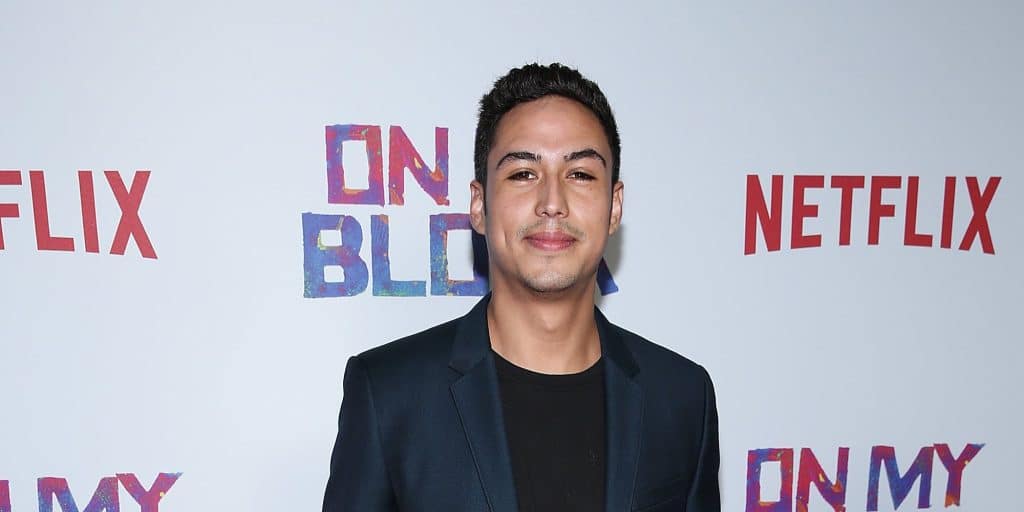 If you have been keeping up to date with Netflix shows recently, then you have surely heard of Julio Macias, who portrays “Spooky” in the show “On My Block.” This up-and-coming Mexican actor has recently been taking the acting world and the internet by storm.

Julio Macias was born in Mexico City on 20 March 1990. When he was eight years old, his family made the decision to migrate to the United States. His mother, Aida Lourdes Macías, was a patriot who initially didn’t want to move, yet agreed to for the sake of their family. Julio’s parents owned a voice dubbing company which they planned to expand in Los Angeles.

Growing up around people who work in the film industry is one of the main reasons why he developed a passion for acting, and decided to pursue a career in it. As a Mexican child in the US, he was different from everyone around him in the San Fernando Valley neighborhood; Julio tried to fit in by attempting to learn to speak in the local “surfer-boy” dialect, in early childhood trying to hide his Mexican heritage from his American friends, which he now realizes was due to a diversity issue in this community.

In a recent interview with “LATINA,” Julio states that he always had an interest in acting and the film industry, thanks to his parents owning a voice dubbing company.

Since he grew up around Mexican voice actors, even in his early childhood he witnessed working artists, and was never under the impression that being an artist isn’t a paying career. It was after graduating from high school that he really decided to take the plunge and start auditioning. His first role was in a cell phone company ad, but apparently his casting was not a big hit with the director. After this, he acted in more commercials, both in English and Spanish – he credits his mom for bilingualism since she was the person who helped him maintain his language and accent after so years of living abroad.

Although Julio was already doing cameos in popular shows such as “Game Shakers” and “Jane the Virgin,” it wasn’t until 2018 that he was cast in what became his breakout role, as Oscar Diaz or Spooky in the Netflix show “On My Block .”This infamous show focuses on the daily lives of a group of young teens, who always end up in sticky situations due to funny misunderstandings. Although it’s generally considered a comedic show, it also tackles serious issues such as discrimination and gang-related violence in Los Angeles communities. That is why Julio took his role as the tatted, cholo, big brother “Spooky” seriously, and did extensive research on members of this community to best represent their identity.

At the beginning of his career, he knew that he didn’t want to constantly be cast as a violent gang member because of his Mexican looks and heritage, but he saw this role as a chance to change the public’s opinion on people who act and look like the character. Julio portrayed the character as someone who could be vulnerable, someone whose toughness came from the need to protect those around him. The actor started to study Chicano films, and media revolving around the Mexican-American experience, as well as interact with people who grew up and still live in these communities. It’s clear from the recognition and love he received after the show that Julio put his best effort into the portrayal of this character.

Julio was nominated  for the Imagen Foundation Awards twice as best supporting actor in television; these Awards are intended for those who portray the Latino community accurately in the entertainment industry. Both in 2019 and 2020, he was nominated for his outstanding acting in “On My Block.”

Another role that this actor is known for is in the Netflix Series “Selena,” loosely based on the life of artist Selena Quintanilla. In this show, Julio Macias plays a member of Selena’s band named Pete Astudillo. Surprisingly, he auditioned for the other members of the band, including keyboard player Joe Ojeda and guitarist Chris Pérez, yet the directors saw him more fitted to portray Pete.

The actor was especially pleased to be cast in this series, as he has fond memories of his grandparents playing Selena’s music at family gatherings back home in Mexico. In a 2020 interview with People Magazine, Julio stated that he relates to his character Pete due to his secret love for music. ‘I write music, but I don’t share it. I keep it to myself; it’s my own de-stressing thing,’ he says. He has loved seeing the infamous singer come to life on the screen, and acting alongside Christian Serratos, who portrays Selena. This role reconnected him with his Mexican roots and helped him see the beauty in his identity.

Julio is happily married to his wife, Shannon Schotter. Although it is unclear when they married, the couple has been in a relationship since 2011. Shannon is an LA-based make-up artist, hairstylist, and FX artist, who has worked with the “On My Block” cast on multiple occasions. The two generally like to keep their relationship private, but Shannon sometimes posts images of them together on her Instagram, on which she boasts over 6 000 followers.

Net Worth and Social Media

Julio Macias is reported to have a net worth of over $500 000, earned mostly from his work in television, as well as the corresponding press and media.

Julio has over a million followers on his Instagram, where he loves to post behind-the-scenes images from his various acting projects as well as videos of him singing his own original music. He is also active on Twitter, mainly tweeting and retweeting news about his acting career.

Julio is 6ft 1in (1.83m) tall and weighs around 180lbs (82kgs), with vital statistics of 42-31-15. His eye color is dark brown, and although on screen his characters are bald and wear wigs, his natural hair is curly and black.