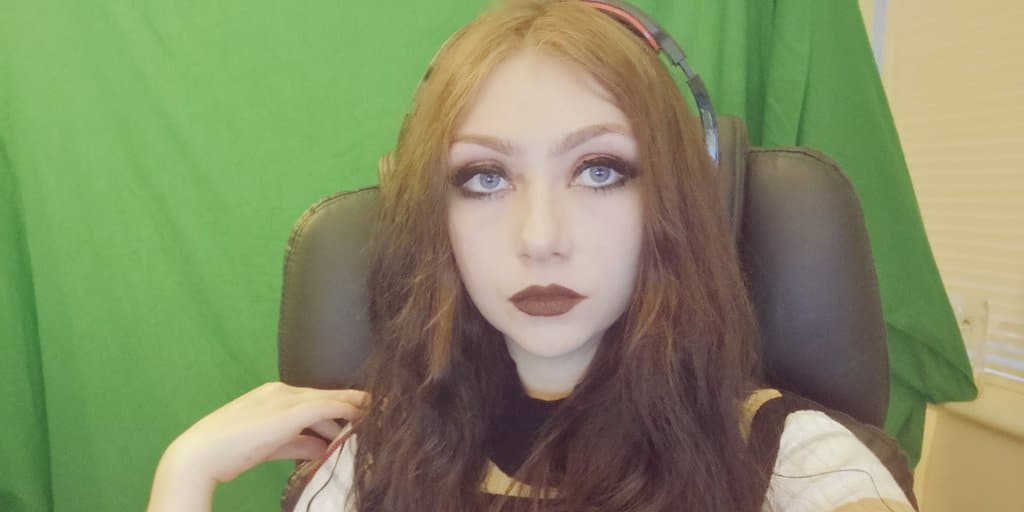 JustaMinx is an Irish YouTube and Twitch star, who is best known for streaming gameplay videos of such games as Minecraft, Far Cry 6, and Vampire: The Masquerade – Bloodhunt”, among others.

Born as Rebecca on 3 November 1996 under the Scorpio zodiac sign, in Dublin, Ireland, which makes her 24 years old, she hasn’t revealed the names of her parents, but has said that her mother is an English teacher and her father is an accountant. She is the older of two, and has a younger sister Eva.

She went to a Catholic school but hasn’t shared the name of it, but while there, she became interested in playing video games as she spent more time with male friends who would play videos games. As she got older, she realized that she was very good at them and joined many others as a video game streamer. Upon matriculation, JustaMinx decided not to pursue education further, and became focused on her online career.

It was in 2013 that JustaMinx joined Twitch, desiring to make money by playing video games and sharing her experience with people across the world.

However, she didn’t have it in her to start streaming immediately, and it was only in 2018 that she began sharing her gameplay experience. In the meantime she launched her YouTube channel, and in August 2017 uploaded her first video – “The Ultimate Ball Strategy” – from the Overwatch video game. She continued making Overwatch content, which attracted those who shared the same enthusiasm for the game that she displayed. She added Minecraft to her gaming collection, and the number of her followers increased rapidly.

As her popularity rose, she began collaborating with other YouTubers, but also started streaming on Twitch, which only further contributed to her fame.

JustaMinx added more games to her channel, including Among Us, GTA V and others, and she now has more than 1.8 million followers, and a number of subscribers who pay a certain fee for exclusive content. In recent years, she’s become more focused on the Just Chatting form, in which she talks with her fans in streams that can last several hours.

To speak of her YouTube fame, JustaMinx has amassed almost 700,000 subscribers, and her videos have attracted more than 25 million views. She was invited to star in the YouTube show “Love or Host”, hosted by YouTuber Austin; she featured in several episodes, and was rated by fans as one of the most interesting guests.

As her popularity on YouTube rose, JustaMinx incorporated new content for her fans, such as reaction and storytime videos “How I Got Arrested (GTA RP)”, “The Best Club Opening In Minecraft”, and “Reacting to embarrassing old videos”, and others.

Some of her most popular videos include “Schlatt and Carson roasting Minx for 10 minutes”, which has over 2.2 million views, then “Schlatt roasting Minx again for 12 minutes”, with two million views, and “I Finally Won Love Or Host!!! Ft. GeorgeNotFound”, which has just over a million views, among many other videos that have made her popular. In March this year, JustaMinx signed a deal with Envy, which is an entertainment and e-sports organization.
Her most recent video was made in September 2021, and is about her move to the US. She wasn’t happy with the experience, and shared it in the newest video.

Back in December 2020, JustaMinx was banned from Twitch for seven days after it was noted that she used forbidden words in her streams, included profanity and hateful slurs. The decision to ban her was rather controversial as the rules that caused the ban were set for January 2021. However, it was decided that the ban would take place immediately. The popular streamer was dissatisfied with the decision, and made a video in which she talked about the injustice that was thrown at her, and explained in a rather sarcastic fashion how to be a female Twitch streamer.

When it comes to her personal life, JustaMinx is rather secretive about it, and is sending mixed signals to her fans. According to sources, she’s bisexual, and has dated both guys and girls in the past. She’s currently single and focused on her career.

Although she hasn’t spoken much about her personal life, she has revealed that she suffers from bipolar disorder, but hasn’t let the condition influence her life. She talked about it in a tweet, saying that those who use it as an excuse for bad behavior just disappoint her.

In July 2021, JustaMinx tested positive for Covid-19, but has recovered.

As of mid- 2021, JastaMinx’s net worth has been estimated to be around $800,000, earned through her career as a digital content creator.

The prominent YouTuber often changes her hair color, dying it purple, black, blue, and even red, though her natural color is dark brown, and she has blue eyes. She stands at a height of 5ft 8ins (1.73m), weighs about 135lbs (62kgs), while her vital statistics are 34-25-35, bra size 34C.

She has made a perfect career out of a perfect hobby, as playing video games is her main interest. Additionally, she loves watching anime and is often seen cosplaying her favorite characters from such anime series as “Naruto” and Cowboy Bebop”, among others. JustaMinx is also a fan of action and fantasy films and occasionally revisits “The Matrix” and “Harry Potter” films.

Although she spends a lot of time indoors playing video games, she is pretty active outdoors, running and hiking, while she maintains her figure by regularly working out in a gym and managing her diet habit by avoiding unhealthy food.