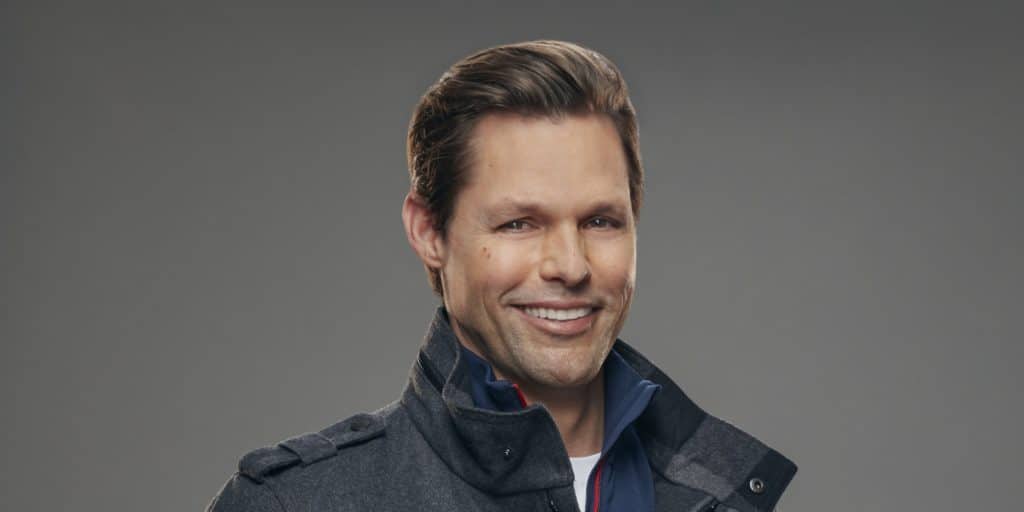 Who is Justin Bruening?

Justin Bruening is an American television and film award-winning actor, perhaps still best known to the world as Jamie Martin in the soap opera “All My Children” (2003-2011), and recently as Cal Maddox in the TV series “Sweet Magnolias” (2020-2022).

Justin Bruening was born on 24 September 1979 under the Libra zodiac sign, in St. Helena, Nebraska USA. He grew up in his hometown, which only had a population of 85 people at the time, and matriculated from high school alongside only nine classmates. Of German and English ancestry, he never met his father and there is no information about him, thus, Justin grew up on a farm with his mother Debbie, and grandmother Grace.

After high school, he enrolled at Chadron State College in Chadron, Nebraska, 19 miles south of the South Dakota border. However, his studies ended shortly after he enrolled as he realized that he wanted more from his life.

He moved to San Diego, California USA, and found a job at McDonald’s in the nearby town of Escondido, and it was then and there that he was discovered by Sue Nessel, a talent agent who worked for Scott Copeland International. After she presented him with the opportunities he had in front of him, Justin signed a contract with the elite agency, and before making an acting debut, he modeled for Abercrombie & Fitch.

He started studying acting, and was soon noticed by “All My Children” casting director Judy Wilson, and Justin received an audition call for the role of JR Chandler in the popular daytime drama “All My Children”. However, after reconsideration, Justin was cast in the role of James ‘Jamie’ Martin in 2003, and his popularity started increasing, thanks to his acting skills and his looks. Justin was slowly turning into a soap opera star, and during 2004 and 2005 his character Jamie was involved in a cross-over story in another soap opera – “One Life to Live” – during which time Justin’s popularity rose to new heights. He remained in “All My Children” until 2011 and during his stint as Jamie, he was featured as Daytime’s Hottest Star in Teen People, Us Weekly, J-14, and Star magazines among others.

Justin was cast in more roles as his career progressed, and in 2006 he portrayed Bobby in the film “Fat Girls”, while from 2008 to 2009, he was Mike Traceur in the TV mystery thriller series “Knight Rider”, co-starring Deanna Russo and Paul Campbell.

After his stint on “All My Children” ended, Justin continued his career rather successfully, mostly making appearances as a recurring character in a number of TV series. However, in 2011 he was Steve Trevor in the television movie “Wonder Woman”, and the next year portrayed Jeff Wright in the television movie “Blue-Eyed Butcher. Next, in 2012 and 2013 he was Chef Jeff Reycraft in the award-winning TV romantic-drama series “Switched at Birth”, which starred Katie Leclerc, Vanessa Marano and Constance Marie from 2011 to 2017.

In 2013, he was selected for the role of Matthew Taylor, one of the paramedics in “Grey’s Anatomy”, and appeared in 16 episodes through 2018. To speak more of his accomplishments, in 2013 alone he was Lt. Commander Billy Harrington in five episodes of the critically acclaimed TV action crime-drama series “Hawaii Five-0”, and starred in the pilot episode of the TV series “Ravenswood”. His next prominent role was as Kyle Dash in the TV mystery crime-drama series “Good Behavior” (2016-2017) and he then starred in the fantasy action-horror film “The Monster Project”, with Toby Hemingway and Murielle Zuker as his co-stars.

In 2018, he appeared in another film role, this time as Shawn in the horror-thriller film “He’s Out There”, starring Yvonne Strahovski, Anna Pniowsky and Abigail Pniowsky, then before returning to television roles, Justin starred in the award-winning war drama film “Indivisible” (2018), co-starring Sarah Drew and Jason George. Justin then signed an exclusive contract with Hallmark Channel to star in a couple of films for the media company, one of which was “Swept by Christmas” (2019), in which he co-starred with Erin Cahill and Catherine Corcoran. In 2020, he had a guest-starring role as Jed Carnal in the Primetime Emmy Award-nominated fantasy crime-drama series “Lucifer”, and then was chosen for one of his popular roles as Cal Maddox in the TV romantic-drama series “Sweet Magnolias” (2020-2022), former professional baseball player turned coach and the love interest of female lead Maddie Townsend, portrayed by JoAnna Garcia Swisher.

He has starred in all 20 episodes of the series so far, as the second season premiered on 4 February 2022, however, there is no news about a third season. To speak further of his accomplishments, Justin appeared in the 2022 television thriller film “Vanished: Searching for My Sister”, with Tatyana Ali, Jasmine Guy and Carolyn Hennesy in the lead roles.

As of early 2022, Justin Bruening’s net worth has been estimated to be around $10 million, earned through his successful career as an actor, during which he’s appeared in more than 35 film and TV titles.

When it comes to his personal life, Justin doesn’t like talking about it, but the media has buzzed about his romance with actress Alexa Havins and their apparently blissful marriage. The two had known each other for a long time before he proposed to her on the set of “All My Children”, as the two were co-stars in the popular soap opera. The two married on 5 June 2005 and together moved to Los Angeles after he exited the show, as Alexa did the same. The couple has since welcomed three children, two daughters and a son.

The prominent actor has dark brown hair and hazel eyes.

He stands at a height of 6ft 3ins (1.9m), while he weighs approximately 200lbs (90kgs); his body measurements are unknown, though he has an athletic figure.

He was drawn to basketball in his teenage years, occasionally playing with his friends, and is still a fan of basketball, while he also enjoys a couple of baseball games from time to time. In addition to acting, Justin is a talented musician, a skilled guitar player, however, he hasn’t pursued music as a career option. He likes Converse All-Star sneakers, and has a collection of old models at his home, of which he is truly proud.