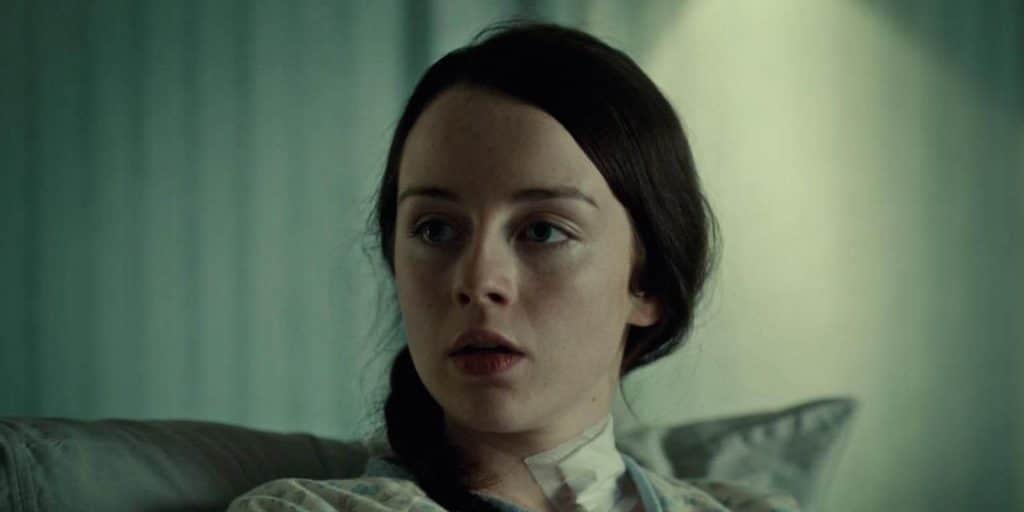 Kacey Rohl is a famous Canadian actress, who is perhaps best known for playing Katie Arneson in “White Lie”, and Abigail Hobbs in the TV series “Hannibal”. Discover all there is to the famous actress in the biography below.

Kacey Rohl was born on 6 August 1991 under the zodiac sign of Leo, in Vancouver, British Columbia Canada, to Michael Rohl and Jan ‘JD’ Derbyshire. She is of White Caucasian and ethnicity, part-German ancestry, and holds Canadian nationality.

Kacey’s father is a TV director and producer, who has popular TV shows such as “Supernatural”, “Smallville”, and “The Sarah Connor Chronicles”.  Meanwhile, her mother Jan is a writer and comedian, who developed the shows “Funny in the Head” and “Certified” (2018).

Kacey is the only child of her parents, and has had enough exposure to fame and luxury due to her parents’ career. Therefore, being in the limelight is not new to her.

When Kacey was younger, her parents split-up for undisclosed reasons. However, Kacey remained an active participant in sporting activities (especially soccer and lacrosse) at school. At the age of 14, she started taking acting classes, which encouraged her to appear in various school plays, and theater productions in her community.

Upon noticing her interest in acting, her parents rendered their full support. They took her along to sets they were working on to help her understand the craft, so that after Kacey’s matriculation from high school, she decided to pursue a career in acting full-time, so she didn’t attend college.

Kacey Rohl made her on-screen debut with a minor role as a random woman in “V” (2010), the American science fiction TV series that aired for two seasons on the ABC network. Later that year, the 19-year-old Kacey starred in “The Client List” as Emma Hollings, opposite Jennifer Love Hewitt, Teddy Sears, and Lynda Boyd, and in the same year, she appeared in the movies “Bond of Silence”, “Caprica”, “Fringe”, and “Tower Prep”.

In 2011, Kacey starred in “Ghost Storm” as Melissa, and Prudence in the dark fantasy movie “Red Riding Hood”. The actress got her big break when she landed a recurring role in “The Killing”, an American crime drama series based on the original Danish series “Forbrydelsen”.

From 2013 through 2015, Kacey Rohl played Abigail Hobbs, the daughter and accomplice of the serial killer Garrett Jacob Hobbs. She starred in 13 episodes of “Hannibal”, a psychological thriller series based on the characters of the novel “Red Dragon” by Thomas Harris.

The following year, she landed a main role in “Working the Engels”. She played the role of frustrated associate attorney Jenna Engel, opposite Benjamin Arthur, Andrea Martin and Azura Skye.

Then between 2016 and 2020, Kacey starred in the fantasy TV series “The Magicians” as hedge mage Marina Andrieski, who was expelled from Brakebills three months before graduation.

Then, in the second season of “Wayward Pines” (2016), she joined its cast as Kerry Campbell in the science fiction series developed by Chad Hodge and directed by M. Night Shyamalan. The following year, she landed a recurring role in the American superhero TV series “Arrow” (2017- 19), playing Alena from the fifth to the seventh season.

In 2019, Ms. Kacey Rohl starred in “White Lie” as a college student named Katie Arneson, who faked a cancer diagnosis for emotional and financial gain.

The film was positively reviewed by a global audience, with a rating of 92% on the site Rotten Tomatoes. Kacey describes her role as ‘the moment my acting dreams came true.’ For her stellar performance in the film, Kacey was nominated for Best Actress in a Canadian Film at the Vancouver Film Critics Circle Awards of 2020.

Most recently, Kacey Rohl was cast in a major role as Ellen Howard in the Canadian espionage drama “Fortunate Son”, set in 1968, and loosely based on the experiences of Mary Cox, the woman who helped American draft dodgers get into Canada during the Vietnam war.

Speaking to ET Canada about her career, Kacey said, ‘being able to do what I do is a gift.’

Kacey Rohl was previously in a romantic relationship with the Canadian actor Adam DiMarco; after three years, the duo split for unknown reasons. Since that break-up, Kacey has kept her love life under wraps. Because she never shares details of her life on social media, it’s impossible to figure out whether she’s single or dating.

Kacey Rohl now lives with her dog in Canada.

In late 2021, Kacey Rohl has an estimated net worth of over $2 million, which she’s earned from her years in the acting industry and some personal projects. Details of property owned by Kacey Rohl and her superstar parents remain undisclosed at this time.