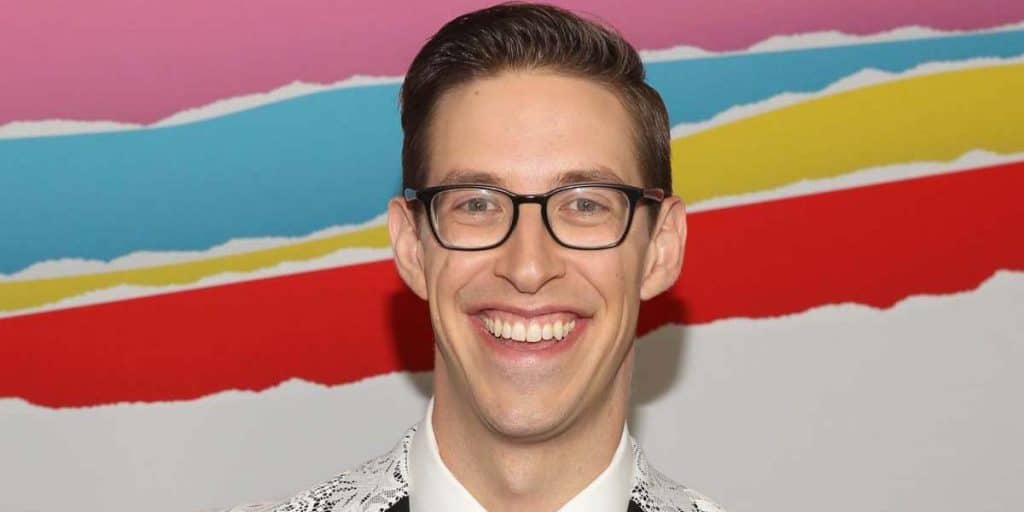 Who is Keith Habersberger?

Born in Carthage, Tennessee USA, under the zodiac sign of Gemini on 18 June 1987, Keith Douglas Habersberger holds American nationality, and his ethnicity is of mixed English, Scottish, Irish, Czech, German, and Austrian descent. He’s a comedian, an actor, a video producer, and a YouTube star, perhaps known best as one of the four members of the “Try Guys”, who are famous for their videos on YouTube, mostly featuring the four of them trying something for the first time, from drag performing to labor simulations, cooking and baking without recipes, doing their nails, and all sort of things, which always make viewers laugh.

Keith was raised in Carthage alongside his two older brothers, Brian who is an Industrial Polymer Physicist, but there’s no information about the oldest brother, however, their parent’s names are Donald and Patricia. You can say that Donald is also famous because Keith often uses a hashtag #Daddy’s favorite in his videos, especially when they’re making some food, always putting in ingredients that his dad loves.

He attended Neugua Valley high school in Naperville, Illinois, and upon matriculating in 2005 enrolled at Illinois State University, from which he graduated with a Bachelor’s degree in Theater and Dance in 2008.

In 2012, Keith launched his acting career in the series “I Made America”, alongside Matt Herzau and Nick Cardiff in this historic comedy drama, followed by supporting roles in the series such as “Oh, No” and “Funemployed”. He also made brief appearances in movies such as “Teenage Ghost Punk”, “Beautiful Brooke”, and “WTF: World Thumbwrestling Federation”.

In the following years he started working as a video producer, and in 2014 became a development partner at BuzzFeed Motion Pictures. Eventually, he created the “Try Guys” with Ned Fulmer, Eugene Lee Yang and Zach Kornfeld, and their first video was “Guys Try Ladie’s Underwear for the First Time”. The quartet became famous for hilarious videos, and their show “Squad Wars” was one of the most viewed competition reality series in 2017.

They worked for BuzzFeed until 2018. when they separated from this internet media company and started their own independent production company, 2 ND Try LLC, and launched their YouTube channel “Try Guys” on 23 May 2018, which has been subscribed to by over 7.5 million people, and all of their videos combined have been watched almost two billion times.

Keith is also a member of the comedy music group “Lewberger”, which he founded with Alex Lewis and Hughie Stones; they’ve participated in several TV talent shows such as “Bring the Funny” and “America’s Got Talent”.

Since Keith has a rare condition known as ‘geographic tongue’ and can’t eat spicy food, he developed a special hot sauce, Keith’s Chicken Sauce, which was sold out in two days, and since consumers obviously liked it, he now has a line of Burger and Taco sauces for people with sensitive tongues; his dream is to make four sauces inspired by Zach, Ned, Eugene and himself.

Keith hasn’t been involved in controversies or any affairs; he married his long-term girlfriend Becky, who’s a make-up artist and uses her social media accounts to promote her work. She can often be seen in the “Try Guys” videos, and has been a part of the podcast “Try Wives”.

Keith and Becky married on 24 September 2017 after six years of dating; their wedding was in Chicago, Illinois, and Ned, Zach and Eugene were groomsmen, beside Keith’s brothers.

As of November 2021, the two are still together; they don’t have children, but have adopted a cat from a shelter, named Alfred, and Becky runs an Instagram account established for Alfred.

Keith is a food lover, especially a big fan of a fried chicken, pasta, and French fries. He has his own series entitled “Eat the Menu” on their common YouTube channel, on which he eats everything listed on the menus from popular fast-food restaurants. He has two other food-related series – “Gourmet Garbage” and “Chicken Watch”.

While he was in high school, he was a member of the school theatre group, and that’s when he developed his love for acting. He likes to represent himself as a comic actor, and most of the “Try Guys” fans describe him as the funniest.

When he was at the college, he was a part of the most booked group in the US, “Mission Improvable”, and participated in festivals and on the tours of this famous group; thanks to that he has visited several US states, and with his wife, Keith traveled for pleasure too; his favorite travel destination is Greece (because of the gyros), and he dreams of visiting Busan, South Korea because the best fried chicken restaurant in the world is there.

In 2019, Keith released a book entitled “The Hidden Power of F*cking Up” along with Eugene, Zach, and Ned, which reveals their philosophy of trying, and as they stated it teaches you ‘how to fully embrace fear, foolishness, and embarrassment in an effort to understand how we all get paralyzed by a fear of failure’.

They also have their merchandise which can be bought online, having all kinds of accessories, toys, cookbooks, hoodies, and on it you can buy Keith’s hot sauces.

He mostly posts updates of his work with the “Try Guys” and his musical group “Leweberger”, and pictures from his everyday life, of his cat and wife, and some hilarious pictures featuring him in strange poses and with funny face expressions. He also has a TikTok account, followed by nearly 700,000 people.