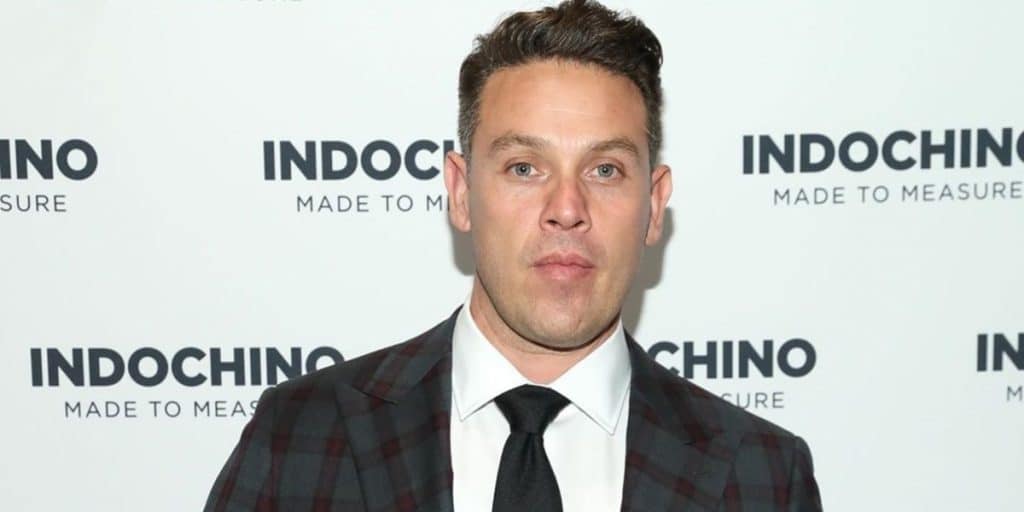 Who is Kevin Alejandro?

Kevin Michael Alejandro was born in San Antonio, Texas USA, on 7 April 1976 – his zodiac sign is Aries, and he holds American nationality. He’s an actor, film producer and director, who has appeared in close to 100 movies and TV series, and is perhaps known best for his portrayal of Sebastian Blood, in the critically acclaimed action crime adventure series “Arrow”. Created by Greg Berlanti and Marc Guggenheim, it starred Stephen Amell, David Ramsey and Katie Cassidy, and follows the billionaire playboy Oliver Queen, who was believed to be dead after his yacht disappeared, while he’s now returned after five years, ready to rid his city of corruption with the help of his bow; the series aired from 2012 to 2020, and won 22 of the 211 awards for which it was nominated.

Kevin was raised in San Antonio alongside his sisters Tanya Hernandez and Kimberly McGraw, by their parents Dora and Tomas Alejandro Hernandez, who are of British and Spanish descent; not a lot is known about Kevin’s family, as he respects their privacy.

Kevin became interested in acting while attending a local high school, as he was a member of the school’s drama club, and appeared in plays performed both at the school, and at a local theatre. He was also into sports during those four years, especially in soccer, while he also played football and basketball.

Upon matriculating in 1994, Kevin found a job to financially support himself, and also enrolled at the University of Texas in Austin, from which he graduated with a Bachelor of Arts degree in 1998; he then sold all of his possessions, and moved to Los Angeles, California to pursue an acting career.

Kevin made his debut film appearance with his portrayal of Fishman, in the 2003 comedy “Graduation Night”, while a couple of his following roles were in the 2003 romantic thriller “Purgatory Flats”, the 2005 action fantasy horror “Constantine” and the 2006 crime drama “Faceless”.

He gained recognition in 2009, when he was cast to play Detective Daniels in the romantic comedy drama “Wake”, directed by Ellie Kanner, and which starred Bijou Phillips, Ian Somerhalder and Jane Seymour; it follows Carys Reitman, who feels better when she attends strangers’ funerals. In the same year, Kevin appeared in the crime drama “Crossing Over”, which tells the story of how the authorities in Los Angeles are dealing with illegal aliens.

Kevin’s following three roles were in 2011, in the action crime horror “Red State”, the historical action adventure “The Legend of Hell’s Gate: An American Conspiracy” and the horror thriller “Cassadaga”.

In 2015, he starred as Skid in the drama “Safelight”, written and directed by Tony Aloupis, and which also starred Juno Temple and Evan Peters. The movie follows two teenagers who are travelling around the Californian coast taking pictures of lighthouses, and it won one of the two awards for which it was nominated.

Three of Kevin’s most recent film roles have been in 2020, in the short comedy “Adult Night”, the drama “Language Arts”, and the romantic drama “The Lost Husband”; he’s currently shooting for the upcoming short drama “For Every Good Invention”, and the drama “Aristotle and Dante Discover the Secrets of the Universe”.

Kevin made his debut TV series appearance in the 2003 episode “Fire and Ice” of the mystery crime drama “Crossing Jordan”, and the following years saw him appear in an episode of various series, such as the crime drama “Las Vegas”, the drama “Dr. Vegas”, and the fantasy mystery drama “Charmed”.

He gained recognition in 2006, when cast to play Benito ‘Benny’ Velasquez in the crime thriller drama “Sleeper Cell”, created by Cyrus Voris and Ethan Reiff, and which starred Michael Ealy, Oded Fehr and Henri Lubatti. It follows an FBI agent who has been given a mission to infiltrate a sleeper cell in Los Angeles; the series won four of the 24 awards for which it was nominated, including five Primetime Emmy nominations. By the end of the 2000s, Kevin was cast to play supporting characters in a couple more popular series, including the action crime adventure “Drive”, the romantic comedy drama “Ugly Betty”, and the mystery crime drama “Shark”.

Between 2009 and 2011, he portrayed Detective Nate Moretta in 17 episodes of the crime thriller drama “Southland”, created by Ann Biderman, and which starred Michael Cudlitz, Shawn Hatosy and Regina King.

It follows the lives of the police officers working in Los Angeles, and aired from 2009 to 2013, winning 17 awards including two Primetime Emmys, while it was nominated for 26 other awards.

Kevin is also known for his portrayal of Jesus Velasquez, in the critically acclaimed fantasy mystery drama “True Blood”, created by Alan Ball, and which starred Anna Paquin, Stephen Moyer and Sam Trammell. It follows Sookie Stackhouse, a telepathic waitress who has just learned that there exists an entire supernatural world, in which she’s met the vampire Bill Compton; the series aired from 2008 to 2014, and won 39 awards, including a Primetime Emmy, while it was nominated for 158 other awards. A couple of Kevin’s following roles were in the crime drama “Golden Boy”, the fantasy horror drama “The Returned” and the romantic crime drama “The Catch”.

Three of Kevin’s most recent roles in TV series have been in 93 episodes of the hit fantasy crime drama “Lucifer” between 2016 and 2021, nine episodes of the animated action adventure “Arcane” (voice role) which has begun airing just recently in 2021, and both episodes of the 2021 action drama “The Keepers”.

He could’ve been seen featured in a couple of documentaries, including the 2008 video “Making of ‘Creature of Darkness’” and the 2017 film “Backwoods: The Search for Kentucky’s Lost Treasure”.

Kevin has made a guest appearance in various talk-shows, including “Helenna’s Tinseltown Tuesdays”, “The Mo’Nique Show” and “Popternative”.

The cat’s out of the bag! Thank you to @thewrap for this exclusive announcement.
Happy to announce our @alejandrofilms_ producing partnership with #CraigAndersonProductions and novel acquisition and partnership with @krogin! https://t.co/47qOs7i93A

Kevin has won two of the five awards for which he’s been nominated: the 2010 Imagen Foundation Award for Best Supporting Actor – Television, for his performance in “Southland”, as well as the 2018 Hollywood Short Film Festival Prize for Best Director, for “Bedtime Story”.

He was also nominated for two other Imagen Foundation Awards in 2012 and 2013, for his performance in “True Blood” and “Golden Boy”, and a 2018 Hollywood Reel Independent Film Festival Award for Best Director.

Kevin is highly secretive when it comes to his love life, but it’s still known that he’s today a married man, as well as a father. He exchanged vows with the film director and photographer Leslie de Jesus on 14 February 2004, in a private ceremony attended by only the closest of their friends and family members; Leslie is quite active on Instagram, and is today followed by close to 50,000 fans, while she’s uploaded over 4,000 pictures onto the network.

On 22 February 2008, Leslie gave birth to their son Kaden Michael Alejandro, whom they are today keeping away from media.

Kevin hasn’t mentioned any other women whom he has perhaps been with, so as of November 2021, he’s married to Leslie de Jesus Alejandro, and has a son with her.

Kevin is an Instagram star, as he’s today followed by close to a million people on the network, while he’s uploaded over 1,000 pictures, most of which have been taken during his everyday life; Kevin is also passionate about photography, and some of these pictures have been taken by him.

He’s physically quite active, and has a couple of training sessions at the gym each week, mostly because it’s important for his acting career to stay in shape.

Kevin is a fan of tattoos, and has several inked onto both his arms.

He likes to travel, and has been to a couple of US states and several European countries, mostly to shoot for his movies and TV series.

In his spare time, Kevin likes to watch movies starring his favorite actor and actress, Bruce Willis and Angelina Jolie, such as “Die Hard”, “Pulp Fiction” and “Wanted”.