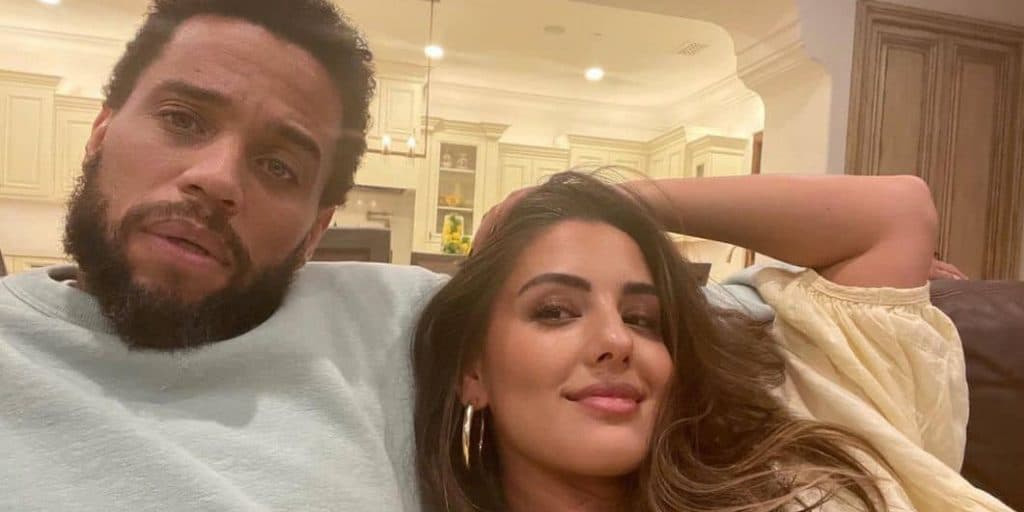 Khatira Rafiqzada is mostly known for being Michael Ealy’s wife, a renowned and successful actor. She is also an occasional actress, having starred in two feature movies and now is the co-founder of “Break Bread”.

Khatira Rafiqzada was born on 8 Jan 1981, in Kabul, Afghanistan. However, when she was 12 years old, her family fled to the United States of America because of the Afghan Civil War that broke out in 1992. Luckily, Khatira Catholic Charities saw her as a war victim, and decided to sponsor her. She spent the rest of her childhood in East Bay, but a more specific location isn’t disclosed.

Her parents married early, when her mother was only 17 years old. Not long after their wedding, she became pregnant with Khatira, but after giving birth, she suffered from a severe case of postpartum depression, also known as baby blues, which lasted for a few months. When they were still living in Afghanistan, Khatira’s mother worked as a teacher, and as a public radio political journalist.

After they moved to the US, she started working as a housekeeper. In 2017, Khatira posted a family photo on Instagram, revealing details about her family’s journey, saying: ‘I came here as a refugee from Afghanistan when I was 12 years old, sponsored by Catholic Charities as victims of war.

I loved my childhood and because the war hadn’t yet made it to our backyard, I couldn’t understand why we left my country’.

She is known to be a Muslim, and now has American and Afghan nationality, but other details from her early life are unknown. Due to her private life policy, her educational background remains a mystery as well.

In her early professional years, Rafiqzada worked as a house cleaner, babysitter and waitress, but all of these proved to be dead end jobs. In 2009, she first appeared in the acting world by making her movie debut in “Layla”, a short action drama, playing the role of Zola, and having the opportunity to work alongside actors Jasmine Bissete, Jawad Asephi and Marie-Therese Abou-Daoud.

Her acting career didn’t’ end without a second feature, which was in the Deon Taylor directed horror film “Chain Letter” in 2010, in which she played the role of the counselor.

Khatira then tried a different path in the arts, singing and playing music. She posted her performances online, but unfortunately they didn’t get much attention.

Most recently, she became a co-founder of Break Bread, and is an avid supporter of the Afghan-American and Anti-Black Racism communities.

Khatira Rafiqzada and her future husband, Michael Ealy, became involved romantically in 2008. Then in 2012 they decided to tie the knot, in a private and isolated wedding ceremony in the autumn in Los Angeles, California with their closest friends and family.

Their wedding details were made public only in December; their residence is currently in Los Angeles. Soon after Ealy’s statement about their wedding, an inside person told People: ‘Michael has always been a private guy, and he wanted to enjoy his time as a newlywed with his wife privately’.

Now Khatira and Michael are the proud parents of two children – in 2014, their son Elijah Rakim was born and then after two years, their daughter whose name is Harlem, has arrived, as well. The couple enjoys living a private life, keeping their children, especially, out of the limelight. However, they do post photos of the two on Instagram every now and then.

Who is Michael Ealy

Michael Brown, or better known by his professional name Michael Ealy, was born on 3 August 1973, in Washington, D.C. USA. His whole childhood was spent in Silver Spring, Maryland, being raised by his mother, an employee at IBM, and his father who was involved in the grocery business. Michael enrolled into the University of Maryland after he matriculated from Springbrook High School.

Michael’s career in the acting world started when he performed in several off-Broadway productions in the late 1990s. His debut appearance was in 2001 in the romantic comedy “Kissing Jessica Stein”, in which he played the role of Greg. He then starred in the Czech-American comedy thriller “Bad Company”, which was directed by Joel Schumacher, and the same year of 2002 he was a guest in the medical drama series “ER”.

However, Ealy’s big break came with the role of Ricky Nash in “Barbershop”, a comedy film directed by Tim Story, this success reprised in “Barbershop 2: Back in Business” in 2004. Meantime in 2003, he played the role of Slap Jack in the well-known “2 Fast 2 Furious”, the second movie of the “Fast And The Furious” franchise.

Another notable progression in Michael’s career was featuring in Mariah Carey’s hit single music video “Get your Number”. Right after, he was the portrayer of Virgible “Tea Cake” Woods alongside Halle Berry in the ABC drama “Their Eyes Were Watching God”, the performance earning him the Black Reel Award in the Best Actor category in 2005.

In 2010 he won the Best Supporting Actor award by African-American Film Critics Association, as well as being nominated for an NAACP Image Award for his performance as Beau Willie in the drama film “For Colored Girls”.

Khatira loves paintings, graffiti and street art; her true passion for this side of art was found while she lived in India. In an interview with Sugarcane Magazine, she recalled: ‘While living in India, I couldn’t help but be lost in street art/graffiti. Some were beautiful jungles painted full of color with exotic flowers in the middle of a bustling city, and others were protest art. It was my first memory of feeling heard.’ She continued by expressing her love for anti-war photography, which she encountered once she moved to the US.

Khatira has a height of 5ft 5ins (1.65m), and weighs about 120lbs (55kgs). Her long brown hair beautifully complements her brown eyes.

Rafiqzada’s wealth is estimated at $300,000 as of 2022. However, Michael has a net worth estimated at $3 million; the couple also owns their house in Los Angeles.