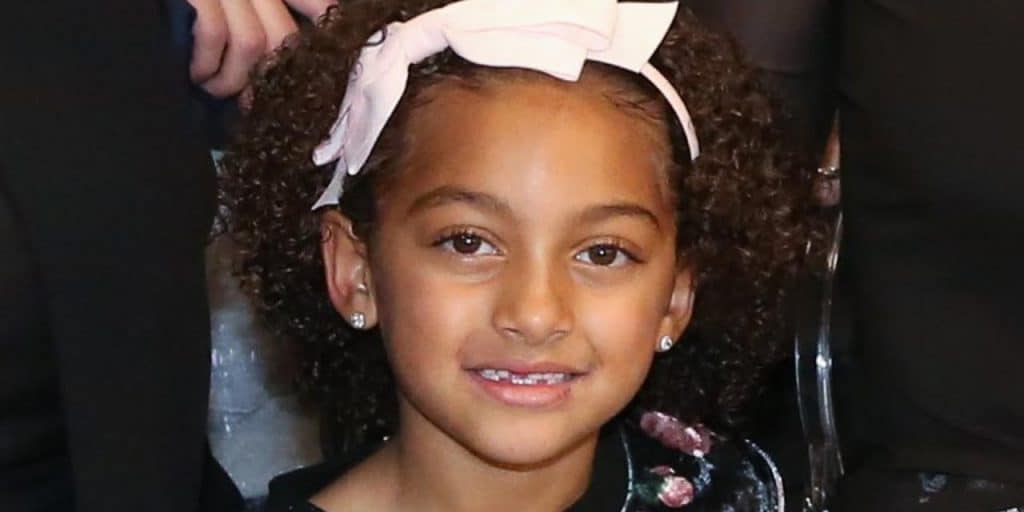 Chloe Chrisley is a young American reality TV star, best known for appearing in the series “Chrisley Knows Best”. Chloe has been in the spotlight from a young age – find out all you need to know about Chloe Chrisley and her childhood in the biography below.

Chloe ‘Coco’ Chrisley was born on 10 November 2012 under the zodiac sign of Scorpio, in South Carolina, USA. She is bi-racial with traces of Caucasian and African-American ethnicity, but holds American nationality.

Although Chloe is being raised by her grandfather and his wife Julie, other members of the Chrisley family pitch in every now and then, and Kyle is also trying to build a bond with his daughter. In a Facebook post he shared in 2019, Kyle said, ‘God knew what he was doing when he gave us this beautiful baby.’

There are currently no details of her educational background.

In 2014, Chloe made her television debut in the reality TV show, “Chrisley Knows Best” a series centered on her grandfather and his large family. She held a recurring role in the first season, but then had to stop filming for a while, because Kyle was demanding money for Chloe’s appearance in the show. The issue was soon resolved, and from the second season Chloe became part of the main cast, and has since appeared in over 100 episodes of the TV show.

She also featured as a guest on Todd Chrisley’s podcast, “Chrisley’s Confessions”, in which she and her grandfather had a conversation about race and racism in the US, in which she stated, ‘I have a black mom and a white dad, I love how God made me.’

Chloe is only nine so she’s not involved in any romantic relationship. However, she shares a special bond with her grandfather Todd, who often calls her his ‘favorite person’.

Chloe has been the victim of racist comments on social media; her grandparents always come to the rescue. In an interview with Today, Julie Chrisley shared ‘people write things like, ‘she doesn’t fit in your family’ and it hurts my heart. If it’s something stupid about me, I don’t care. But if you attack Chloe, I’m gonna call you out.’

Chloe Chrisley currently lives in Nashville, Tennessee with her grandparents.

Who are Kyle Chrisley and Angel Johnson?

Kyle Chrisley is an American reality TV star, and a former musician. He was born on 29 April 1991 under the zodiac sign of Taurus, to Teresa Terry and Todd Chrisley, real estate mogul and TV personality. His paternal grandmother is Faye ‘Nanny’ Chrisley.

Kyle is of white caucasian ethnicity, and holds American nationality. His parents divorced when Kyle was just five years old, so he and his sister Lindsie had to divide their time staying with both parents equally. He was diagnosed with bipolar disorder at a young age, so he resorted to self-medication, instead of using the recommended drugs, which led to a history of substance abuse and addiction.

In 2012, Kyle was cast in “Chrisley Knows Best”, a reality show centered around his father’s life and large family, which aired on USA Network. He was a series regular for the show’s first season, after which he was dropped due to his drug addiction and problems with the law.

Kyle married Alexus in 2014. They formed a band under the name Lexi and Kyle, and released their debut song “Shame on You” in 2014; other songs they released are “Country Baby” and “Outta Here”. They shared their music on their joint YouTube channel, KyleLexi Chrisley.

Alexus was championing her husband’s cause at the time, trying to help him overcome substance abuse, and manage his bipolar disorder, but they eventually separated for that same reason.

Amid custody battles for his daughter Chloe in 2014, Kyle alleged that his father only needed Chloe to boost his show ratings, not because he cared about her. In response to his son’s public backlash, Todd told US Weekly, ‘Chloe is our family and we are glad that the world gets to see such a beautiful child grow.’ Kyle’s allegations against his father led to their estrangement.

In 2019, Kyle was arrested after the police found methamphetamine hidden in his car.

At the same time, he also had an open warrant for him in DeKalb County, Georgia, because he allegedly issued death threats against his ex-wife, Alexus Chrisley.

He and his father reconciled in 2019; he later shared an Instagram post saying, ‘…nine months ago, I went to my dad with an apology. His words were ‘I love you always and you are forgiven’, and just like that, I was welcomed back into his life with open arms. I will be forever grateful for his love and graciousness.’

Angela Johnson was Kyle’s girlfriend at one time, and they share Chloe, but she has kept a low profile since her arrest in 2016.

In late 2021, Chloe Chrisley doesn’t yet have independent wealth but the estimated net worth of her father Kyle is over $500,000. Details of property owned by the Chrisleys remain undisclosed.