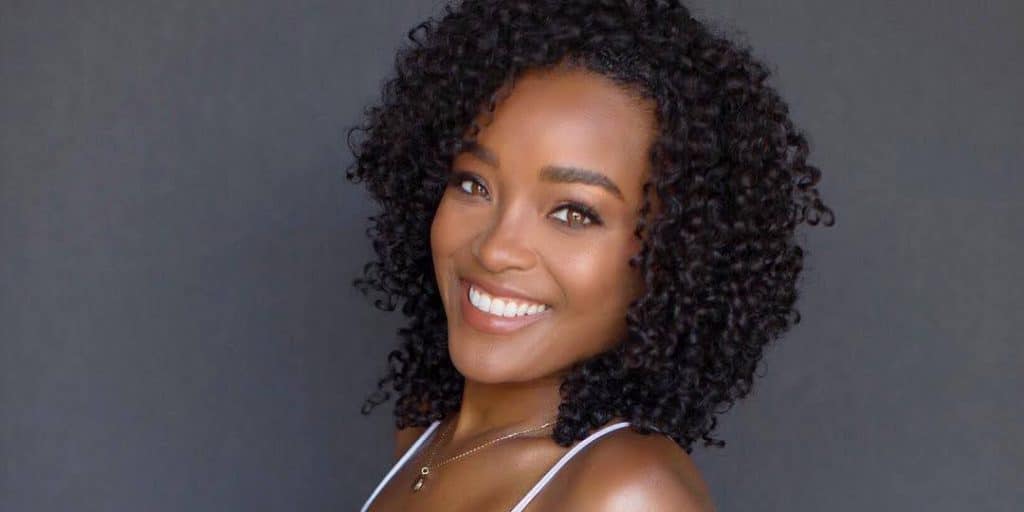 Who is LaToya Tonodeo?

LaToya Tonodeo is an actress who rose to popularity portraying Diana Tejada in the popular TV series “Power Book II: Ghost”. She was also featured in “The Fosters” and “The Oath”. LaToya was born under the Zodiac sign Taurus on 23 April 1997 in Los Angeles, California, USA. As of 2021, she is 24 years old and holds American nationality. She currently resides in New York.

Not much is known about her background, family, and early life. When it comes to her siblings, she has a brother. Growing up, she has always been into the art and in an interview, she said that during her formative years her mother took her to an open-call audition for Nickelodeon. She did not get the role, but the love for acting and performing was born at that moment.

Additionally, she has not disclosed her educational qualifications. Regarding her acting skills, in a recent interview, she mentioned that she takes acting classes to further her knowledge.

LaToya kicked off her career at the age of 12, in 2009, with a minor role in the comedy movie “Becoming Pony Boy”, followed by a six-year break from the entertainment business. Her next role came in 2015; she appeared in the short film “The Last Straw” and the commercially successful action-comedy “Paul Blart: Mall Cop 2. LaToya also landed the role as Jasmine Pierce in the horror/thriller film “Dutch Hollow”, sharing the screen with Anthony Ray Parker and James Duval.

The following year, she appeared in the romantic comedy movie “The Perfect Match” opposite Cassie Ventura and Terrence Jenkins. In 2018, she scooped the recurring role of Ashley in the popular drama series “The Fosters”, followed by a minor role in the adventure/comedy movie “The Head Thieves”. During the same year, she was cast as Tara Byrd in the crime drama series “The Oath”, appearing in four episodes of the first season. The show garnered moderate success, and in April 2018, Sony announced that the series had been renewed for another season, which premiered in 2019. Latoya also made a guest appearance in an episode of the show’s second season. Following the show’s finale, Sony decided to cancel the show due to unknown reasons.

In 2020 she booked the role of Diana Tejada, one of the main characters, in the drama series “Power Book II: Ghost”.

In the series, she plays the sister of Dru and, who gets involved in the drug business with the lead character and drug dealer, Tariq St. Partick, portrayed by Michael Rainy. The show is the sequel to the crime drama series entitled “Power”, co-created by Courtney Camp and Curtis Jackson, professionally known as “50 Cent”.

In the interview with the media outlet The Grio, she revealed that she had already been a fan of the show prior to landing her role as Diana, LaToya said: “To join a franchise like this is such a blessing for me. This is my family’s favorite show. So now that I’m able to be a part of this next chapter, it’s a huge deal. I’m still very excited and taking it all in every single day.”

Regarding her character and portrayal, she discussed Diana’s main traits and her personal connection to the role, she said: “I really connected with the fact that she’s a very ambitious, intelligent, and even though she’s book smart, she’s also street smart. I feel like Diana is a chameleon. She can navigate through both worlds. She comes from a strong family and she’s strong herself.”

As an individual who grew up listening to R&B music and hip hop, she also said that it had been really hard to keep her cool around the popular R&B singer Marry J. Blige who portrays Monet Tejada, Diana’s mother, and the rapper Method Man who plays the lawyer, David McLean. In an interview, LaToya disclosed: “The fact that they’re legends and icons and, you know, so very, very talented, but still have like this super chill, down to earth, welcoming vibe about them— I love that.”

Posted by The Source Magazine on Wednesday, September 9, 2020

The first season premiered in September 2020 and opened to overwhelmingly positive reviews prompting the TV network Starz to renew the show for a second season, which will premiere in November 2021.

Regarding the second season, the show’s creator Kamp revealed some juicy details, she said: ”Tariq’s journey with the Tejada family will get even more complicated – and more dangerous – as he begins to understand the man he’s going to become.” Additionally, Kemp’s powerful and evoking storytelling, coupled with the convincing cast’s performance, has not gone unnoticed; the show received three NAACP Awards, including the NAACP award in the category for Outstanding Drama Series.

While her dating history remains a mystery, she has been dating the Belizean-born American actor Arlen Alexander Escarpeta since 2014. Arlen rose to fame for his roles in popular movies, including “The Friday 13th “, “Brotherhood”, and “Whitney”. Although LaToya has never been married, her long-term boyfriend had already walked down the aisle. The three-year senior, Arlen, married the actress Benita Nall, best known for starring in series such as “American Dreams” and “The Punanny Diaries” in 2011.

However, they called it quits relatively quickly, after just one year of marriage due to personal and irreconcilable differences.

As of 2021, her estimated net worth is around $1 million, which she has earned through her career as an actress. Considering her recent success starring in the “Power Book II”, it is believed her wealth will be augmented substantially.

LaToya is 5ft5ins tall (165cm) and weighs around 121lbs (55kgs). Her natural hair is black, further adorned with green eyes. Her vital statistics are 34-28-37. She has a fit body physique and often visits the gym to maintain it.

In her free time, she likes to cook and experiment with different recipes; LaToya is a fan of healthy and well-balanced meals, which include a lot of vegetables and fruits. Additionally, she is an avid animal lover; she has a dog, and she often posts photos of it on her Instagram account.

Her favorite actor is Leonardo DiCaprio, and she hopes to works with him someday. Her favorite sneakers are Jordan’s.