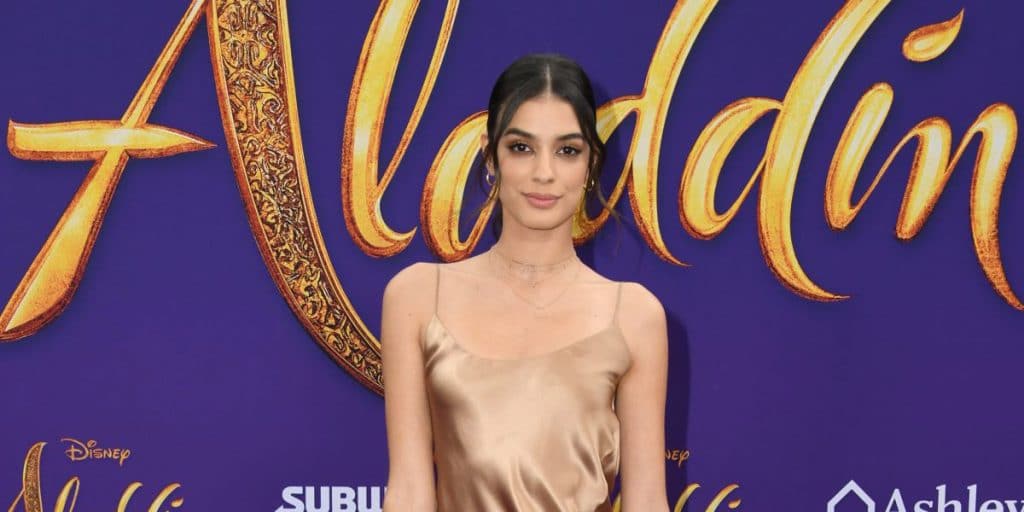 Who is Laysla De Oliveira?

Laysla De Oliveira was born in Toronto, Ontario, Canada, on 11 January 1992 – her zodiac sign is Capricorn, and she holds both Brazilian and Canadian nationality. She’s an actress with close to 20 credits to her name, while she’s perhaps known best for her portrayal of Echo, Dodge and Ellie Whedon, in the popular fantasy horror series “Locke & Key”. It was created by Meredith Averill and Aron Eli Coleite, stars Darby Stanchfield, Connor Jessup and Emilia Jones, and follows three Locke siblings and their mother, who have moved into a house full of magical keys, which might tell them more about their father and husband’s death. The series has been airing since 2020, and has won one of the 10 awards for which it’s been nominated.

Laysla was raised in Toronto by her parents of Brazilian descent, about whom nothing’s known, as they prefer to be left out of media; because she hasn’t talked about having any siblings, most people believe Laysla to be an only child.

She became interested in acting while attending Rosedale Heights School of the Arts, and was a member of its drama club, appearing in plays performed at the school, as well as at a local theatre. Upon matriculating in 2010, Laysla enrolled at a college, and found herself an acting agent; she launched her acting career in 2012, when cast to play Johanna Peeters, in the episode “Scary Monsters (and Super Creeps)” of the hit action crime drama “Covert Affairs”. The series was created by Matt Corman and Chris Ord, starred Piper Perabo and Christopher Gorham, and follows Annie Walker who’s working as a CIA operative.

Laysla graduated with a Bachelor’s degree in 2014, and then focused on acting.

Laysla has appeared six TV series, including the two mentioned above. In 2013, she portrayed Bettina in the episode “Brave New World” of the popular action crime drama “Nikita”, and in 2018, we saw her play Zoe Ward in the episode “Don’t Hate the Player, Hate the Brain” of the crime comedy drama “iZombie”. It was created by Diane Ruggiero-Wright and Rob Thomas, starred Rose McIver, Malcolm Goodwin and Rahul Kohli, and follows a zombie woman who’s helping the police solve cases; the series aired from 2015 to 2019, and won seven of the 28 awards for which it was nominated.

In 2018 and 2019, Laysla played Glow in three episodes of the action fantasy drama “The Gifted”, created by Matt Nix, and which starred Stephen Moyer, Amy Acker and Sean Teale. It follows the members of an institute for mutants, who are fighting for their own and humans’ peaceful co-existence.

Laysla’s only other TV series role has been her portrayal of Liliana Mirandeira, in the 2021 episode “Under the Influence” of the comedy “Nine Films About Technology”.

Laysla made her debut film appearance with her portrayal of Tessa in the 2013 fantasy drama “Gothica”, and her following role came three years later, when she starred as Maria, in the 2016 short romantic drama “Onto Us”.

Also in 2016, she portrayed the lead character Paula Ferreira in the family adventure “Lea to the Rescue”, directed by Nadia Tass, and which also starred Maggie Elizabeth Jones and Storm Reid. It follows Lea Clark who’s headed deep into a rainforest in Brazil. A couple of Laysla’s following roles were in the comedy “Jalen Vs. Everybody”, the  short family drama “Brothers Blood” both in 2017, and the 2018 drama “Acquainted”.

Later in 2018, she starred as Grace Cole in the crime drama “Gone Baby Gone” from the eponymous novel by Dennis Lehane, directed by Phillip Noyce, and which also starred April Bowlby and Peyton List.

The movie follows two police officers, as they’re patrolling the Boston neighborhood in which they grew up.

Laysla’s three most recent film roles have been in 2019 in the horror science fiction mystery “In the Tall Grass” and the action crime drama “Code 8”, and the 2021 romantic fantasy drama “Needle in a Timestack”; she’s currently shooting for the upcoming short science fiction film “Dinner Party”.

Laysla has made a guest appearance in various talk-shows, including “CTV News at Six Toronto”, “The Steve Varley Show” and “IMDb Originals”.

Laysla prefers to keep the details of her love life to herself, but it’s still widely known that she’s today in a relationship with Jonathan Keltz, a popular American actor and film producer, who has appeared in nearly 50 movies and TV series, while he’s probably still known best for his starring role in the comedy drama series “Entourage”.

The two met on a movie set in February 2014, and dated for a couple of months before announcing that they were in a relationship; Laysla and Jonathan could since have been seen attending numerous events together, while they have also uploaded many pictures which feature them together, onto their social media accounts.

It’s also rumoured that Laysla was previously in a relationship with Ian Bohen, a famous American actor, but this hasn’t been confirmed.

As of November 2021, she’s in a long-term relationship with Jonathan Keltz, hasn’t married, and doesn’t have children.

Laysla’s quite active on Instagram, and it seems that she’s enjoying the attention which she’s receiving from her nearly 200,000 followers. She’s uploaded close to 700 pictures onto the network, most of which have been taken during her everyday life.

She has multiple training sessions at the gym every week, mostly because it’s necessary for her acting career to stay in shape.

Laysla is into travelling, and has been to a couple of US states, mostly to shoot for her movies and TV series; she has also been to Brazil on several occasions, and has visited a couple of European countries, including England and France.

Laysla has her own favorite actor and actress, Bruce Willis and Helena Bonham Carter, while a couple of her favorite movies are “The Fifth Element”, “Pulp Fiction” and “Fight Club”.