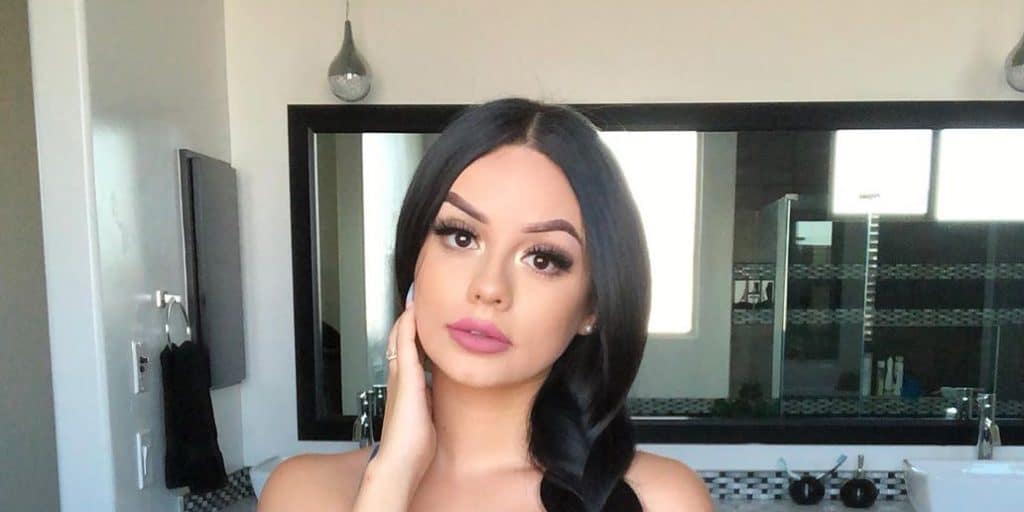 Who is Les Do Makeup?

Leslie Quezada, better known by her online alias Les Do Makeup, was born on 3 January 1994 under the zodiac sign of Capricorn, in El Paso, Texas USA. She’s a 27-year-old professional make-up artist and social media sensation, who gained fame for posting numerous make-up tutorials and beauty videos on her official YouTube channel, on which she’s amassed more than 1.1 million subscribers, while her videos have been viewed more than 150 million times in total.

How rich is she, as of now? Les Do Makeup Net Worth

As of late 2021, Les Do Makeup’s net worth is estimated at close to $1 million, acquired largely through her successful involvement in the beauty industry as a professional make-up artist. She’s also increased her wealth through her Internet-based career, which includes video monetization and paid partnership deals. She also earns money through the sales of her merchandise line. Her net worth includes a white Mercedes-Benz G-Class SUV.

Les Do Makeup spent her early years in her hometown of El Paso, where she was raised by her parents; however, their names and professions aren’t revealed to the public, and it’s also unknown whether she has siblings or is an only child. She holds American nationality, belongs to Hispanic ethnic group, and is a Christian. Speaking about her educational background, Leslie matriculated from a local high school, where she played volleyball for the school’s team.

Upon matriculation, Leslie enrolled into the University of Texas at El Paso, from which she graduated with a Bachelor’s degree in Business Accounting.

Leslie Quezada is a self-taught make-up artist, and after doing it for about six months, started filming make-up tutorial videos. She launched her official YouTube channel under the username ‘Les Do Makeup’ on 4 April 2012, but her career didn’t officially begin until she uploaded her first video, entitled “Simple ABH modern renaissance look || LEXXXLIEEE”, in September 2017.

It quickly went viral ,after which her channel started gaining more attention. It encouraged her to continue to create similar content, and the number of her subscribers grew steadily after each video. She eventually expanded her content, and added more videos related to skincare, beauty hauls, product reviews, Q&As, and challenges.

She also began filming vlogs and storytime videos about her daily activities, personal life, and other interesting items, which included filming cooking and baking videos.

Some of her most popular videos include, “MAKING LAURA’S BABY SHOWER CAKE! 🎂”, “I MADE MY OWN BABY SHOWER CAKE! GRINCH THEME”, and “TELLING MY BF IM PREGNANT! + his mom and best friends reaction”, to name a few.

Once she gained a large number of subscribers, Les Do Makeup caught the attention of several cosmetic companies, which offered her collaboration, so she created her own make-up line, and collaborated with LIVE Glam on her Bake My Day Collection.

In addition to her involvement in the beauty industry, Leslie is active across many of the most popular social media sites, all of which she uses to promote her YouTube videos and other projects. She runs her official Instagram account under the username ‘lesdomakeup’, on which she has more than 1.8 million followers.

Les Do Makeup is a married woman – her husband is Alex ‘Vlex’ Galindo, also known as a social media personality. The public isn’t aware of how long they’ve been together, however, she gave birth to their son, named Gael Gianni Galindo, on 16 December 2019. The family residence is in El Paso.