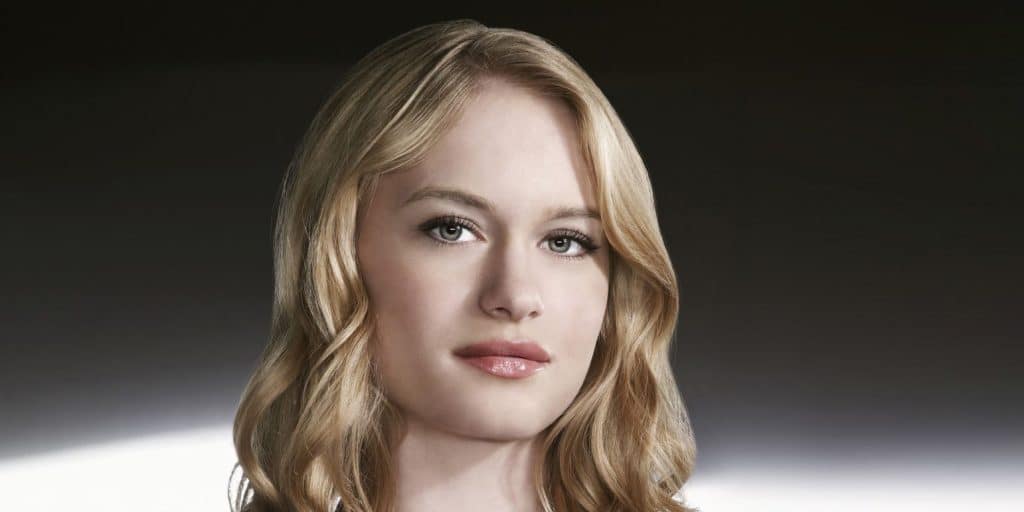 Who is Leven Rambin?

Leven Alice Rambin was born on 17 May 1990 under the zodiac sign of Taurus, in Houston, Texas USA. She’s a 31-year-old actress and director, probably best recognized for landing the roles of half-sisters Lily Montgomery and Ava Benton in the ABC soap opera “All My Children” (2004-2010), playing Riley Dawson in the Fox action sci-fi series “Terminator: The Sarah Connor Chronicles” (2008-2009), and featuring as Kit ‘Kick’ Lannigan in the TF1/VOX police procedural series “Gone” (2017-2018).

How rich is she, as of now? Leven Rambin Net Worth

As of mid-2021, Leven Rambin’s net worth is estimated at over $1 million, acquired through her successful involvement in the world of entertainment. She has worked on more than 40 television and film acting credits since she launched her career in the mid-2000s.

Leven Rambin spent her early years in her hometown of Houston, where she was raised by her father, Joseph Howard Rambin III, and her mother, Karen Stacy Guthrie – her parents are founders and owners of Houston’s largest real estate company, and her grandfather J. Howard Rambin Jr. served as the CEO and President of Texaco Oil Co. She has a brother named Joseph, and two older half-siblings, a half-brother named Jay Rambin and a half-sister named Mary Rambin. Leven holds American nationality and belongs to White Caucasian ethnic group.

Regarding her education, Leven went to St. Francis Episcopal Day School, where she performed in her first school play.

She briefly attended New Canaan High School, and later obtained her high school diploma through the Texas Tech University Independent School District. She also attended the Houston School of Film and Theatre, and took a youth modeling course through Mayo-Hill/Houston.

Leven Rambin started pursuing her professional acting career at the age of 13, when she joined the main cast of the ABC soap opera “All My Children”, in which she landed the role of Lily Montgomery, the autistic daughter of Jackson Montgomery, portrayed by Walt Willey from 2004 to 2010. She also starred as Lily’s half-sister Ava Benton, the role that lasted for only two years.

For her performance, she received two Daytime Emmy Award nominations in the category of Outstanding Younger Actress in a Drama Series. While filming it, she continued to work on other projects; in 2006, she took the main part of Caroline Paxton in the NBC drama series “The Book Of Daniel”; however, it was canceled after five episodes.

Her debut feature film appearance came in 2008, when she played Missy Thaxton in the independent comedy film “Gigantic”, next to Paul Dano, John Goodman and Zoey Deschanel. Between 2008 and 2009, she landed the recurring role of Riley Dawson in the Fox sci-fi series “Terminator: The Sarah Connor Chronicles”, which is a spin-off from the “Terminator” film series. It was followed by her appearance as Sloan Riley, the daughter of Dr. Mark Sloan, in the critically acclaimed ABC medical drama series “Grey’s Anatomy” (2009-2010), which is the longest-running primetime medical drama series in the history of American television.

In 2010, Leven Rambin played Carla Evans in the drama film “Case 219”, written and directed by James Bruce, after which she landed her next major role as Heather West in the short-lived ABC comedy-drama series “Scoundrels”, sharing the screen with Virginia Madsen, Patrick Flueger, and David James Elliott. In the following year, she took such recurring roles as Rosie in the Disney Channel fantasy teen sitcom “Wizards Of Waverly Place”, Molly Sloan in the highly popular CBS police procedural drama series “CSI: Miami”, and Chloe Hall in The WB’s drama series “One Tree Hill”.

Her first major film role came in 2012, when she was chosen to play Glimmer in the first film adaptation of Suzanne Collins’ book series “The Hunger Games”, in which she starred along with Jennifer Lawrence, Woody Harrelson and Liam Hemsworth.

The film was a huge commercial success, grossing over $690 million worldwide at the box office on a $78 million budget, and receiving positive reviews from critics. In the same year, she featured as Kim Moriarity in the biographical drama film “Chasing Mavericks” opposite Gerard Butler, and had a part in the music video for the song “Stray Heart” by Green Day.

Thereafter, Leven Rambin was praised for her portrayal of Clarisse La Rue in the fantasy adventure film “Percy Jackson: Sea Of Monsters” (2013), which is the second installment of the “Percy Jackson” film series, based on Rick Riordan’s novel “The Sea Of Monster”; it was a box office hit since it grossed over $200 million worldwide.

The same year, she relocated to New York City to study acting full-time at the Playhouse West Brooklyn Lab, after which she appeared in the supporting role of Natalie in The CW’s sci-fi series “The Tomorrow People” in 2014.

During the same year, she played Daisy in the romantic comedy film “Two Night Stand”, and featured as Kate in the crime drama thriller film “7 Minutes”, written and directed by Jay Martin. It was followed by her appearances as Kendall in the comedy-drama film “Walter”, directed by Anna Mastro, and Catherine in the biographical drama film “I Am Michael”, sharing the screen with James Franco and Emma Roberts, both in 2015. Later that year, she was cast in the recurring role of Athena Bezzerides in the HBO anthology crime drama series “True Detective”, which received critical acclaim, and then directed, wrote, and starred as Stella in the short comedy film “Dinosaur Bones”.

In 2017, Leven Rambin landed such roles as Fern Sreaves in the horror film “Lost Child” and Chloe Jones in the Hulu cult drama series “The Path”, along with Aaron Paul and Michelle Monaghan. Afterwards, she joined the main cast of the TF1/VOX police procedural series “Gone”, in which she played Kit ‘Kick’ Lannigan in 2017 – it was canceled after a single season. She followed with portrayals of Sharise in the 2019 biographical comedy-drama film “The Dirt”, about heavy metal band Mötley Crüe, and Kara in the 2020 action film “The Big Ugly”, next to Vinnie Jones and Malcolm McDowell.

Most recently, she had the part of Eve Metcalf in the black-and-white biographical film “Mank” (2020), which follows the life of screenwriter Herman J. Mankiewicz, and Harper Tucker in the dystopian action horror film “The Forever Purge” (2021), which is the fifth installment of the “Purge” franchise. It’s announced that she will appear in two upcoming film titles – “Homestead” and “Alpha/Beta”, both of which are currently under post-production.

Leven Rambin became romantically involved with producer and director Geoffrey James Clark in 2008. He proposed to her in the Bahamas in the following year, but they eventually called off their engagement in 2011. She went on to date “True Blood” star Jim Parrack in the spring of 2014, the couple became engaged in the summer of the same year, and exchanged their wedding vows at a ceremony held in Buda, Texas on 10 October of the next year. Two years later, they separated and their marriage was dissolved; the main reason for that was his infidelity. It is believed that she’s been single ever since.

She is also a huge supporter of autism research and awareness, as well as the humane handling of animals. She also collaborates with the charitable organization Surf for Live.

In her spare time, Leven enjoys singing, and has taken voice acting classes.

Her favorite sport is field hockey, and she enjoys hiking and boxing.

Her name means ‘life’ in the Dutch language.

She volunteered for the campaign Keep Houston Beautiful, which was founded by her father.

She served as a National Charity League volunteer and Officer.

Her favorite actor is Griffin Newman.