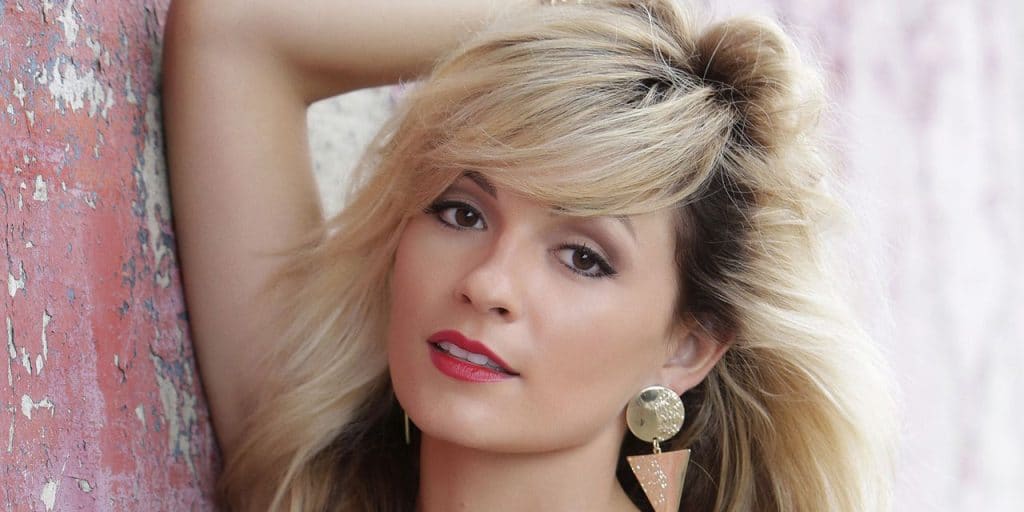 Who is Lindsey Gort?

Lindsey Gort was born on 24 April 1984 under the zodiac sign of Taurus, in Scottsdale, Arizona USA. She is a 37-year-old actress, producer, and writer, probably best recognized for landing the role of Samantha Jones in The CW’s teen comedy-drama series “The Carrie Diaries” (2013-2014), playing Ashlee in the TV Land sitcom “Impastor” (2015-2016), and featuring as Amy Quinn in the CBS legal drama series “All Rise” (2019-2021).

How rich is she, as of now? Lindsey Gort Net Worth

As of mid-2021, Lindsey Gort’s net worth is estimated at over $800,000, acquired through her successful involvement in the world of entertainment. She has worked on nearly 40 television and film acting credits since she launched her career in the late 2000s.

Lindsey Gort spent her early years in her hometown of Scottsdale, where she was raised by her parents; however, there is no information about their names and professions; it’s also unknown whether she has siblings or is an only child. She holds American nationality and belongs to White Caucasian ethnic group. Lindsey hasn’t shared any details regarding her educational background.

Lindsey Gort started performing in a local theatre at a very young age, while she made her film debut appearance as Alex in the short drama “Goodbye Horses” in 2009.

Her feature film debut came in the next year, when she played Alicia in the independent thriller film “Forgotten Pills”, written and directed by David Hefner. It was followed by her portrayals of Lindsey in the made-for-TV comedy film “Wing Bitches” (2010) and Rusty in the musical comedy-drama film “Our Footloose Remake” (2011).

She then made her TV debut as Cindy in an episode of the TV comedy series “Sketchy” in 2012, and later that year played Abbie Garner in the drama film “Destinea, Our Island”, next to Joshua Leary and Haley Strode, and featured as Susan in the drama film “Phoenix”, written and directed by Jason Fitzpatrick.

In 2013, Lindsey starred in the minor role of waitress Marjorie in the buddy cop action comedy film “2 Guns”, alongside Denzel Washington and Mark Wahlberg; the film was a commercial success, grossing over $130 million worldwide.

Her big break came when after being turned down twice, she won the role of a young Samantha Jones in The CW’s teen comedy-drama series “The Carrie Diaries”, which is a prequel to the highly popular HBO series “Sex And The City”; the older and previous version of the character was portrayed by Kim Cattrall. The series was developed by Amy B. Harris, based on Candace Bushnell’s book of the same title, and follows Carrie Bradshaw during her junior year in high school, while she was interning at a law company and working for a magazine. It aired for two seasons from 2013 until it was canceled in 2014. She then wrote, produced and starred as Lindsey, in three episodes of the comedy TV series “Two Popular Girls’ Guide” in 2014.

Thereafter, Lindsey Gort landed the title role in the Christmas-themed fantasy drama film “How Sarah Got Her Wings”, and played Tess in the made-for-TV comedy film “Self Promotion”, directed by Zach Braff, both in 2015. Her next major appearance was when she joined the main cast of the TV Land sitcom “Impastor”, in which she portrayed Ashlee for two seasons, from 2015 to 2016. Concurrently, she made guest appearances in other TV series, such as “Baby Daddy”, “Modern Family”, and “The Last Tycoon”.

In 2016, she took the roles of Vivian in the made-for-TV drama film “Urban Cowboy”, and June in the made-for-TV comedy film “Real Good People”, the latter broadcast on the CBS network. In the following year, she appeared in the supporting role of Candy Morningstar in the Fox/Netflix urban fantasy series “Lucifer”, based on the DC Comics character of the same name, and during the same year, she also guest-starred in such TV series as “American Housewife”, “Do You Want To See A Dead Body?”, and “S.W.A.T.”, to name a few.

In 2018, Lindsey Gort had the minor part of Detective Amy Rohrbach in the DC Universe/HBO Max superhero drama series “Titans”, which follows the DC Comics team Teen Titans and their fight against evil. It was followed by her portrayals of Jillian Winters in the made-for-TV Christmas romantic drama film “A Merry Christmas Match”, next to Ashley Newbrough and Kyle Dean Massey, and Katie Baxter in the made-for-TV comedy film “Best Intentions”, directed by Steve Pink.

She then joined the cast of the CBS legal drama series “All Rise”, in which she starred as Amy Quinn for two seasons from 2019 until its finale in 2021. She made recurring appearances in the first season, while she was later promoted to series regular for its second season. Concurrently, she featured as Jessie Dale in the made-for-TV romantic comedy film “Love Is A Piece Of Cake” in 2020. Most recently, Lindsey was cast as Ingrid Saunders in the ABC action drama series “Station 19” (2021), which is the second spin-off from the hit ABC medical drama series “Grey’s Anatomy.

Lindsey Gort is a married woman – her husband is Beau Laughlin, a producer who worked on “The Canyons” and “Guy”. The couple exchanged their wedding vows at a ceremony held at The Paramour Mansion in Silver Lake, California on 18 July 2015. They don’t have children. Their current residence is in Los Angeles, California.

In her spare time, the actress enjoys singing and playing the guitar.