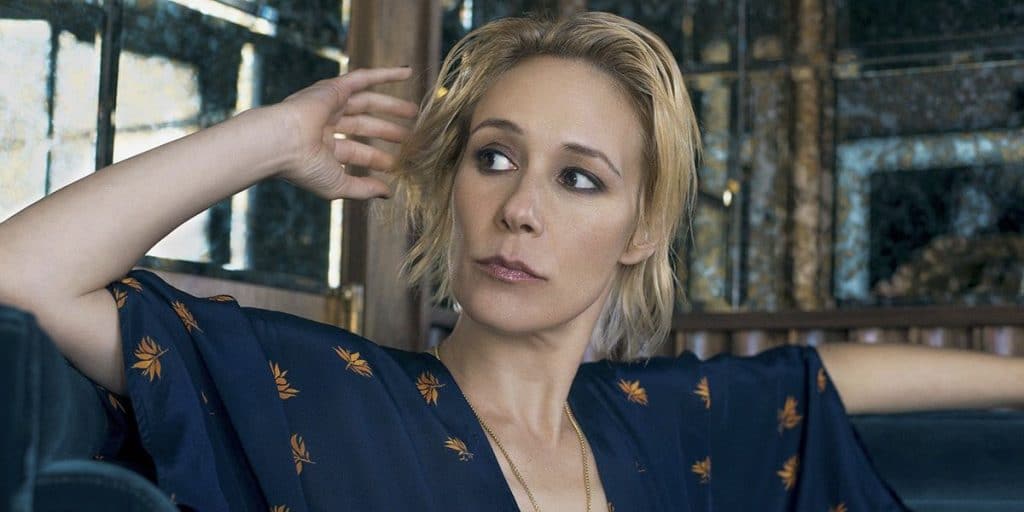 Who is Liza Weil?

Liza Rebecca Weil was born on 5 July 1977,  in Passaic, New Jersey USA – her zodiac sign is Cancer, and she holds American nationality. She’s an actress and a musician, who has appeared in close to 50 movies and TV series, perhaps still known best for her critically acclaimed role in the comedy series “Gilmore Girls”, portraying Paris Geller. It was created by Amy Sherman-Palladino, starred Lauren Graham, Alexis Bledel and Keiko Agena, and follows a mother and her daughter who are living in Stars Hollow in Connecticut; the series aired from 2000 to 2007, and won 24 awards, including a Primetime Emmy, while it was nominated for 85 other awards.

Liza was raised alongside her sister Samantha Weil in Passaic, by their parents Marc and Lisa Weil, who are both former actors and comedians; while Liza was growing up, her parents were members of the comedy troupe The Madhouse of London, and toured around Europe, taking Liza and Samantha with them.

Liza and her family eventually settled in Lansdale in Pennsylvania, and she became interested in acting upon enrolling at a local high school; she was a member of the school’s drama club, and appeared in numerous plays performed both at the school, and at a local theatre. She was a mediocre student, as she cared more about acting than achieving good grades.

Liza matriculated in 1995, and launched her acting career in the same year, rather than pursue a college degree. She debuted with her portrayal of Student in an episode of the romantic series “As the World Turns”.

In 1996, Liza played Margie Corsell in the episode “35 Hours” of the popular family comedy “The Adventures of Pete & Pete”, created by Chris Viscardi and Will McRobb, and which starred Michael C. Maronna and Danny Tamberelli. The series follows the lives of two brothers who are both named Pete, and won one of the five awards for which it was nominated.

Liza was then invited to make a guest appearance in an episode of a couple of series, including the drama “The West Wing” and the mystery crime drama “Law & Order: Special Victims Unit”, before between 2000 and 2002 playing the supporting character Samantha Sobriki in the romantic drama “ER”; the series was popular, airing from 1994 to 2009, and winning 179 awards, including 23 Primetime Emmys, while it was nominated for 370 other awards.

After she was done shooting for “Gilmore Girls” in 2007, and until the end of the 2000s, Liza appeared in an episode or two of several series, including the mystery crime drama “CSI: Crime Scene Investigation”, another mystery crime drama “In Plain Sight”, and the romantic drama “Grey’s Anatomy”.

Her following notable performance was in 2012, when cast to play the supporting character Amanda Tanner in the thriller drama “Scandal”, created by Shonda Rhimes, and which starred Kerry Washington, Darby Stanchfield and Katie Lowes.

The series follows a woman who has launched her own crisis management company, having previously worked as a White House communications director.

Most recently, between 2014 and 2020 Liza stared as Bonnie Winterbottom in the hit mystery crime drama “How to Get Away with Murder”, created by Peter Nowalk, and which also starred Viola Davis and Billy Brown. It follows a criminal defense professor and his students who have become involved in a murder – the series won 19 awards, including a Primetime Emmy, while it was nominated for 78 other awards.

Liza made her debut film appearance with her portrayal of the main character Lucy, in the 1997 short drama “A Cure for Serpents”, while a couple of her following roles were in the 1998 drama “Whatever”, the 1999 mystery horror thriller “Stir of Echoes” and the 2001 short drama “Motel Jerusalem”.

She gained recognition in 2002, when she appeared in the fantasy mystery drama “Dragonfly”, directed by Tom Shadyac, and which starred Kevin Costner and Susanna Thompson; the movie follows a doctor who’s being contacted by his dead wife through his patients, and was nominated for a single award. Liza is also known for her portrayal of Trishelle in the 2007 comedy drama “Year of the Dog” – it follows the way in which a secretary’s life is changing after her dog’s death; the movie won one of the two awards for which it was nominated.

She has appeared in only a couple of movies since then; three of her most recent roles have been in the 2014 short comedy drama “Tribute”, the 2020 drama “The Black Emperor of Broadway” and the 2021 drama “Women Is Losers” – she’s currently shooting for the upcoming drama “Mosquito”.

She sang the song “Walking on Sunshine” in the 2005 episode “How Many Kropogs to Cape Cod” of the series “Gilmore Girls”.

Liza has made a guest appearance in a couple of talk-shows, including “The View”, “Good Morning America” and “The Tonight Show Starring Jimmy Fallon”.

Liza won a 2011 Indie Series Award for Outstanding Guest Appearance, for her performance in “Anyone But Me”.

Liza is quite secretive when it comes to her love life, but there are still two men whom she has been with, that the public knows about. Between November 2006 and 2017, she was married to Paul Adelstein, a popular American actor who has appeared in more than 50 movies and TV series, and is probably still known best for his portrayal of Wrigley in the 2003 romantic crime comedy movie “Intolerable Cruelty”. The two could’ve been seen spending time together on numerous occasions, and attended most of their red carpet events hand in hand; in April 2010, Liza gave birth to their daughter Josephine Elizabeth Weil-Adelstein. Liza and Paul separated in March 2016, and their divorce became official in November 2017.

It’s believed by some that Liza had filed for divorce because she fell in love with Charlie Weber, a famous American actor and former model. They started dating only a couple of weeks after she and Paul separated, and have been together to this day; there are rumors circulating the internet, claiming that Liza and Charlie have recently become engaged, but these haven’t been confirmed.

As of November 2021, Liza is in a relationship with Charlie Weber, was once married, and has a daughter with her former husband Paul Adelstein.

Liza is quite active on Instagram, and it seems that she’s enjoying the attention which she’s receiving from her more than 350,000 followers. She’s uploaded close to 100 pictures onto the network, most of which have been taken during her everyday life.

She’s a huge dog-lover, and her late pet dog Rosie can be seen featured in a couple of her Instagram pictures; Rosie died in 2018.

Liza enjoys spending her spare time outdoors, and summer is her favorite season, as she likes to sun tan at the beach, swim in the ocean and play beach volleyball.

She has her own favorite actors and actresses, some of whom are Channing Tatum, Russell Crowe and Amanda Seyfried, while her favorite movies include “Dear John”, “A Good Year” and “Les Miserables”.