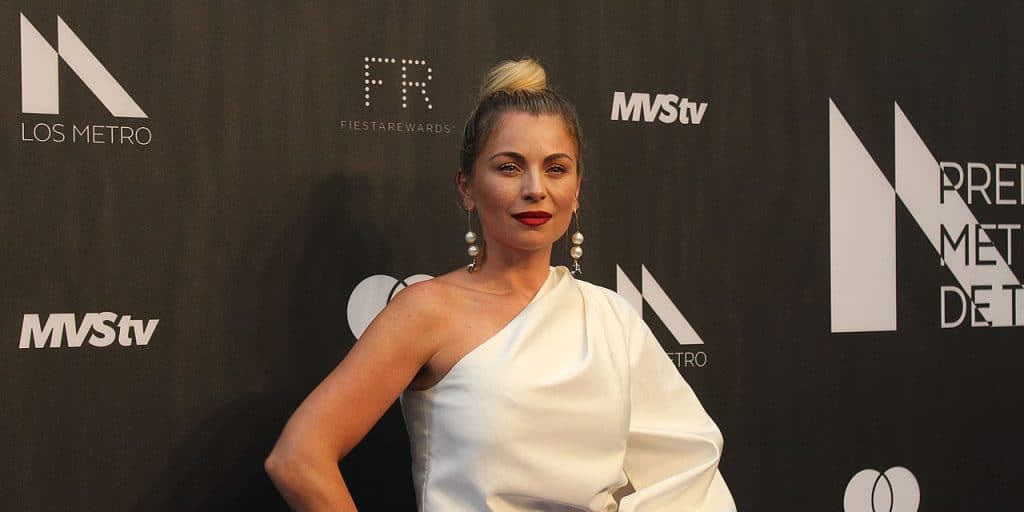 Who is Ludwika Paleta?

Ludwika Paleta was born on 29 November 1978 under the zodiac sign of Sagittarius, in Kraków, Poland. She is a 43-year-old Polish-Mexican actress and producer, probably best recognized for starring in a number of Mexican telenovelas, such as “María La Del Barrio”, “Mujer De Madera”, “Duelo De Pasiones”, and “La Querida Del Centauro”, among many others.

How rich is she, as of now? Ludwika Paleta Net Worth

As of late 2021, Ludwika Paleta’s net worth is estimated at over $5 million, acquired through her successful involvement in the world of entertainment. She has garnered more than 30 television and film acting credits since she launched her career in the late 1980s.

Ludwika Paleta was raised by her father, Zbigniew Paleta, who was a Polish violinist and composer for Mexican telenovelas, and her mother Barbara Paciorek Paleta, who worked as an art teacher. Her elder sister is actress Dominika Paleta. She moved with her family to Mexico in 1980 at the age of two, so holds both Polish and Mexican nationality and belongs to White Caucasian ethnic group. She is fluent in Polish, Spanish, and English, but Ludwika hasn’t shared any details regarding her formal education.

Ludwika Paleta started pursuing her professional acting career in 1989, when she made her debut appearance as María Joaquina Villaseñor in an episode of the children’s telenovela “Carrusel”, alongside Gabriela Rivero. Her big break came three years later, with the role of Alejandra in the Televisa-produced telenovela “El Abuelo Y Yo”, opposite Gael García Bernal. From 1995 to 1996, she was cast as María de los Ángeles ‘Tita’ de la Vega in Angelli Nesma Medina’s telenovela “María La Del Barrio”, in which she shared the screen with Thalía, Fernando Colunga and Osvaldo Benavides; for her performance in the series, she won the Premios TVyNovelas Award for Best Young Lead Actress.

It was followed by her appearance in the supporting role of Norma Vargaslugo in the telenovela “Huracán”, created by Alejandro Camacho and Rebecca Jones for Televisa.

At the beginning of the next decade, Ludwika continued to line up successes, initially booking the main role of Jimena de la O in the juvenile telenovela “Amigas Y Rivales”, broadcast on Canal de las Estrellas in 2001. Two years later, she made her debut feature film appearance as Ximena in the thriller film “Seis Días En La Oscuridad”, written and directed by Gabriel Soriano. During the same year, she played Rita in the short comedy film “Como Dios Manda”, and featured as Fernanda Montenegro in the romantic comedy film “Corazón De Melón”.

It was followed by her portrayal of Aída Santibáñez Villalpando in the telenovela “Mujer De Madera” (2004), created by Emilio Larrosa for Televisa and aired on Canal de las Estrellas, and in 2006, she starred as the main protagonist Alina Montellano in Juan Osorio’s telenovela “Duelo De Pasiones”, opposite Pablo Montero and Erika Buenfil.

In 2007, Ludwika Paleta had such parts as Bella in the sci-fi film “Polvo De Ángel”, written and directed by Óscar Blancarte, and Miranda Sámano in the thriller film “Propiedad Ajena”, next to Humberto Zurita and Rib Hillis.

Later that year, she joined the main cast of the Televisa telenovela “Palabra De Mujer”, in which she played Paulina Álvarez y Junco until its finale in 2008, appearing in more than 140 episodes.

The following year, she appeared as Marina in the comedy film “Allá Y En Tonces” and Nora in the comedy film “No Sé Si Cortarme Las Venas O Dejármelas Largas”, for which she was also an associate producer. For the latter, she won both the Premios Bravo Award for Girl Revelation, and the Diosas de Plata Award for Favorite Lead Actress.

In 2014, Ludwika Paleta starred as Toribia Venegas in the musical comedy film “Volando Bajo”, which was followed by her portrayals of Gaby in the drama film “Rumbos Paralelos”, directed by Rafael Montero, and Aura in the romantic drama film “Un Cuento De Circo & A Love Song”, both in 2016.

Her next major role came when she played Yolanda Acosta in the Telemundo telenovela “La Querida De Centauro” from 2016 to 2017, and the next year, she featured as Hungarian-American actress Zsa Zsa Gabor in the Claro Video biographical drama web series “Rubirosa”.

She then had the part of Ana in the 2019 comedy-drama film “Modern Loves”, and most recently Ludwika portrayed Ana in the Netflix comedy series “Daughter From Another Mother”, and landed the role of Cecy Díaz in the comedy film “Guerra De Likes”, both released in 2021.

Ludwika Paleta had married twice. Her first husband was Mexican actor Plutarco Haza – they tied the knot at a ceremony held in 1998, and she gave birth to their son named Nicolás on 11 November 1999. After being married for a decade, the couple divorced in 2008.

Following their split, she went on to marry financial analyst and businessman Carlos Emiliano Salinas, who is known as the son of former President of Mexico Carlos Salinas de Gortari, on 20 April 2013. Their residence is in Mexico.

Her favorite TV series is “Friends”.