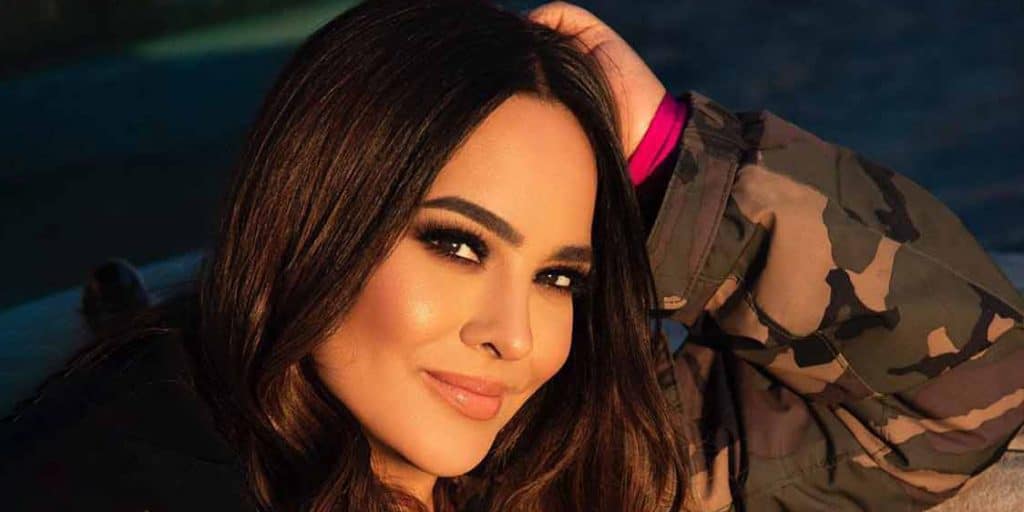 Who is Mayeli Alonso?

Mayeli Alonso was born in Chihuahua, Mexico, on 1 December 1984 – her zodiac sign is Sagittarius, and she holds Mexican nationality. She’s a social media personality and a reality show star, who’s perhaps known best for being the former wife of Lupillo Rivera, a famous American singer.

Mayeli was raised in Chihuahua by her parents, about whom nothing’s known, as they prefer to be left out of media; as Mayeli hasn’t spoken of having any siblings, she’s widely believed to be an only child.

She became interested in modelling at a very early age, and most of her peers shared her interest, while others wanted to become famous actresses.

Mayeli began appearing in her high school plays aged 15, and also started sending her pictures to various modelling agencies. She was 17 when she found work to financially support herself, starting off as a waitress, and then becoming a babysitter.

Upon matriculating in 2002, Mayeli chose not to pursue a college degree, but to focus on work.

Mayeli’s today the CEO of an online shop for false eyelashes, called Town of Lashes, and she’s also the person standing behind Punk Fashionista, an online fashion blog.

In 2015, Mayeli appeared in an episode of the drama show “Rica Famosa Latina”, which stars Victoria del Rosal, Luzelba Mansour and Sandra Vidal, and follows the lives of the rich Los Angeles Latinas; the show has been airing since 2014.

Mayeli’s an Instagram star, having amassed more than one million followers on the network, while she’s uploaded over 400 pictures, the majority of which have been taken during her everyday life.

She doesn’t have a TikTok account, but many videos featuring her have been uploaded onto the network, and these have been watched nearly 23 million times.

Mayeli and Lupillo Rivera exchanged vows in 2006, in a private ceremony attended by only their closest friends and family members; the two had been dating for around a year prior to the wedding. In the following five years, Mayeli gave birth to their two children, named Karizma and Irey, but in April 2018, Mayeli and Lupillo separated for unknown reasons; it’s widely believed that Mayeli left him after she found out that he was cheating on her, but this hasn’t been confirmed. Their divorce was finalized in May 2019.

Several months later, Mayeli began dating Jesus Mendoza, a Mexican musician who is eight years her junior; they were together until March 2021, when Mayeli initiated their break-up for unknown reasons.

As of August 2021, Mayeli seems to be single, has been married once, and has two children with her former husband Lupillo Rivera.

Mayeli’s a philanthropist, who has worked with various charity organizations, while she’s mostly focused on working with those which aim to help underprivileged children, and the elderly.

She loves to eat sweets, and enjoys pancakes with Nutella the most.

Mayeli loves to travel, and has been to several US states, as well as to a couple of South American countries; her dream travel destination is still Los Angeles in California.

She’s physically active, and has a couple of training sessions at the gym every week, while she’s also following a somewhat strict diet; summer is her favorite season, mostly because she enjoys showing off her body at the beach.

Mayeli likes to watch movies late at night, and her favorite actor and actress are Leonardo DiCaprio and Angelina Jolie, while a couple of her favorite movies are “Titanic”, “Catch Me If You Can” and “Mr. and Mrs Smith”.

Who is her ex-husband Lupillo Rivera?

Guadalupe Rivera Saavedra, known better by his professional name Lupillo Rivera, was born in Long Beach, California USA, on 30 January 1972 – his zodiac sign is Aquarius, he holds American nationality, and is of Mexican descent. He gained recognition in 2010, when his album “Tu Esclavo y Amo” won him a Grammy Award.

Lupillo was raised in Long Beach alongside his sister Jenni Rivera, by their father Pedro Rivera, and their mother Rosa Saavedra; his sister Jenni was a singer-songwriter and actress, who died on 9 December 2012 aged 43, when her plane crashed.

Lupillo studied at Long Beach Polytechnic High School, and upon matriculating in 1990, he chose to focus on music, rather than to pursue a college degree.

He initially wanted to become a restaurateur, but as his father was the owner of the studio Cintas Acuario, he gave his son a job. Lupillo was hired to be a talent agent, and to search for performers in local bars, but instead he became a singer himself.

He released his debut album “Selena, La Estrella” in 1995, and in 1999 two albums, entitled “El Moreno” and “Puros Corridos Macizos”. He released seven albums in the following two years, and gained recognition with his 2001 album “Despreciado”, which topped the Billboard Top Latin Albums Chart.

In 2002, Lupillo released his albums “Amorcito Corazon” and “Los Hemanos Mas Buscados”, and in 2004, his album “Con Mis Propias Manos” came out, again topping the Billboard Top Latin Albums Chart. In 2006, Lupillo’s album “Entre Copas y Botellas” was released, and was certified Gold by the Recording Industry Association of America (RIAA). In 2010, Lupillo released his album “24 Horas”, but hasn’t since been active in the music industry, although he hasn’t officially retired.