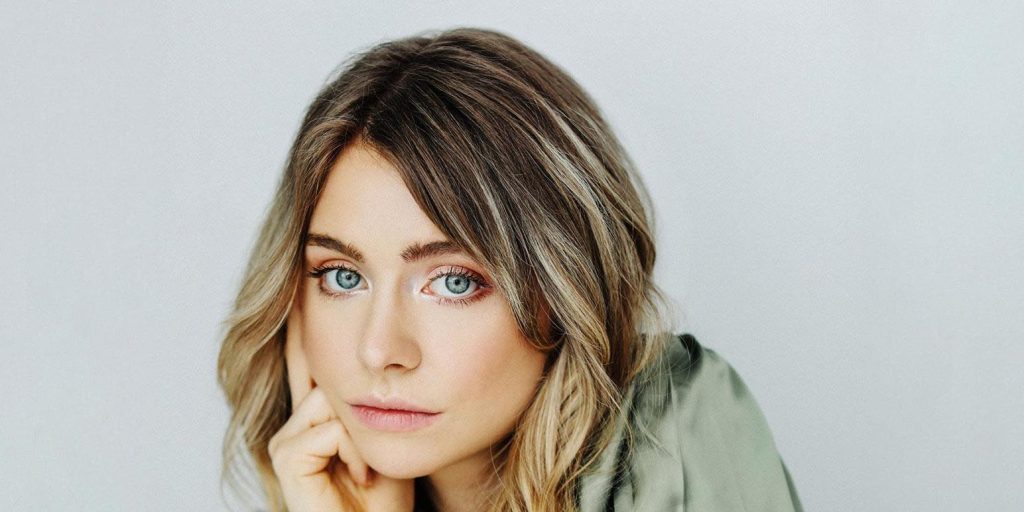 Maddie Phillips is a renowned Canadian actress, social media influencer, entrepreneur, and theatre artist, who began her career in 2013 and has so far featured in productions such as “Supernatural,” “The Crossing,” and several others.

Born Maddie Phillips in British Columbia, Canada, under the Virgo zodiac sign on 6 September 1994, the famed entertainer is 27 years old as of late 2021. She was raised by her parents, whose names she hasn’t revealed, in Vancouver before they relocated to Perth, Western Australia, where her mother’s family used to live – she was 10 years old then. Phillips had a knack for acting even as a child, and at the age of six she used to perform in a mixture of “Cindi Lou Who” and “Cinderella” theatre school plays.

When she was growing up, Phillips would frequently daydream and zone out, which made her parents presume that she was suffering from epilepsy; she was taken for a couple of tests, and had to spend days in the hospital per every session – fortunately, she tested negative as she revealed during an interview with Just Jared.

Maddie matriculated from her high school at Penrhos College in 2012, and was admitted to the London Academy of Music and Dramatic Arts (LAMDA) to study theatre, earning herself a high distinction. After she graduated, Maddie moved back to Canada and applied for an acting program created by Vancouver’s Capilano University and was lucky to be accepted.

However, she failed to attend, and instead hired an agent who would guide her through professional acting. She also started going to Studio On the Drive for training, and was taught by various skilled coaches including Arron Craven and Ingrid Torrance. She also went to Railtown Studios, where she was trained by John Cassini, and later to The Actors Foundry, where her tutor was Matthew Harrison. More recently, she joined Austin Tuck Studios, where in addition to studying, she coaches upcoming actors alongside Deb Podowski, with whom she shares a long-lived professional relationship.

Maddie revealed during an interview that her favourite films are the “Harry Potter” franchise, and said that ‘Growing up I listened to “Harry Potter” audiobooks like my entire life depended on it. I listened to it when I woke up, on the way to school, on my way home, and while I fell asleep.’

She loves drawing and painting, and is often seen posting her artwork on her Instagram page and finds the hobby a great means of unwinding and expressing herself. She also likes poems, and her favourite poet is Nayyirah Waheed, the author of 2013’s modern classic “Salt.”

The Canadian actress grew up very physically active ,and loved playing soccer – she was involved in sports for close to ten years as a child.

She also loves going for photoshoots, and getting to meet creative people there – looking at her Instagram page, most people get the impression that she’s a supermodel.

She is an animal lover, and keeps a beautiful white and black pet dog.

Maddie made her film debut with a minor role in 2013, in the “If I Had Wings” sports-drama movie. Her praised performance saw her selected for her first starring role, in “Antoinette” short film in the year that followed. In the same year, she appeared in the “Nightwing: Prodigal” film, alongside Jessica Racz and Brady Roberts, who assumed starring roles.

In 2015, she was seen in the “Considering Love and Other Magic” fantasy-drama movie, before she appeared in the critically acclaimed Kyra Sedgwick-directed “Story of a Girl” drama, which starred Kevin Bacon, Ryann Shane and Jon Tenney.

Maddie had created a name for herself in Hollywood by 2017, which saw her landing the role of Violet in the film “Woman of the House”, in which she appeared alongside Charlie Carrick and Kirsten Zien. Two years later, she was in “A Feeling of Home”, and portrayed Janet before appearing as Katie in the film “Made for You, With Love” during the same year. Her most recent TV films roles are in the Dion Arnold-starred “Summerland” (2020), and 2021’s “Four Walls” comedy-drama.

Before she rose to prominence, Maddie was seen in 2015’s “iZombie”, and “Lucifer” in 2016 before making an appearance in the “Legion” sci-fi action series. She made her career breakthrough with her first recurring role, as Devon D’Marco in the fifth season of Netflix’s “Project Mc2” comedy-drama show. The award-winning show follows the story of several super intelligent women who are well-versed in science, and are recruited to work for the NOV8 spy organization. Her fame saw her next selected to play the role of Randeen in the “Ghost Wars” TV series (2017-2018) before she was cast in three other shows as a guest, including in 2018’s “The Crossing” and “Van Helsing”.

In 2020, she landed the prominent role of S.Wesley in the “Teenage Bounty Hunters” crime-drama series, in which she stars alongside Kadeem Hardison and Anjelica Fellini.

The show follows an enthralling story of Blair (played by Anjelica), who forms a bounty hunting force with her sister, and portrays their daily high school troublesome life mixed with their bounty hunting assignments.

Maddie is active on several social media platforms including Twitter and Instagram, with more than 20,000 followers. She updates her fans about her recent career endeavours, and her early life experiences through her social media handles.

Phillips is an introvert, and prefers keeping her personal details away from the public. However, she was previously seen dating Nick Bean, a musician and reality star, but the couple parted ways a few years ago.

She is single as of late 2021, seemingly focused on her career, which is blossoming rapidly.

Since she began her career, Maddie has appeared in over 30 productions which have contributed to her net worth, and which as of late 2021 is estimated at close to $2 million, according to sources.