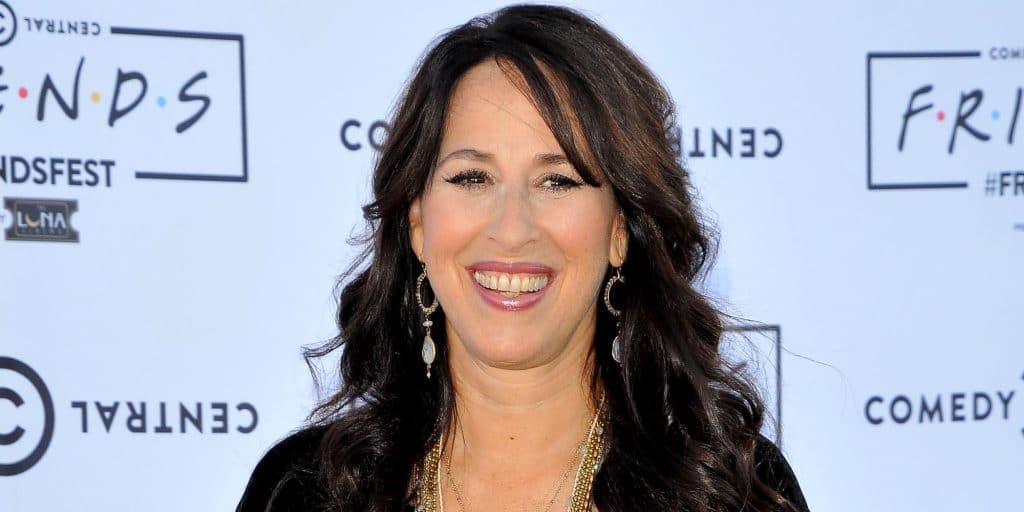 The famous actress Maggie Wheeler has made a name for herself in the American entertainment industry, for her numerous performances in successful productions such as the sitcoms “Friends” and “Everybody Loves Raymond.”

Born on 7 August 1961 under the Leo Zodiac sign, in New York City, USA, Margaret Emily ‘Maggie’ Jackson is 60 years old as of late 2021. She was raised the only child in her family by Barbara Jakobson, a writer and her husband John Jakobson who had a blossoming profession in the NY Stock Exchange market; they were of Ashkenazi Jewish ancestry. Maggie, as her parents nicknamed her, spent her childhood at a Vermont-based summer camp where she developed an interest in music. She aspired to be a gospel musician who would one day perform music of Africa and spirituals.

The Manhattan-born star went to Calhoun School, and later matriculated to the New York-based Sarah Lawrence College from where she graduated with a bachelor’s degree. She later attended and graduated from Community Choir Leadership Training, situated in Victoria, Canada.

Maggie aspired to be a voiceover artist as opposed to an actress, as she revealed during an interview.

She enjoys spending her free time watching films and TV series – her favorite shows are “Law and Order,” “Sherlock,” and “How To Get Away With Murder.”

Her daughter, Gemma is a TikTok star who has uploaded several videos joking about her mother’s role of Janice in “Friends.”

Wheeler likes traveling, and spends most of her free time touring universities, communities, schools, and retreat centres; she enjoys bringing together musicians from around the globe to create unique and special music.

She also enjoys teaching oral traditions, and a Cappella to vocalists of all levels, with her aim being to bring out the best in her students. She owns a vocal workshop named “Singing in the Stream.”

Roles in Films and TV Series

Wheeler began her career in the ’80s doing voiceovers, and was heard performing in several radio spots for CBS Records and MTV. Her role in “The New Show” primetime comedy sketch by NBC made her famous, and shortly afterwards she was hired to work with Rankin/Bass animation company.

In 1990, Maggie switched from voiceovers to making TV show appearances, and when she went for “L.A. Law” auditions, she landed the role of Paula. She later featured in the TV series “Dream On” portraying Bonnie. In 1992, she had her career breakthrough when she featured in the award-winning series “Seinfeld”, assuming the role of Cynthia. Fame followed this success, and she was next seen in several other shows during the years that followed, including “Sexual Healing,” ”Civil Wars,” ”The X Files,” and several others.

1994 saw Maggie going to audition for the role of Monica in “Friends” – although she failed to secure the role, she was taken on to portray Janice Litman, and made guest appearances in about 20 episodes of the award-winning show. Later that year, she was selected for her first starring role in the sitcom “Ellen”, in which she featured as Anita for three seasons. In 1996, she landed another major role of Linda in the “Everybody Loves Raymond” sitcom, in which she appeared until 2004.

Maggie’s most notable roles are in shows such as “How I Met Your Mother” (2007), “Curb Your Enthusiasm” (2011), “Californication” (2013), among many others. She is also credited for voicing several characters such as Antiope and Trinette in “Justice League” and “Archer” (2009) respectively.

Maggie recently made a guest appearance in a “Friends” reunion special that aired on HBO Max on 27 May 2021. Her appearance was meant to be a surprise, as she slipped into Chandler’s longtime on-off friend Janice. She appeared from upstage, and before entering the scene, had to hide in her dressing room since she was very popular with her audience, and felt nervous that they would begin screaming for her as soon as she appeared.

The choir was established more than 15 years ago, and gives aspiring musicians a chance to pursue their dreams while interacting with skilled American artists and coaches, such as Emile Hassan Dyer. Maggie has recorded a few songs, including “Michael Row the Boat,” “Sweet Time” album (released in 2008),”Walk With Me,” album of 2018 (released together with a songbook), and several others.

Maggie has been married to Daniel B. Wheeler for 31 years now; they wedded in October 1990, at a ceremony held in Los Olivos, California.

OH MY GAWD! Maggie Wheeler AKA Janice will be saving a spot for you on the iconic Friends couch TODAY from 12-2pm at Macy's in Herald Square!

They have two children together, both daughters named Juno and Gemma Wheeler who were born in 1994 and 1999 respectively. Daniel is an award-winning set designer and sculptor, who works primarily on ceremonial objects. His works have featured a couple of times in The Los Angeles Times, and he won 1990’s LA County Museum of Arts’ Here & Now Award. His art is showcased in many exhibitions, and also in his house. He revealed during an interview that he used to make Valentines arts for his wife, and also designed and made sculpture for his daughters.

In the past, Mggie was in a romantic relationship with David Duchovny, a famous multi-faceted American producer, singer-songwriter, and actor. The two met during the shooting of “New Year’s Day” in 1989, and dated briefly before parting ways.

There were rumors spreading on Facebook in August 2015 that Maggie Wheeler had passed away. Her fans were devastated that their popular icon had succumbed to a heart attack – according to some websites, she had been found dead in her room. Later, Bill Zayne, her attorney, confirmed that Wheeler was alive and well, saying that she had just celebrated her birthday. Bill took to Facebook, saying ‘Maggie is alive, she’s completely harmless doing fine with her family who were shocked to hear on the social media about Maggie’s death rumor.’

Wheeler is of Jewish ethnicity and has long dark brown hair and dark brown eyes. She stands at the height of 5ft 5ins (m), weighs approximately 116lbs (53kg) and has an hourglass figure with vital statistics of 33B-25-37.

Since she made her career debut, Maggie has appeared in 70 TV titles, which has made her name known and brought her a modest fortune. According to credible sources, she is worth close to $2 million as of late-2021.